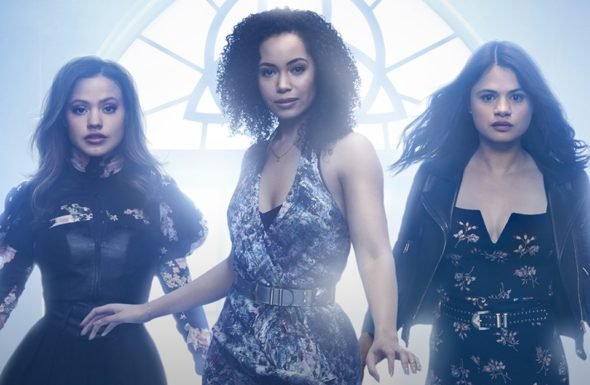 CW’s Charmed series is changing its showrunners, as Jeffrey Lieber, Joey Falco, and Nicki Renna are taking over the duties for the fourth season of the drama series. The trio will replace Liz Kruger and Craig Shapiro who were the showrunners for the series since the beginning of its second season. Both Kruger and Shapiro will remain on the series as executive producers.

Kruger and Shapiro said this in a statement about their departure from the series as showrunners:

“We have treasured our time on Charmed during the last two seasons and look forward to continuing on as executive producers while we pursue our development with CBS Studios, We are excited for the fans to see what the new team of Nicki, Joey, and Jeffrey have in store for Season 4 and are confident that the show is in excellent hands!”

The fantasy series follows three sisters played by Melonie Diaz, Madeline Mantock, and Sarah Jeffrey, who discover that they are witches after the tragic death of their mother. Soon they harness their power and stand up against the evil supernatural beings.

Earlier this summer, Mantock said her goodbyes to the series and left her role as the eldest sister Macy Vaughn who has been with the series since the first season of the reboot.

The new co-showrunner Falco said this to TVLine about the upcoming Charmed Season 4:

“This seasons is going to be about grief and trauma, and how that can change people.” The showrunners also teased a storyline about sisterhood and a new character who’s “edgy and smart and has a wicked sense of humor.”

Charmed is based on the original CBS series of the same name.