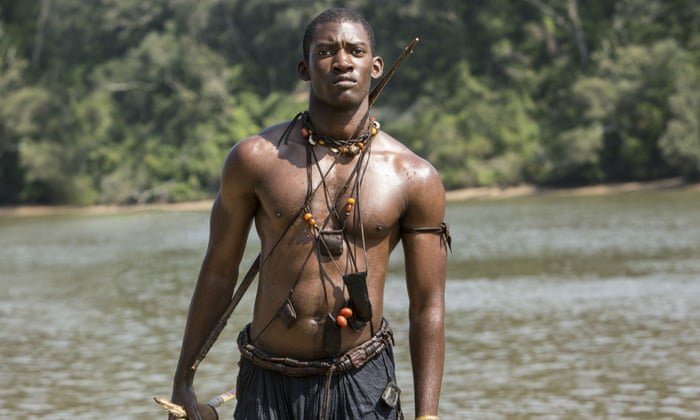 Amazon Prime’s adaptation of Neil Gaiman‘s Anansi Boys has cast the actor for the lead role of both Charlie Nancy and his brother Spider. According to Variety, Malachi Kirby will be playing both roles in Anansi Boys.

Anansi Boys tells the story of our hero Charlie Nancy, as he discovers that his estranged and recently deceased father is actually Anansi, the West African trickster god of stories. With this, he also finds out that he has a twin brother named Spider, who enjoys an interesting but life and wants Charlie to join him. Gaiman wrote the novel after an interesting conversation with Sir Lenny Henry. Anansi Boys was Gaiman’s first New York Times bestseller, after being in the works for over ten years.

The character of Charles Nancy, sometimes known as Fat Charlie, is described as awkward, stressed, engaged to be married, and working at a job he hates for a boss who he also hates. He is as normal as one can be until he learns that he is a son of a god and he has a magical brother named Spider, who is described as cocky, self-assured, magical, superpowered, utterly amoral, and perhaps a bit of a bad guy.

One the casting of Kirby, Gaiman said this:

“Malachi Kirby is an actor of astonishing sensitivity, charm, and power. We needed somebody who could bring us the humanity of Charlie and the godly dangerousness of Spider; who could play two very different characters and who could in many ways carry the show. We found Malachi, and I am so thrilled that we did. He’s astonishing.”

It was previously announced that Delroy Lindo will be taking on the role of Anansi/Mr, Nancy but the character also appears in the Starz series American Gods, and this Amazon Prime series is a standalone series with no connection from any other TV show.

The BAFTA-winning actor is known for his role in shows like Small Axe, Devils, Black Mirror, and Roots. He has also appeared in episodes of Men Against Fire, My Murder, and Dr. Who.

Amazon has given a six-episode series order for Anansi Boys and the series is expected to begin filming in Scotland later this year. The series will be executive produced by Gaiman, Henry, Douglas Mackinnon, Hanelle M. Culpepper, Hilary Bevan Jones, and Richard Fee. Aside from Gaiman and Henry the series’ writer’s room includes Arvind Ethan David, Kara Smith, and Racheal Ofori.

Gaiman and Mackinnon will be serving as co-showrunners on the series and the first episode will be directed by Culpepper, and the other directors are Jermain Julien and Azhur Saleem.

Anansi Boys is not the only Gaiman series in the works, Netflix is also creating an adaptation of the DC Comics’ The Sandman created by Gaiman, and the series is filming right now in London with star Boyd Holbrook, and the production on the series will wrap up in June. Gaiman’s work has always been suited for adaptations and until those adaptations haven’t disappointed so let’s hope that Anansi Boys will exceed our expectations just like Good Omens did.