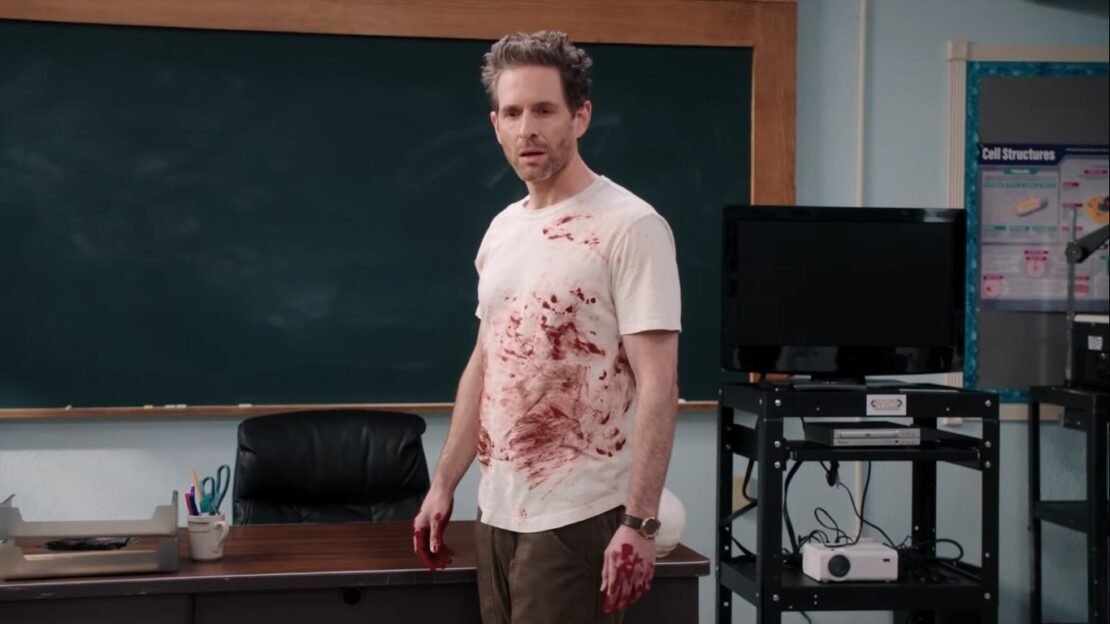 Sit down and Start Shutting up now.

Peacock has just released the trailer for the upcoming fourth season of Glenn Howerton‘s acclaimed comedy series A.P. Bio, and it looks like a bucket of fun. Introducing the Evil Dead film franchise famed Bruce Campbell as Jack Griffin’s father this season will take the students of Whitlock High School and the audience on a new ride to the insanity that will happen in the classroom.

Created by Michael Patrick O’Brien this high school comedy first aired on NBC in 2018 with its first season and then the second season was renewed and it also ran on NBC, but then it wasn’t renewed for a third season and then the show went ahead and became a Peacock (NBC’s streaming service) Original, and on Peacock, we will stream the upcoming season of the beloved comedy series.

Peacock’s official synopsis for the series is, “When disgraced Harvard philosophy scholar Jack Griffin (Glenn Howerton) loses out on his dream job, he is forced to return to Toledo, Ohio, and work as a high school Advanced Placement biology teacher. As he comes crashing in to Whitlock High School, Jack makes it absolutely clear he will not be teaching any biology. Realizing he has a room full of honor roll students at his disposal, Jack decides instead to use the kids for his own benefit. Eager to prove that he is still king of the castle, Principal Durbin (Patton Oswalt) struggles to control the force of nature that is Jack Griffin.“

A.P. Bio Season 4 will premiere exclusively on Peacock on September 2.

Are you excited about A.P. Bio Season 4?