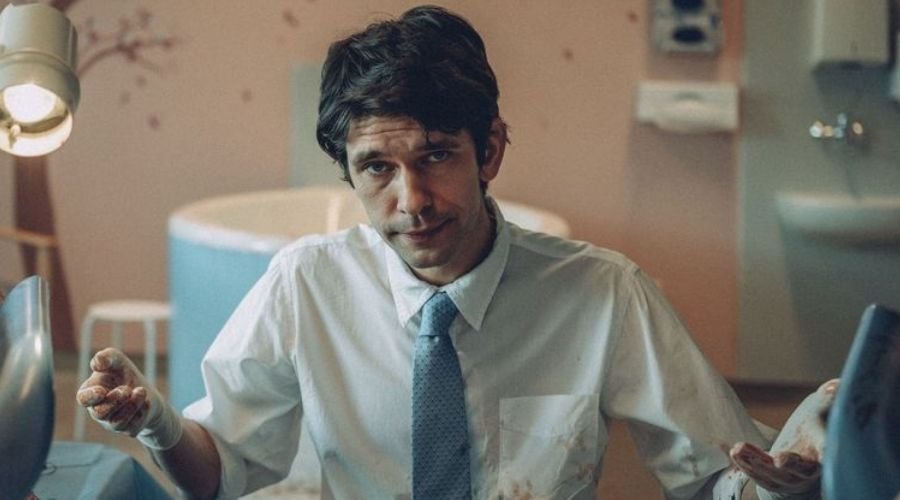 Spoilers Warning For This Is Going to Hurt Season 1

Based on Adam Kay‘s novel of the same name the new BBC drama This Is Going to Hurt shows Kay’s experiences while working at NHS as a doctor in the OB/GYN ward. The series premiered on February 8, with seven episodes, which are available to binge on iPlayer or you can watch the series as it airs its episodes weekly on every Tuesday. The series stars Ben Whishaw as Adam Kay, who has given a wonderful performance and truly made the viewers feel for the self-hating doctor and protagonist. The series also stars Ambika Mod as Shruti, Rory Fleck Byrne as Harry, Michele Austin as Tracy, and Harriet Walter as Veronique, Kay’s mother.

This Is Going to Hurt is simply one of the best shows that have come out this year because of its brilliant cast and amazing storytelling. The series doesn’t try too hard to defend its main character but it also makes us understand that he is a human with flaws and is working in a broken system with tons of pressure to get everything right everytime, which is just not possible. He obviously makes mistakes, some innocent and some not so much but at the end of the day many things are out of his hands as he has done everything possible. The character always seems to be connected to the viewers, and that may be because of the breaking of the fourth wall, which makes us feel as we know the character more than the people around him.

While Whishaw has done a brilliant job, the standout performance of the series has to be of Mod, who plays the role of Shruti. The character of Shruti starts out as a wide eyed student doctor who starts to feel the pressure of the job, because of the unhelpful and unsympathetic colleagues and never ending tragedy and pressure of the NHS. The character always makes us feel like that no matter what happens now everything will be okay at the end, and that’s why when Shruti takes her own life in the sixth episode it is such a gut punch and shocking to say the least and to top it all of we don’t even see the people around her grieve because the seventh episode starts with a two month time jump.

The series ends with Adam trying to decide if he should leave the medicine career for good and try to live a happy life Harry, but he just can’t let go of the feeling that he has to do this despite all the pressure and bodily fluids flying all over him. The series also makes it clear that if you choose to be a doctor at NHS, there is a very big possibility that you won’t have the time for anything else in your life, and when you are as shut off as Adam is in the series, there is an absolute that chance that you will mess up every relation you are in. While the series ends on a somewhat positive note it surely doesn’t wash away the tragedies that happened along the way and they are clearly still weighing on Adam very heavily. So, let’s see what happens will the creators of the follow the real story of Adam Kay and make him quit the profession in 2010 and start writing novels or will they go the other way and keep the series a medical/human drama.

This is Going to Hurt Season 2 hasn’t been renewed yet but there is a strong chance because of the positive reviews that it will get renewed and we might get to see Adam again.