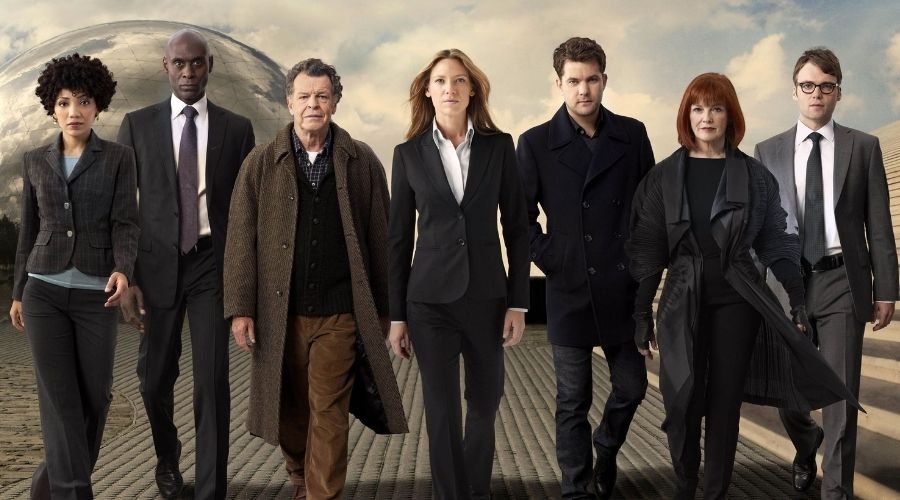 Fringe is a brilliant sci-fi series from the genius minds of J.J. Abrams, Roberto Orci, and Alex Kurtzman. Fringe is a sci-fi paranormal series that follows the fictional Fringe Division of the FBI, supervised by the Department of Homeland Security. The Fringe Division uses fringe science to investigate unexplained phenomena all of which are tied to a parallel dimension. The series follows Agent Olivia Dunham (Anna Torv) as she recruits private contractor Peter Bishop (Joshua Jackson) to join the team so that he can help them with working with his father Walter Bishop (John Noble), who is a legend in the field of fringe science. Fringe ended with its fifth and final season in 2013 and is still considered to be one of the best sci-fi series ever made. So, if you also miss Fringe, here are some more brilliant shows you could watch.

Altered Carbon is one of the best sci-fi thriller series ever made at least the first season has to be. The Netflix series follows Takeshi Kovacs who wakes up 300 years into the future in a new body. As he later finds out that in the future a new technology has transformed the entire world, this technology allows human beings to have interchangeable bodies which makes death pretty much irrelevant as the rich can live on forever. Kovacs is the last surviving member of the interstellar warriors and now he has been allowed to wake up to solve a murder of a rich businessman.

The FX Marvel series everybody loved and now has forgotten about, Legion. The brilliant superhero series starring Dan Stevens as the lead character David Haller, who is thought to be a paranoid schizophrenic and is admitted psychiatric facility, but when he gets there he meets and realizes that he may not be sick after all. The series is brilliantly bonkers and completely throws out the norms of a superhero series.

Also Read: Also Read: Best Shows Like ‘The OA’ to Watch If You Miss the Series

The OA is one of the most fascinating and mind-bending sci-fi series ever created and even though the series was not completed as created by Brit Marling intended, still The OA garnered a massive following and upon its cancellation, the fans of the series were not even believing the news of cancellation to be true and theorizing that the cancellation news is a trick that the streaming platform is pulling to promote the upcoming season (to talk about this more spoils the series for those who still haven’t watched it). The brilliant series tells one of the best and most confusing stories of all time following Prairie Johnson (Marling) who return home after a seven-year disappearance, and her return becomes more and more confusing as she was blind when she disappeared but now she is not and she is not talking about the disappearance.

Lost will always be one of those shows that people will compare another shows to because during its run and even after it ended the mystery series remained at the top. Lost has a very brilliant and fascinating story involving a tropical island, smoke monsters, and time travel. While the series is highly regarded many fans of the series do admit that its finale is confusing at the very least and doesn’t do justice to the series.

Even though the original David Lynch’s Twin Peaks series only ran for two seasons, it instantly became one of the most applauded series out there and the series is so brilliant that it is still talked about to this day despite it having been released in 1990 and then it was canceled in 1991, but Showtime brought the series back in 2017 for one more season which was loved worldwide. Twin Peaks is one of the first big murder mystery series that involved supernatural and occult elements in its story.

Black Mirror is one of the most inventing and fascinating anthology series about technology and human nature. The series comments on rapidly advancing technology and how it could affect people’s lives sometimes in a bad way and other times in a good way (but mostly bad). The sci-fi series has created some of the most memorable sci-fi content for all the fans out there with every season they bring out something new and force the audience to think about how this could affect them.