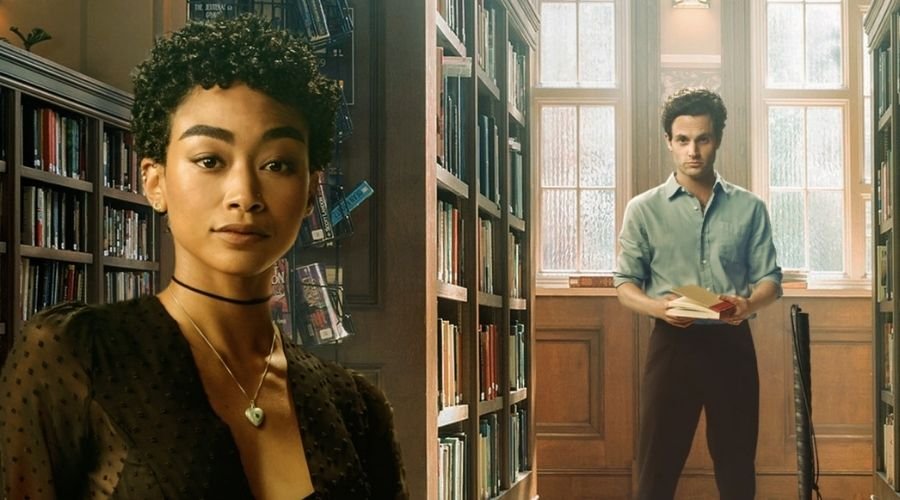 You star Tati Gabrielle who plays the role of Marienne in Season 3, revealed her ideal character arc for Marienne if the character is still present in Season 4. You is based on a novel of the same name written by Caroline Kepnes. The series premiered its first season on Lifetime in 2018 with mostly positive reviews, but it didn’t get the popularity it has now until the series moved to Netflix and made the streaming service it’s home. Now, Netflix has produced You Season 2 and Season 3 with great success, the third season aired on Netflix on October 15, 2021.

You tell the story of Joe Goldberg (Penn Badgely), who works as a bookstore owner and falls in love with a woman named Beck (Elizabeth Lail), and becomes obsessed with her, he even stalks her and resorts to murder just to be with her. After the heartbreak Joe suffers, he decides to move to LA to get some money together and escape from the authorities and his ex-girlfriend, but there he falls in love with another woman named Love (Victoria Pedretti) but this time somehow things work out and he ends up marrying with a baby on the way. The couple moves to a suburb and starts living there happily but Joe’s tendencies come back and he starts getting attracted to the local librarian named Marienne (Gabrielle) there and then shit happens. The series also stars Zach Cherry, Shay Mitchell, Jenna Ortega, James Scully, Shalita Grant, Travis van Winkle, and Dylan Arnold.

During an interview with Screen Rant to promote her film Uncharted starring Tom Holland and Mark Wahlberg, the actress talked about her role in You and how she wants her character Marienne to end up in You Season 4, is she reprises her role again. Read the full quote below:

While the Marienne actor is hopeful for her character, Joe’s previous love interests end hasn’t been in her favor and if she reprises her role again there is a big chance that she may end up dead just like Beck and Love, but there is also a big chance that she could escape and Joe never finds her. Whatever happens, every fan of the series is waiting to see what happens to Joe next and if the upcoming season will really be set in Paris.

Joe is in Paris now, trying to find Marianne who has disappeared with her daughter. So, tell me in the comments will he find her, will he change, or he will just find a new obsession?