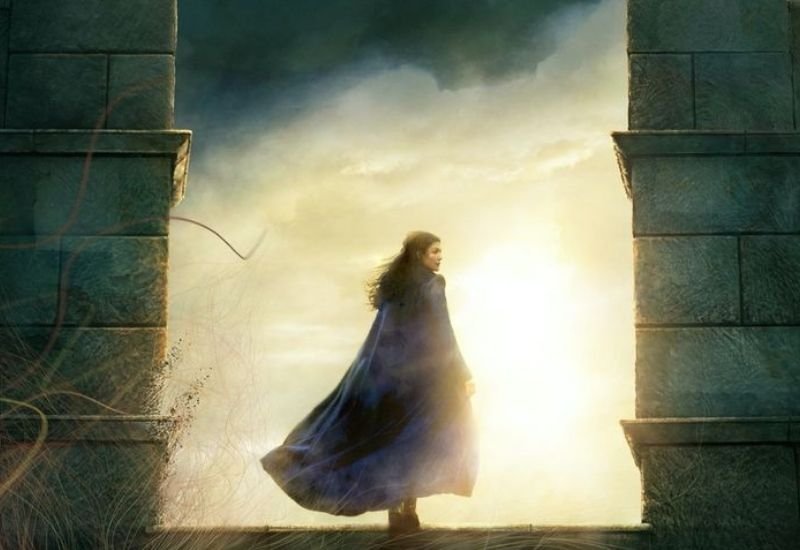 The Amazon Prime Video series has already been renewed for a second season ahead of the first season release.

Amazon has revealed a new poster for its upcoming fantasy series Wheel of Time, based on the fantasy novel series of the same name by the late author Robert Jordan. The poster, which was released today gives us a look at Rosamund Pike‘s Moiraine Damodred, who was previously seen in a very short teaser alongside the fan-favorite character Daniel Henney‘s al’Lan Mandragoran. The poster also tells us that the series will premiere on Prime Video in November.

Even though the show hasn’t released a full trailer for the first season, it was previously confirmed that The Wheel of Time has been renewed for a second season before the first season has even premiered, and after that, the production on Season 2 started earlier this week, and the announcement was made by show’s official Twitter account by sharing an image of the first filming slate.

The Wheel of Time – Official Synopsis:

Set in a sprawling, epic world where magic exists and only certain women are allowed to access it, the story follows Moiraine, a member of the incredibly powerful all-female organization called the Aes Sedai, as she arrives in the small town of Two Rivers. There, she embarks on a dangerous, world-spanning journey with five young men and women, one of whom is prophesied to be the Dragon Reborn, who will either save or destroy humanity.

Check out the official poster for The Wheel of Time Season 1: