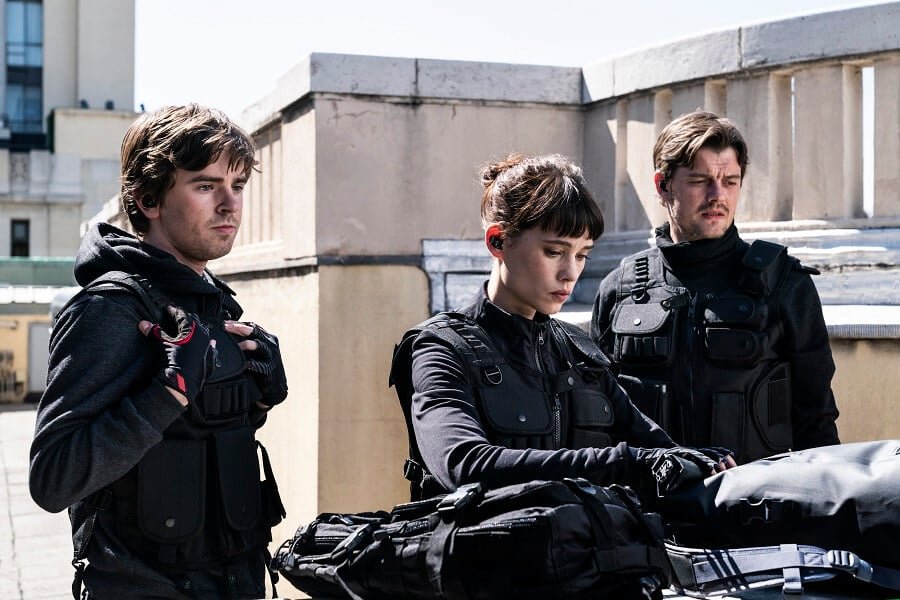 A new heist film has been performing very well on Netflix, consistently landing on the top 10 most-watched content on the streaming giant. But surprisingly the film is not a Netflix original, the film’s name is The Vault and it was shot in Spain and it stars Freddie Highmore (The Good Doctor) in the lead role. Just a few days after premiering on Netflix, The Vault has become the number one movie on the entire streaming platform.

The Vault (aka Way Down) – Official Synopsis:

Freddie Highmore (“The Good Doctor”) and Famke Janssen (X-Men) star in this globe-trotting, action-packed thriller following a high-risk heist. When an engineer (Highmore) learns of a mysterious, impenetrable fortress hidden under The Bank of Spain, he joins a crew of master thieves who plan to steal the legendary lost treasure locked inside while the whole country is distracted by Spain’s World Cup Final. With thousands of soccer fans cheering in the streets, and security forces closing in, the crew have just minutes to pull off the score of a lifetime. Also starring Astrid Berges-Frisbey (Pirates of the Caribbean: On Stranger Tides) and Liam Cunningham (Game of Thrones).

While The Vault is the top film on Netflix right now, it’s ranked the third most popular title after Outer Banks and All American. So, if you have already seen The Vault, tell us how much you liked it, or if you haven’t then just see the film and come back and tell us.