House M.D. is arguably the best medical drama ever made and the evidence for that is its millions of fans who have been re-watching the series over and over. Created by David Shore, the medical drama series follows Dr. House, a man haunted by his past and the mistakes he has made but instead of being emo about it he behaves like an a**hole to everyone around him but he makes up for it by being brilliant in the medical profession and saving countless lives. House M.D. ended its run after 8 seasons in 2012 and it has been off the air for around 10 years and the fans of the series have been missing so we prepared a list of shows that are like House.

Synopsis: Golden Globe®-winning actor, Hugh Laurie (Veep, Night Manager, House) stars as Eldon Chance, a San Francisco-based forensic neuropsychiatrist. After an ill-advised decision regarding an alluring patient who may or may not be struggling with a multiple personality disorder, Chance finds himself in the crosshairs of her abusive spouse, who also happens to be a ruthless police detective. In over his head, Chance’s decent into the city’s shadowy underbelly, all while navigating the waters of a contentious divorce and the tribulations of his teenage daughter, soon spirals into an ever deepening exploration of one of mankind’s final frontiers — the shadowy, undiscovered country of the human mind.

Also Read: Best Shows Like ‘Sherlock’ If You Miss the Series

Synopsis: Dr. Shaun Murphy (Freddie Highmore), a young surgeon with autism and savant syndrome, continues to use his extraordinary medical gifts at St. Bonaventure Hospital’s surgical unit. As his friendships deepen, Shaun works harder than he ever has before as he starts dating, while navigating his environment and relationships to prove to his colleagues that his talents as a surgeon will save lives. The series is from David Shore (“House”), and “Lost” and “Hawaii Five-0” star Daniel Dae Kim.

Synopsis: Daniel Harrow is a brilliant forensic pathologist who solves the cases others can’t. When a secret from his past threatens his career and his family, he’ll need all his wit and forensic genius to keep a crime buried forever.

Synopsis: A tough, brilliant senior resident guides an idealistic young doctor through his first day, pulling back the curtain on what really happens, both good and bad, in modern-day medicine. 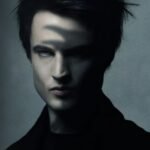 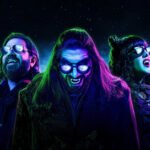