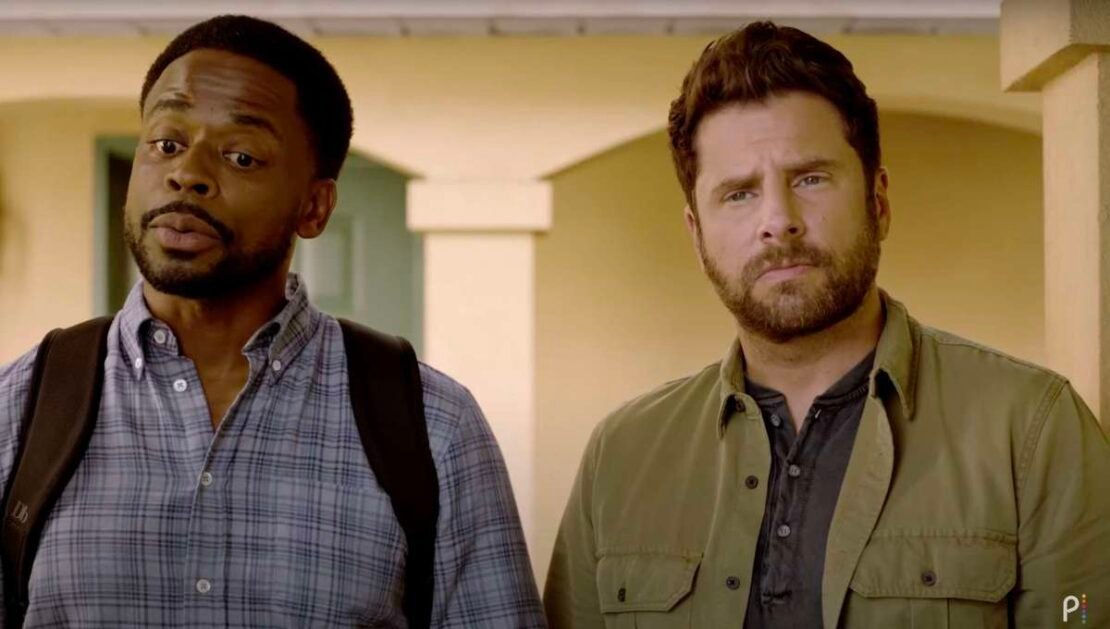 Peacock has just revealed a trailer and release date for the much anticipated third film entry in the Psych franchise. Psych 3: This Is Gus will be the third Psych film after Psych: The Movie and Psych 2: Lassie Come Home. Psych 3 will premiere on Peacock on November 18 and it will star Dulé Hill and James Roday Rodriguez in their respective roles.

Psych 3 focuses on the preparation for a shotgun wedding before the birth of Baby Guster, Shawn (Roday Rodriguez) and Groomzilla Gus (Hill) go rogue in an attempt to track down Selene’s (Jazmyn Simon) estranged husband, as Lassiter (Timothy Omundson) grapples with the future of his career. Maggie Lawson, Kirsten Nelson, Corbin Bernsen, Sage Brocklebank, and Kurt Fuller will also reprise their roles in the film. The newcomers in the franchise are Allen Maldonado (Black-ish) as Selene’s estranged husband and Buzz McNab, Woody Strode, and English singer-songwriter Curt Smith will guest star as themselves.

The official synopsis for Psych is: “PSYCH” is a quick-witted dramedy about a young police consultant Shawn Spencer (James Roday, “The Dukes of Hazzard”) who solves crimes with powers of observation so acute that he’s convinced Santa Barbara PD detectives into thinking he’s psychic. Raised in Santa Barbara by a family of cops, Shawn possesses uncanny powers of observation honed by his police officer father, Henry, who drilled young Shawn to note even the smallest of details from his surroundings as a way of grooming him for his inevitable career in the family business. With the reluctant assistance of his best friend Gus, Shawn uses his skills of observation and charismatic personality to become the detective he was trained to be, opening his own PI agency – Psych – and solving cases for an ever-suspicious, but grudgingly impressed, police force.

Psych 3: This Is Gus will premiere exclusively on Peacock on November 18. Check out the trailer below: