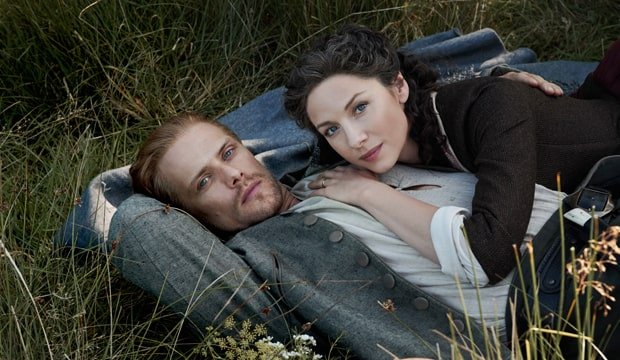 Outlander is returning for its sixth season and on that the series star Caitríona Balfe shared some new updates in an interview with Entertainment Weekly, she described the sixth season of the acclaimed drama as “heartbreaking.” Balfe who plays the role of Claire Fraser, the lead role of the series alongside Sam Heughan as Jamie Fraser, also praised the newcomer Jessica Reynolds, who took over the role of Malva Christie, the daughter of Jamie’s old rival Tom Christie (Mark Lewis Jones).

In the interview, Balfe said, “Outlander does baddies and villains quite well, [The Christies] aren’t your typical villains, which is great and refreshing.” She also went on to say that “Claire and Malva build a great relationship and bond. “It’s very destabilizing for Claire. It’s a really heartbreaking, but a really twisted narrative that they all get embroiled in.”

Outlander resumed production of Season 6 in February after taking a break during the pandemic, the last episode of the series aired back in May of that year.

Outlander will premiere on Starz in early 2022, and also the series was already renewed for a seventh season back in March. The series is available right now on Starz, Amazon, and Netflix. Check out the announcement for Outlander Season 7 right below:

The official synopsis of Outlander:

Follows the story of Claire Randall, a married combat nurse from 1945 who is mysteriously swept back in time to 1743, where she is immediately thrown into an unknown world in which her life is threatened. When she is forced to marry Jamie Fraser, a chivalrous and romantic young Scottish warrior, a passionate relationship is ignited that tears Claire’s heart between two vastly different men in two irreconcilable lives.