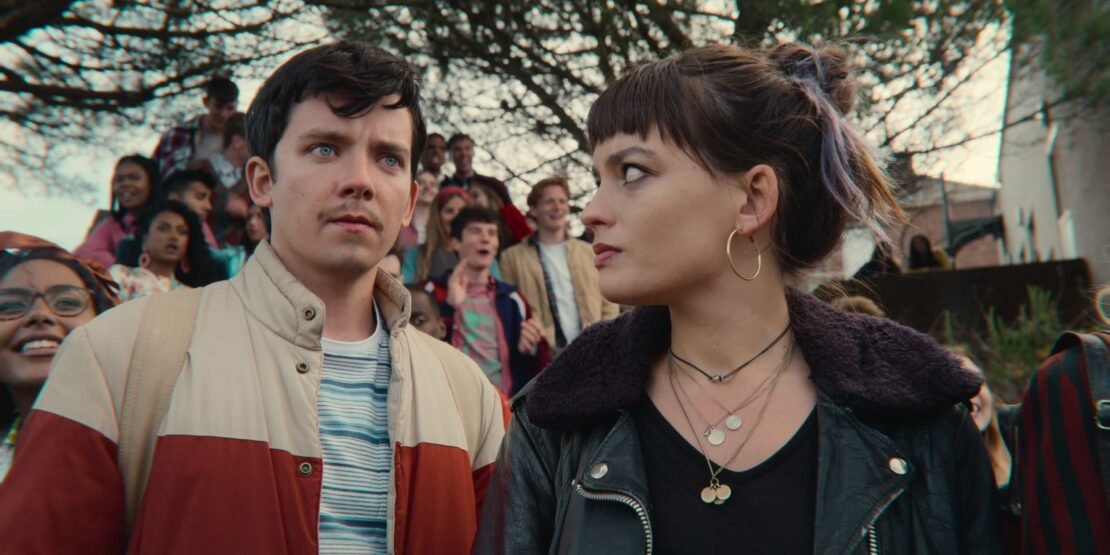 Netflix has revealed some new images of their hit series Sex Education’s upcoming season and we can clearly the see the difference between Season 2 Otis and Season 3 Otis, its on his face (Otis has a mustache now).

We are only a month away from the premiere of the Season 3 of Sex Education on Netflix. The eight new episodes of the hit Netflix teen drama series will be available to stream on Netflix on September 17. The third season of the series as it was previously announced will bring some big changes to Moordale, with bringing in a new headteacher played by Jemima Kirk and the introduction of Michael Groff’s older brother played by Jason Isaacs.

The images revealed by Netflix for the third season show that the Moordale kids are ready for some action.

The official synopsis for Sex Education Season 3 is:

It’s a new year, Otis is having casual sex, Eric and Adam are official, and Jean has a baby on the way. Meanwhile, new headteacher Hope tries to return Moordale to a pillar of excellence, Aimee discovers feminism, Jackson gets a crush and a lost voicemail still looms. Prepare for commitment animals, alien phenomena, vulva cupcakes and much more of Madam Groff.

Check out the rest of the images revealed by Netflix: