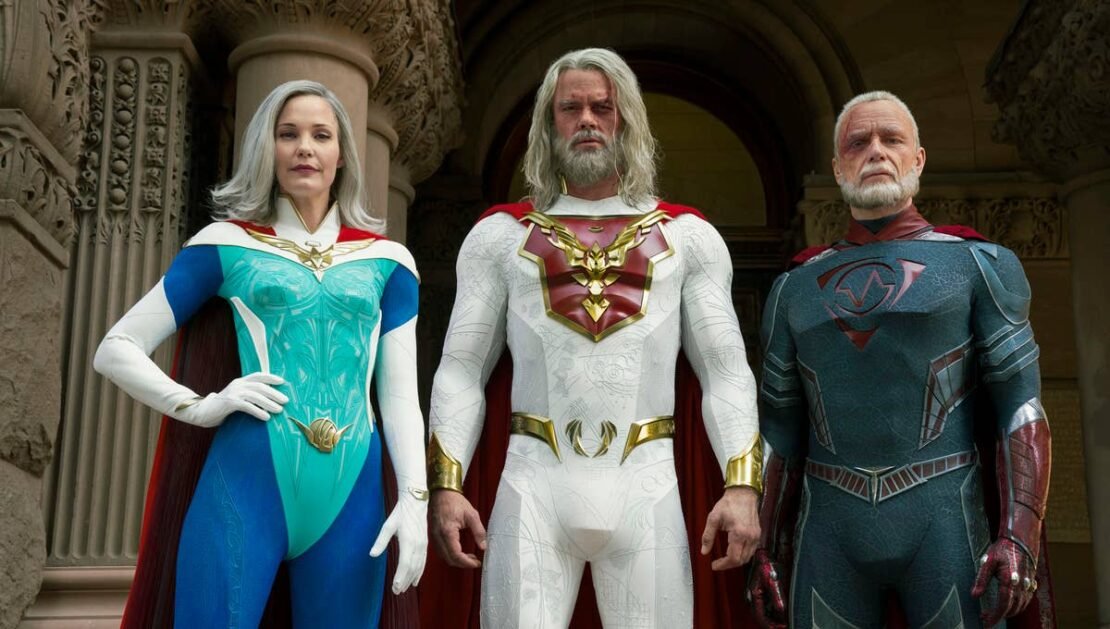 Hello Netizens, Netflix is coming up with something unique and exclusive. A series called Jupiter’s Legacy. It will be loved by Sci-fi and superhero buffs. The series is all set to release in May 2021.

Jupiter’s Legacy is an upcoming American superhero streaming television series created by Steven S. DeKnight, based on the comic book series by Mark Millar and Frank.

Jupiter’s Legacy follows the story of “the world’s first superheroes, who received their powers in the 1930s. In the present day, they’re the revered elder guard, but their superpowered children struggle to live up to the legendary feats of their parents”

The series will be available to stream on Netflix on May 7, 2021.

The information came on February 23rd, 2021 where Mark Millar plunged the first teaser trailer for the series and announced the date through Twitter.

The trailer looks promising and fun. It was released March 1st 2021 through Netflix’s official YouTube channel.

The series is based on the Millarworld comic book series of the same name created by Mark Millar, who also created KICK-ASS and Kingsman.

What Chase Tang aka Baryon Said?

My role is very interesting, I think, because in that superhero realm, it’s a new way to have Asians involved. My character is specifically Asian, and I think, in that capacity, it’s something very different and I think the audience will definitely be in for a surprise, for sure. Because I think it’s something we’ve yet to see before. And I think it will change a lot of perception in terms of what maybe people may view as an Asian, I guess. An Asian villain — if you want to call it that — in a superhero TV show capacity.

Spoken By the Man Himself: Mark Millar

Superhero stories tend to have a fairly well-worn structure, but I wanted this to have a very grand, operatic series of beats and really get a sense of escalation in an almost Wagnerian fashion. There’s lots of Hamlet in it. There’s a lot of father/son things going on with it. It almost seems like something you’d be given in school.”

Millar added he wanted the series, which sits at 10 issues (plus 12 more from Jupiter’s Circle) as “a big, weighty tome that happens to be about superheroes.“

“It’s about the dawn of man, the origin of the planet and everything right up to contemporary economics and people nervous about the fiscal cliff and the end of capitalism,” Millar said. “But it also goes as small as relationships and family life, too. This is my ultimate superhero story.”

So folks, this is all we know till now.