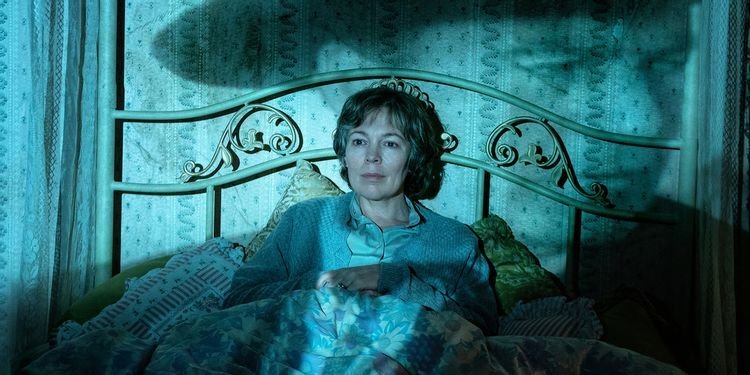 HBO and Sky Studios’ limited series Landscapers was first announced back in December 2020 and now we have some first-look images that gives us a little preview of what’s to come in this dark comedy drama. The series is written and created by screenwriter Ed Sinclair, and it is based on a true story of a British couple who was convicted of murdering of one of the partner’s parents.

Landscapers is already on a very absurdly genius story about a surreal crime that went unnoticed for about 15 years and then in 2014 the same crime was making headlines everywhere, but as much as we can tell by looking at the images we think the series will also have brilliant cinematography throughout its four episodes. The series has already two brilliant leads and those are Olivia Colman and David Thewlis, the cast also features Kate O’Flynn, Dipo Ola, Samuel Anderson, Karl Johnson, Felicity Montagu, and Daniel Rigby.

As it was previously announced in 2020, Alexander Payne will not be directing the series. He has been replaced by Will Sharpe, who was in Sherlock and Defending the Guilty. Sharpe has already worked with Colman while he was directing the BBC series Flowers, which was also a dark comedy.

Lanscapers is based on a true story and it follows a British couple who become the suspects of an murder investigation when two dead bodies are found in the back garden of a house in Nottingham.

The release date for the series has not been announced yet but the series will air on HBO and will be available to stream on HBO Max. Check out the images: