DUDE is an Indian crime-thriller web series produced by Rusk Studios and Jio Studios. The first season of the series enthralled fans with its brilliant storytelling and heartbreaking story, and now it seems that the second season will go in the same way but on a different platform. Dude Season 2 will premiere on Amazon’s Mini TV, which is an option in the Amazon Shopping app. Dude Season 2 will premiere on September 20 with all of its episodes, so you can just binge-watch the whole thing in one sitting.

Dude series follows a young detective Uttam who is very competent in his work and finds criminals with his common and logic. As we see into the protagonist’s past we see that his mother disappeared without any clue of where she was going and that’s the driving force of Dude, but we also see him trying to find a kidnapped boy while dealing with the boy’s suspicious family.

Alright! and Amazon’s Mini TV has revealed a teaser and a trailer for the upcoming season, and from the looks of it. Season 2 will continue Dude’s search for his long-lost mother and it will also feature a separate mystery that the gang will have to solve.

Dude Season 2 will premiere with all of its episodes on Amazon’s Mini TV on September 20.

Trailer Logline: As this season begins, it seems like Dude has given up on the idea of following his mother’s footsteps, and has accepted that life isn’t defined by his search for his mother. As the series of events happen, it is clear that Dude is denying the reality. As the story progresses, Dude reaches all stages of grief – Denial, Anger, Bargaining, Depression, and finally, Acceptance.

Dude Season 2 will see the return of its main cast including Ambrish Verma as Uttam Dhamija, Arun Kushwah as Ashok Bhatia, and Apoorva Arora as Ritu Kapoor. Season 2 will also be adding a new character in the series, who will be played by YouTube celebrity Amit Bhadana.

You can binge Dude Season 1 on YouTube, Amazon’s Mini TV, and Prime Video. 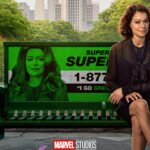 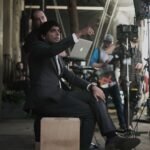