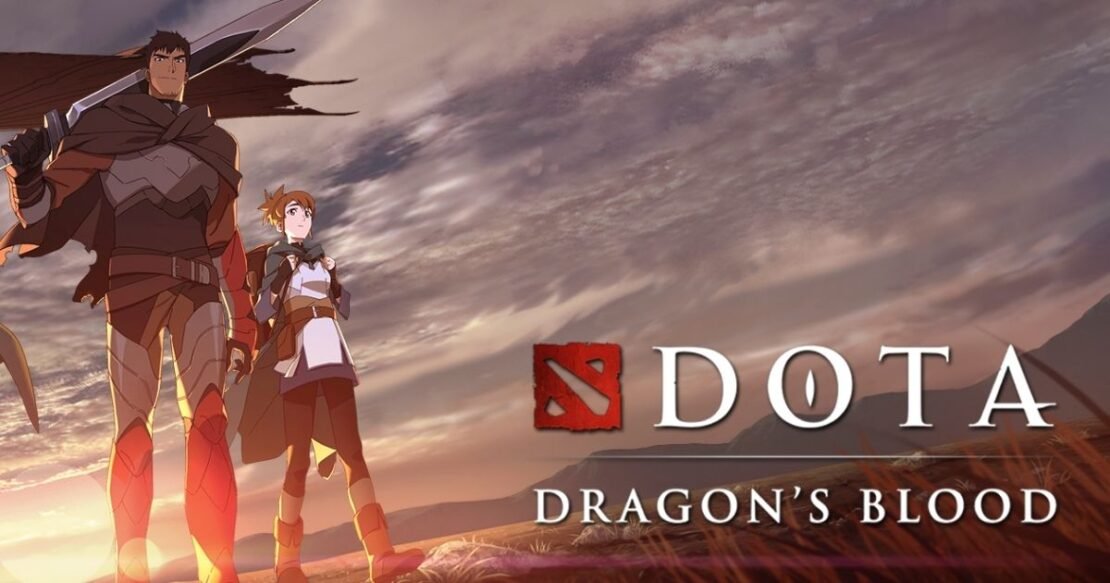 Hey Netizens, there is fantastic news for you. Netflix is coming with something new. Yeah!! we can feel the excitement. Netflix is soon to release Anime Series in March 2021. Netflix fans will not have to wait much. Let us give you some more details about the series. Netflix has announced recently about the DOTA series and they are collaborating with Valve for the same.

DOTA, dragon’s blood will be animated series. The full form of DOTA is Defense of The Ancients around which the plot goes. The series is adapted from the MOBA game DOTA 2. This one is definitely for adventure and action lovers. Get ready to take a ride to the fantasy world.

The series, DOTA: DRAGON’S BLOOD will be produced under Studio Mir who is well known for The Witcher: Nightmare of the Wolf. Ashley Miller whom we all thank and know for Thor and X-Men: First Class will be creating the series, Dota: Dragon’s Blood.

Fantasy and adventure fans are eager to know the release date. But don’t worry, the date has been announced. Not so far, it’s been kept to March 5, 2021. DOTA: Dragon’s Blood will be on Netflix on Thursday the March 5th. Get ready for a thrilling voyage.

The Animated Series has been kept short with only eight episodes to broadcast. Fans, as eight episodes will be released together it would be fun to watch. Netizens want to know more about the series. We have some more information to unravel.

The story is about the rise of the Lich King. The plot revolves around the Dragon knight and a daredevil and explorer Davion who is striving hard to remove the menace from the world. The series goes deeper when Davion gets entangled in more unaccounted mysteries and meets a beautiful girl Mirana. She turns to be a princess with her enigmas.

Dota 2 is a game created by Valve. It is developed as a MOBA game. For fans who don’t know what is MOBA, it means Multiplayer Online Battle Arena. DOTA 2 was released in July 2013 for Microsoft Windows, Linux, OS X. The game can be played freely without any heroes to be purchased or unlocked.

There are two squads each comprising of five players. Both the squads get ready for a crusade. The battle takes place inside the battlefield. The main reason for the battle is ANCIENT. Teams must destroy others and save theirs. Each of the characters is called HERO and ten players play independently. All ten heroes have their unique and exclusive style of playing. Each character has it’s capacities. Players are supposed to collect experience points and items for their HERO. The game gained a lot of popularity and a huge fan following.

The cast has not yet been revealed but we will keep you updated about it. Let us all wish that it’s done rapidly.

Netflix lovers get excited and ready for something new. DOTA: DRAGON’S BLOOD. The teaser has been released by Netflix. It introduces us to Davion, the Dragon Knight, a skilled dragon hunter and a hero that players will acknowledge from DOTA 2. After his introduction, Davion races forward into battle with a large dragons.