Dexter is waking up and killing again this fall.

The new teaser by Showtime for Dexter Season 9 gives us the first look at Michael C. Hall‘s Dexter, and just like the previous clip it indicates that Season 9 will pick up after the Season 8 finale because in the teaser we see Dexter in the woods where he hid from the authorities in Dexter Season 8 finale.

In this teaser we see a fire pit burning in a snow-filled forest, and an ax stuck in a chopped-up tree, the same clip from the first teaser as the camera slowly zooms out in a cabin where Michael C. Hall‘s Dexter is standing by the window. The most disturbing thing about the teaser is the muffled sound of someone gagged trying to scream.

The song playing in the background of the teaser is “Please Don’t Let Me Be Misunderstood” originally by The Animals, but in the teaser, the song is by Nina Simone.

In Season 9 Dexter will have to face off a new villain in Clancy Brown‘s character who will play the unofficial mayor of Iron Lake, supposedly the same small town Iron Lake in which Dexter is hiding after faking his own death. The series will take place both in Iron Lake and New York so we might be looking at a manhunt for the Bay Harbor Butcher.

Dexter Season 9 will be available on TV and streaming on Showtime this Fall. 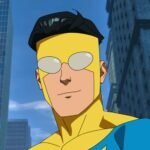 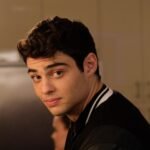