Netflix has revealed the first trailer for the upcoming fourth season of the fan-favorite series Cobra Kai.

Netflix has released the first trailer for the much-awaited Season 4 of the Cobra Kai series, the trailer teases the series returning to the All Valley Karate Championship which we haven’t seen since the first season of the series. With Cobra Kai officially unbanned from the championship and Daniel and Johnny joining hands to fight against the one common enemy, this will be the biggest season of the series we have seen yet. The trailer also revealed that the Cobra Kai Season 4 will premiere on Netflix in December.

The trailer starts off as almost like a sports promo video which then gives us a glimpse at the first Karate Kid movie where Daniel and Johnny first faced each other in the All Valley Karate Championship and then it gives us a look at the contenders who will be fighting now in the championship including Miguel Diaz, Samantha LaRusso, Hawk, Tory Schwarber, and many more. This season it really feels like the soul of the valley is on, so don’t be pu****s and lets’ kick some ass.

The first episode of the fourth season is written by Josh Heald, Jon Hurwitz, and Hayden Schlossberg, and it is officially titled “Let’s Begin.”

Cobra Kai Season 4 will premiere on Netflix this December. Watch the latest trailer by Netflix right below: 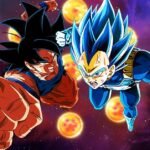