Neil Gaiman has made many characters who got adapted and reimagined from the page to the screen with shows and movies like Good Omens and Stardust, and now more of his iconic characters are set to be reimagined on a small screen because according to Variety, Gaiman’s Dead Boy Detectives is being adapted into a TV show which just got a pilot order by HBO Max and the series is being developed by Steve Yockey, Jeremy Carver, and Greg Berlanti.

The character is from the DC Comics which were created by Gaiman in 1991 for his Sandman comics, and the potential series will follow the Dead Boy Detectives which include Charles Rowland and Edwin Paine who are ghosts of two young boys and after their death, they decide not to enter the afterlife and they choose to stay on Earth to investigate supernatural crimes. The characters from the comics were originally drawn by Matt Wagner and Malcolm Jones III, and they received their own miniseries which came out in 2001 and was written by Ed Brubaker from art by Bryan Talbot.

The pilot episode doesn’t have a director or actor yet, but we know that the episode will be written by Yockey and it is expected to begin filming in November, and even though there has been no official announcement on who will play Rowland and Paine but in the upcoming third season of Doom Patrol both of the characters will appear and they will be played by Sebastian Croft and Ty Tennant.

If the series gets picked up for a full season, it will be Gaiman’s project which is currently under production. With Gaiman’s deal with Amazon, who are producing Good Omens Season 2 and Gaiman’s Anansi Boys, and Starz is airing its final season of American Gods, and Netflix is close to releasing a series based on The Sandman, with Audible producing an audiobook version. 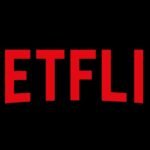