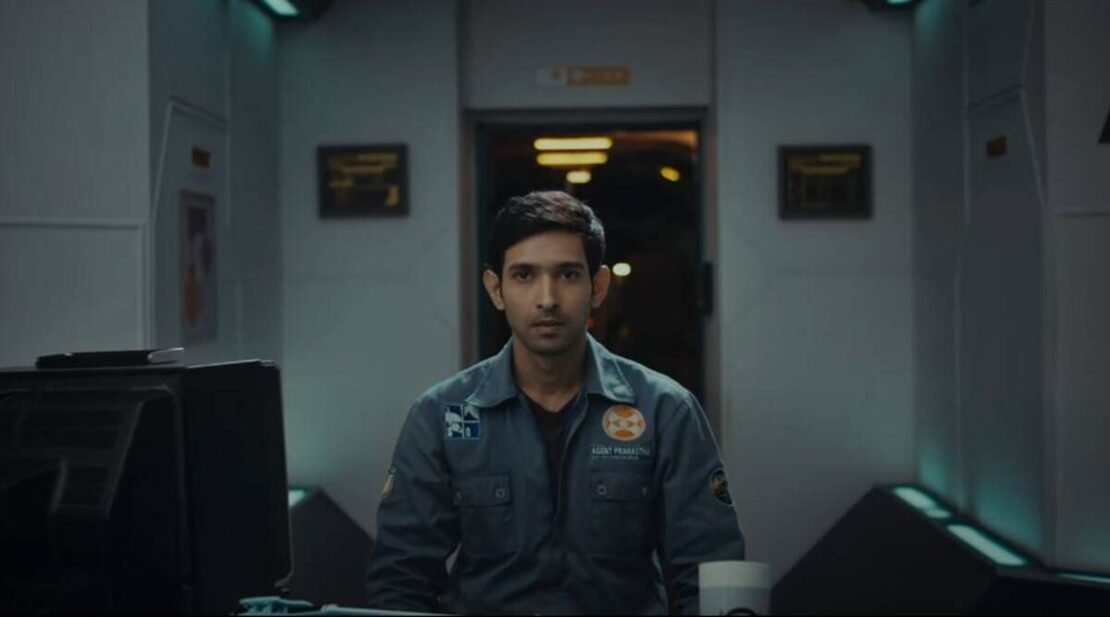 “We live alone anywhere we live.“ Netflix India is bringing a new spectacle of human emotions with Vikrant Massey and Shweta Tripathi.

The first trailer for ‘Cargo’ was released on the Netflix India Youtube channel today just two days before the release. Cargo will premiere on Netflix on September 9, 2020.

Vikrant Massey leads the movie in the role of a rakshasa named Prahastha, whose desk job is to prepare Cargo (dead people) for rebirth in a spaceship named Pushpak 634A. Shweta Tripathi plays the role of his assistant who is new on the spaceship and is learning from Prahastha.

The official logline for the trailer reads as follows, “The Rakshasas may have traded gadas and horns for touchpads and spaceships, but the ultimate question remains the same – what happens after death? Prahastha, a rakshasa, knows the answer. He ‘recycles’ people after death. But will his everyday ‘desk job’ help him understand an even more important question – the meaning of life?”

Starring in the lead roles are Vikrant Massey and Shweta Tripathi. There is also a cameo of Biswapati Sarkar.   Also read: Rani Chatterjee on Mastram Bold Scenes and Response    Written & Directed by Arati Kadav Cargo, tackles many subjects like life, death, and loneliness. Cargo is the first movie of its type in India. In an interview with HuffPost, Arati said, “So I wanted to make something so local that everyone in India could relate to it. I wanted to infuse the stories we all heard growing up into a science fiction narrative, and that’s how I arrived here,” she also said, “I didn’t pitch this film to anyone. I just went to the people that I trusted and who trusted me and told them that I was working on a project. They knew me well enough to realize I wasn’t kidding around and instantly agreed to come aboard. That’s when I revealed the concept of Cargo to them. So, almost everyone involved in the creative team is a first-timer, like me. We have a first-time cinematographer, VFX artist, editor, music producer, and in a way, even the producers,”.

Cargo is co-produced by Anurag Kashyap and Vikramaditya Matwane is serving as an executive producer. The film played at film festivals like SXSW and MAMI film festivals.