Timothée Chalamet is by far one of the most promising young actors working in Hollywood today, after his standout performances in films like Call Me By Your Name, Little Women, and Dune. The actor has become one of the biggest stars in the film industry. He will soon appear in his upcoming cannibalistic romantic film Bones and All, but until it comes out here are the 10 best Timothée Chalamet you should watch.

A Rainy Day in New York

Synopsis: Woody Allen’s romantic comedy A RAINY DAY IN NEW YORK tells the story of college sweethearts, Gatsby (Timothée Chalamet) and Ashleigh (Elle Fanning), whose plans for a romantic weekend together in New York City are dashed as quickly as the sunlight turns into showers. The two are soon parted, and each has a series of chance meetings and comical adventures while on their own.

Synopsis: Hal (Timothée Chalamet), wayward prince and reluctant heir to the English throne, has turned his back on royal life and is living among the people. But when his tyrannical father dies, Hal is crowned King Henry V and is forced to embrace the life he had previously tried to escape. Now the young king must navigate the palace politics, chaos and war his father left behind, and the emotional strings of his past life — including his relationship with his closest friend and mentor, the ageing alcoholic knight, John Falstaff (Joel Edgerton). Directed by David Michôd and co-written by Michôd and Edgerton, THE KING co-stars Sean Harris, Ben Mendelsohn, Robert Pattinson, and Lily-Rose Depp.

Synopsis: Stuck at a crossroads in her personal life, it falls on Miss Stevens to chaperone three of her students — Billy, Margot and Sam — on a weekend trip to a drama competition. Exploring the fine line between being a grown up and being a kid, MISS STEVENS is about students becoming teachers and teachers coming to realize that the messiness of youth never really goes away.

Synopsis: Based on the best-selling pair of memoirs from father and son David and Nic Sheff, Beautiful Boy chronicles the heartbreaking and inspiring experience of survival, relapse, and recovery in a family coping with addiction over many years. Starring Steve Carell, Timothée Chalamet, Maura Tierney and Amy Ryan.

Call Me By Your Name

Synopsis: Dune, tells the story of Paul Atreides, a brilliant and gifted young man born into a great destiny beyond his understanding, who must travel to the most dangerous planet in the universe to ensure the future of his family and his people. As malevolent forces explode into conflict over the planet’s exclusive supply of the most precious resource in existence—a commodity capable of unlocking humanity’s greatest potential—only those who can conquer their fear will survive.

Check out the new trailer for Bones and All and the official synopsis below:

A story of first love between Maren (Taylor Russell), a young woman learning how to survive on the margins of society, and Lee (Timothée Chalamet), an intense and disenfranchised drifter, as they meet and join together for a thousand-mile odyssey which takes them through the back roads, hidden passages and trap doors of Ronald Reagan’s America. But despite their best efforts, all roads lead back to their terrifying pasts and to a final stand that will determine whether their love can survive their otherness. 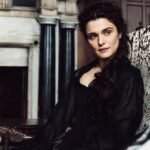 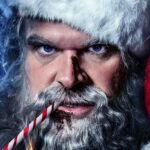