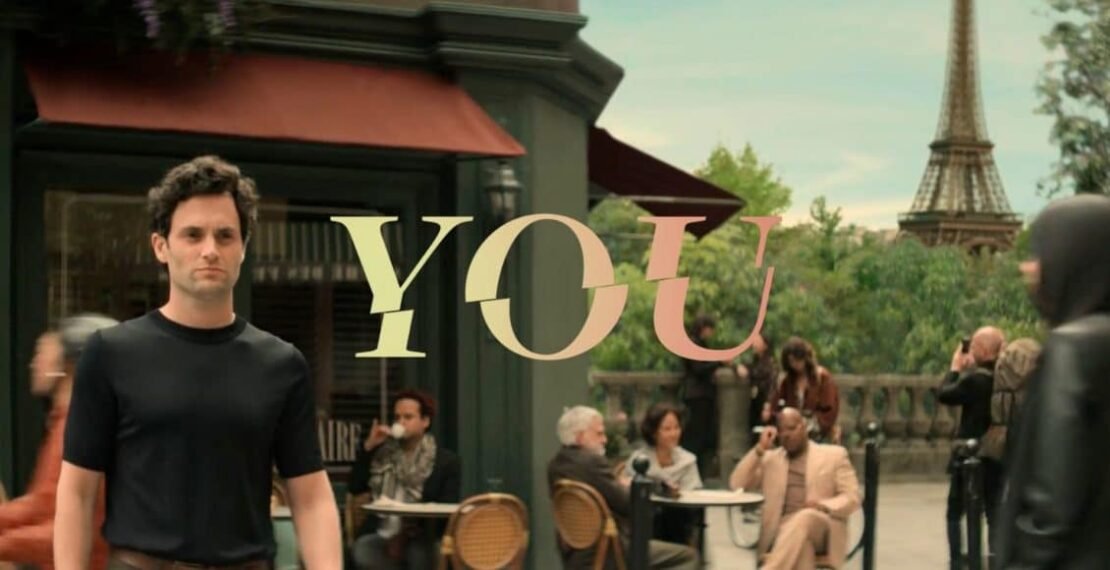 Netflix is bringing everybody’s favorite killer Joe Goldberg, this time in London, the UK in Season 4 of one of the most addictive and darkly funny series on the streamer. You Season 4 is coming to Netflix in the near future as it has been in production for some time now but now we know exactly where the upcoming season is filming, thanks to Netflix who revealed the news.

The location for the upcoming season might be a bit of a surprise as Season 3 ended with a big explosion and Joe in Paris trying to find his current obsession, Marienne Bellamy. The announcement of Season 4 being in London came with a BTS photo of Penn Badgely who plays the role of Joe on the set of the upcoming season. By looking at the photo you can see that Badgely is rocking a beard which might be a bit unusual because Joe has always been clean-shaven which kind of suits his personality but we will see in the future how that goes.

You Season 1 was set in New York, which was kind of a character itself in the first season, and then Season 2 was set in LA which also affected the story very much and then Season 3 was also affected very much by its setting of a close-knit community of Madre Linda, and now Season 4 will be set in London one of the greatest city in the world and this will be the first time we will see Joe going out of United States and how that will affect Joe in the home of some of the most closed-off people, I think Joe will feel right at home.

We still don’t know how the creators will top themselves after Season 3 Because You has always been one of the craziest television shows out there and the series ends every season on such a crazy note that is kind of unbelievable but also a whole lot of fun to watch. Season 3 ended with Joe killing his wife Love, abandoning his child, faking his own death by cutting off his own toe, and burning his own house down, and then in the final moments of the series, we saw him in Paris trying to look for Marienne (Tati Gabrielle). The ensemble cast for Season 4 includes Badgely, Gabrielle, Charlotte Ritchie, Lukas Gage, Tilly Keeper, Amy Leigh Hickman, Ed Speelers, Niccy Lin, and Aidan Cheng.

You Season 4 release still hasn’t been announced yet. Check out the tweet by Netflix below: