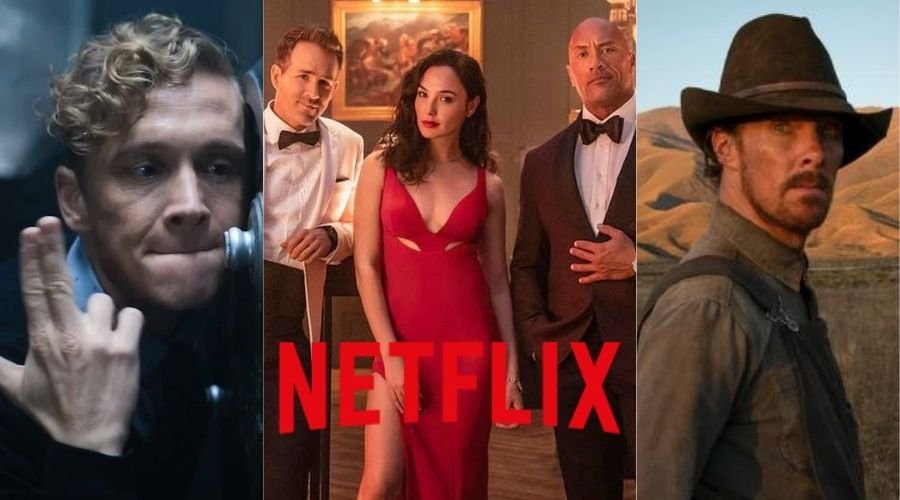 Today we are making a list of the best 10 upcoming Netflix original movies in 2021, the release date of the movies in this list are mentioned below their title and we haven’t included the movies for which the release dates have not been announced yet. So tell us which movie are you most excited to see.

Synopsis: In this prequel to Zack Snyder’s Army of the Dead, small-town bank teller Dieter gets drawn into the adventure of a lifetime when a mysterious woman recruits him to join a crew of Interpol’s most wanted criminals, attempting to heist a sequence of legendary, impossible-to-crack safes across Europe.

Synopsis: Two mixed-race childhood friends meet again when they are adults and living their middle-class life, and become more and more involved with each other’s life. While Irene identifies as African-American and is married to a black doctor, but Clare has married a prejudiced, wealthy white man because she passes as a white woman.

Synopsis: Red Notice follows an Interpol agent and master tracker (Dwayne Johnson), as he tries to catch the world’s greatest art thief (Gal Gadot) with the help of the world’s most notorious con man (Ryan Reynolds).

Synopsis: Pulitzer Prize and Tony Award winner Lin-Manuel Miranda makes his feature directorial debut with tick, tick…BOOM!, an adaptation of the autobiographical musical by Jonathan Larson, who revolutionized theater as the creator of Rent. The film follows Jon (Academy Award nominee and Tony Award winner Andrew Garfield), a young theater composer who’s waiting tables at a New York City diner in 1990 while writing what he hopes will be the next great American musical. With the clock ticking, Jon is at a crossroads and faces the question everyone must reckon with: What are we meant to do with the time we have?

Synopsis: A disgraced MMA fighter grabs one last shot at redemption in the cage when the young son she gave up reenters her life. Halle Berry stars and directs.

Synopsis: Charismatic rancher Phil Burbank inspires fear and awe in those around him. When his brother brings home a new wife and her son, Phil torments them until he finds himself exposed to the possibility of love.

The Hand of God

Synopsis: From Academy Award-winning writer and director Paolo Sorrentino (Il Divo, The Great Beauty, The Young Pope), comes the story of a boy, Fabietto Schisa, in the tumultuous Naples of the 1980s. The Hand of God is a story full of unexpected joys, such as the arrival of football legend Diego Maradona, and an equally unexpected tragedy. Fate plays its part, joy and tragedy intertwine, and Fabietto’s future is set in motion. Sorrentino returns to his hometown to tell his most personal story, a tale of fate and family, sports and cinema, love and loss.

A pair of astronomers try to warn everyone on Earth that a giant a meteorite will destroy planet in six months.

Synopsis: A woman’s seaside vacation takes a dark turn when her obsession with a young mother forces her to confront secrets from her past. Olivia Colman stars.

This concludes the list of the best 10 upcoming Netflix original movies in 2021. So, tell us which movie are you most excited to watch on Netflix.