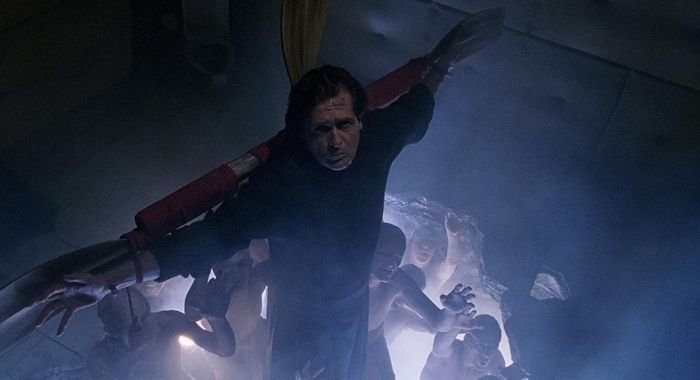 Movies about religion are interesting, to say the least, and if you add horror to the mix there is no telling how realistically terrifying it could get. This sub-category of the horror genre is in fact really terrifying because when it comes to religion many people are so devoted that they can’t see its shortcomings and how it affects the people around them, also ghosts are pretty fun. So, here are the best 10 underrated religious horror films you should watch.

Synopsis: Sam (Jocelin Donahue) is a pretty college sophomore, so desperate to earn some cash for a deposit on an apartment that she accepts a babysitting job even after she finds out there is no baby. Mr. and Mrs. Ulman (cult actors Noonan and Woronov) are the older couple who lure Sam out to their creeky Victorian mansion deep in the woods, just in time for a total lunar eclipse. Megan (Greta Gerwig) is Sams best friend, who gives her a ride out to the house, and reluctantly leaves her there despite suspecting that something is amiss. Victor (AJ Bowen) at first seems like just a creepy guy lurking around the house, but quickly makes it clear that Sam will end this night in a bloody fight for her life….

Synopsis: A deeply atmospheric and terrifying new horror film, The Blackcoat’s Daughter centers on Kat (Kiernan Shipka) and Rose (Lucy Boynton), two girls who are left alone at their prep school Bramford over winter break when their parents mysteriously fail to pick them up. While the girls experience increasingly strange and creepy occurrences at the isolated school, we cross cut to another story—that of Joan (Emma Roberts), a troubled young woman on the road, who, for unknown reasons, is determined to get to Bramford as fast as she can. As Joan gets closer to the school, Kat becomes plagued by progressively intense and horrifying visions, with Rose doing her best to help her new friend as she slips further and further into the grasp of an unseen evil force. The movie suspensfully builds to the moment when the two stories will finally intersect, setting the stage for a shocking and unforgettable climax.

Synopsis: A vengeful witch returns to possess her descendant in Mario Bava’s most famous film, which remains beloved by critics, horror historians, and directors like Tim Burton and Francis Ford Coppola (SLEEPY HOLLOW and BRAM STOKER’S DRACULA both feature homages). Bava’s major innovation was favoring thrilling visuals and European eroticism (still radical for 1960) over story. Even today, the film is regularly cited as one of the greatest horror movies of all time and scream queen Barbara Steele is still known as one of the most beautiful bad girls in horror history.

Synopsis: Reuniting after the tragic death of their best mate, four old friends from university set out to hike through the Scandinavian wilderness. But a wrong turn leads them into the dark and mysterious forests of Norse legend, where an ancient evil still exists and stalks them at every turn.

Synopsis: Police Lt. Kinderman notices similarities between his current murder investigation and the methods used by the “Gemini” killer who was executed 15 years before. He soon discovers a hospitalized mental patient claiming to be the dead serial killer, but who looks uncannily like a priest Kinderman knew. As more bodies are found, Kinderman looks for connections between the two supposedly dead men.

Synopsis: A priest becomes a vampire…another mans wife is coveted…a deadly seduction triggers murder. Thirst is the new film from director Park Chan-wook (Old Boy, Sympathy for Mr. Vengeance, Sympathy for Lady Vengeance). Already a boxoffice smash in Korea, Thirst was honored with the Prix du Jury [Jury Prize] at the 2009 Cannes International Film Festival. Continuing his explorations of human existence in extreme circumstances, the director spins a tale that he conceived and then developed over several years with co-screenwriter Chung Seo-kyung. Sang-hyun (played by top Korean star Song Kang-ho, of The Host) is a priest who cherishes life; so much so, that he selflessly volunteers for a secret vaccine development project meant to eradicate a deadly virus. But the virus takes the priest, and a blood transfusion is urgently ordered up for him. The blood he receives is infected, so Sang-hyun lives but now exists as a vampire. Struggling with his newfound carnal desire for blood, Sang-hyuns faith is further strained when a childhood friends wife, Tae-ju (Kim Ok-vin), comes to him asking for his help in escaping her life. Sang-hyun soon plunges into a world of sensual pleasures, finding himself on intimate terms with the Seven Deadly Sins.

Synopsis: THE SACRAMENT follows two Vice Media correspondents as they set out to document their friend’s journey to find his missing sister. They travel to an undisclosed location where they are welcomed into the world of “Eden Parish,” a self-sustained rural utopia. At the center of this small, religious, socialist community is a mysterious leader known only as “Father.” As their friend reunites with his sister, it becomes apparent to the newcomers that this paradise may not be as it seems. What started as just another documentary shoot soon becomes a race to escape with their lives.

Synopsis: In this taut psychological thriller by Karyn Kusama (Girlfight, Jennifer’s Body), the tension is palpable when Will (Logan Marshall-Green, Prometheus) shows up to his ex-wife Eden (Tammy Blanchard, Into the Woods) and new husband David’s (Michiel Huisman, “Game of Thrones”) dinner party. The pair’s tragic past haunts an equally spooky present: Amid Eden’s suspicious behavior and her mysterious house guests, Will becomes convinced that his invitation was extended with a hidden agenda. Unfolding over one dark evening in the Hollywood Hills, The Invitation blurs layers of mounting paranoia, mystery, and horror until both Will—and the audience—are unsure what threats are real or imagined. 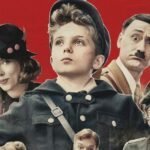 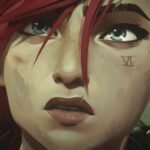