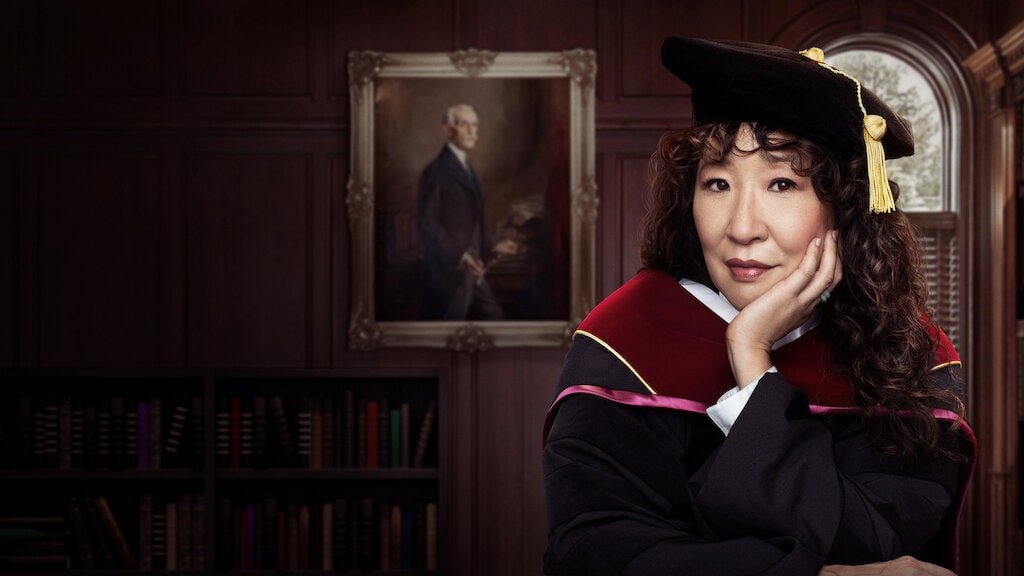 Killing Eve and Grey’s Anatomy famed actor Sandra Oh is back with Netflix’s original comedy series The Chair. The comedy series is created by Amanda Peet, and it follows Dr. Ji-Yoon Kim (Oh), who is the first woman chair of the English department of a small-town college called Pembroke University. She gets to be the Chair of the English department because of a scandal in which Dr. Bill Dobson (Jay Duplass), the previous chair is caught on camera giving. a Nazi salute in class. Dr. Kim and Dr. Dobson are close friends and she also has romantic feelings for him.

The Chair is one of the best Netflix original comedy series and this is an opinion shared by both critics and the audience. The Chair still hasn’t gotten the green light for Season 2 by Netflix but until you wait for the good news we made a list of the best 5 TV shows like Netflix’s The Chair. The TV shows on this list are not ranked.

Synopsis: Synopsis: Scorching chemistry, instant pregnancy and genuine disaster provide the foundation for the flaming hovel of a relationship between Rob and Sharon. Starring Rob Delaney and Sharon Horgan.

Synopsis: Better Things is the story of Sam Fox (Pamela Adlon), a single mother and working actor with no filter, raising her three daughters, Max (Mikey Madison), Frankie (Hannah Alligood) and Duke (Olivia Edward) in Los Angeles. She also looks after her mother, Phil (Celia Imrie), an English expat with questionable faculties who lives across the street. Whether she’s earning a living, navigating her daughters’ changing lives, or trying to have one of her own, Sam approaches every challenge with fierce love, raw honesty and humor.

Synopsis: Life in your 20’s can be undeniably hard. At least it is for Josh in the critically acclaimed Please Like Me, a comedy that soothes the existential unrest of the under-30 crowd. As Josh and his friends muddle through life, sex gets complicated, relationships wax and wane, friends struggle to see eye to eye, and the dog always steals the show. Simply put, everything is so delightfully awkward.

Synopsis: Students of color navigate the daily slights and slippery politics of life at an Ivy League college that’s not nearly as “post-racial” as it thinks.

This concludes the list of the best 5 TV shows like Netflix’s The Chair So, if you have watched them tell us in the comments and we will make a new list for you, and if you haven’t what are you waiting for.