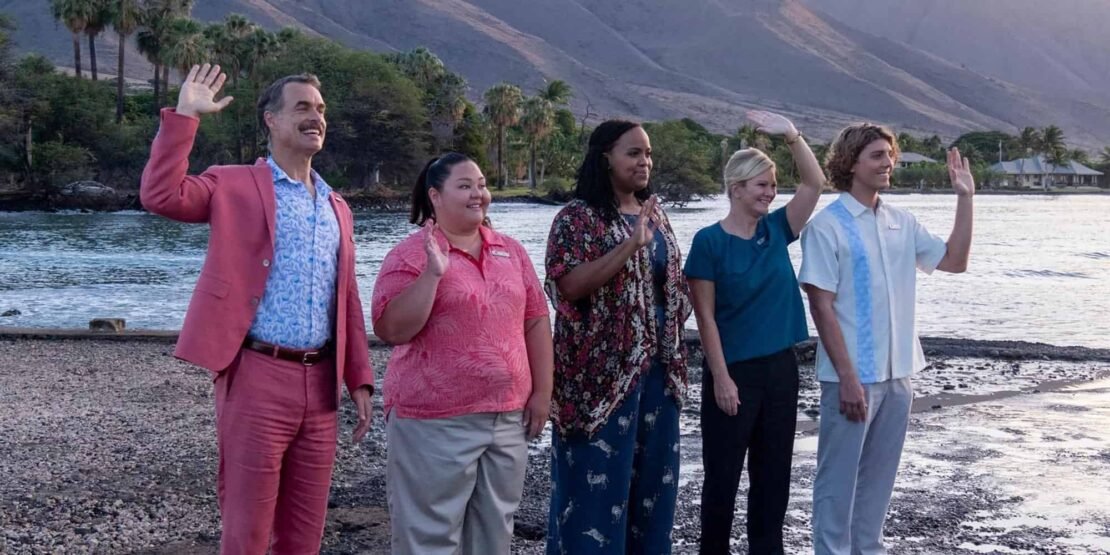 The White Lotus has sadly ended, but the great news for fans is that it was not a limited series anymore because it was renewed for a second season and turned into an anthology series. One of the main focuses of Mike White‘s HBO series The White Lotus was the portrayal of the people who work in the service industry, and how they have to tolerate anger and insults from the customers as well as the owners. So, we made a list of the best 5 TV shows like HBO’s The White Lotus, in these shows you will see the different kinds of portrayals of the people working in the service industry.

A social satire set at a tropical resort, this limited series follows various guests and employees over one highly transformative week. Checking into the luxurious White Lotus are a group of vacationers who run roughshod over the manager and head of spa services. As darker dynamics emerge, the truths of the travelers, employees, and even the idyllic locale itself are revealed.

From the bright-eyed newbies and the seen-it-all veterans to the clueless seasonal hires, together the employees continue to tackle the day-to-day grind of rabid bargain hunters and riot-causing sales, as well as the varied complex issues facing the American working class today … including doing their jobs in a pandemic and being deemed “essential” when they’re not exactly treated that way.

Synopsis: A group of struggling actors and dysfunctional dreamers wait for their big break while they are stuck serving hors d’oeurves for a Hollywood catering company ‘Party Down.’

Synopsis: A group of domestic workers, with dreams of their own, bond over their struggles in the melodramatic universe of their rich Beverly Hills employers.

Synopsis: Fran Drescher stars as Fran Fine, a street-smart young woman with a face out of Vogue and a voice out of Queens who stumbles onto the opportunity to become nanny to the children of a wealthy widower, Maxwell Sheffield. Soon Fran, with her offbeat nurturing and no-nonsense honesty, touches Maxwell as well as the kids.

This concludes the list of the best 5 TV shows like HBO’s The White Lotus. So, if you have watched them tell us in the comments and we will make a new list for you, and if you haven’t what are you waiting for.