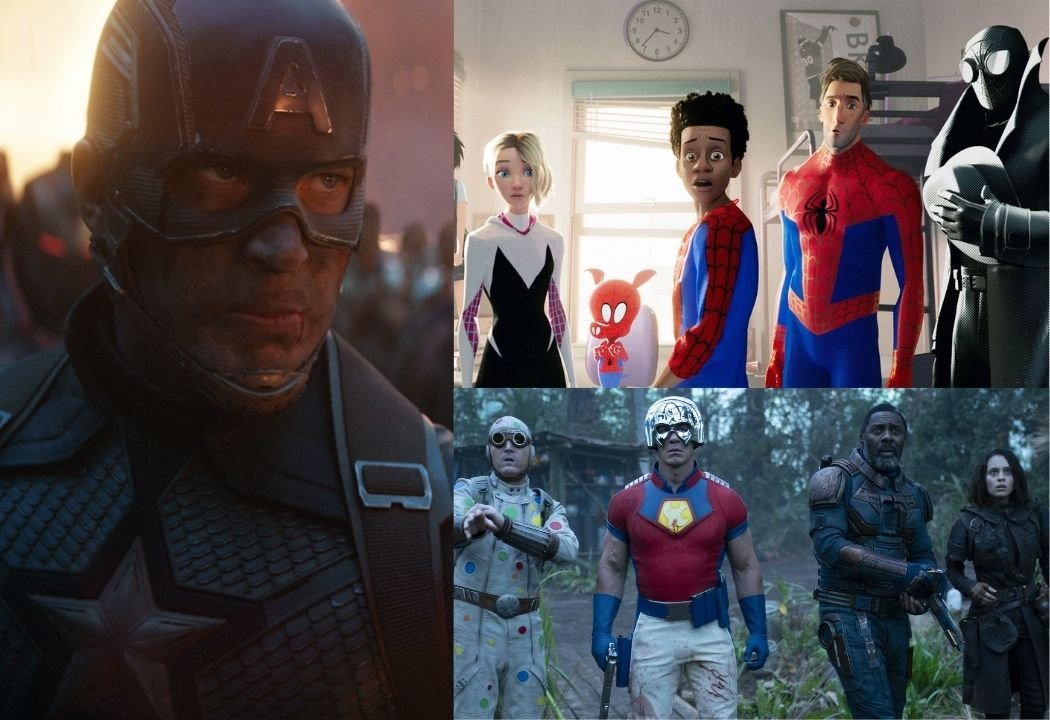 We are living in a world where superhero movies are a big part of our daily lives, it doesn’t matter if those heroes are DC or Marvel, or some other superhero from other companies, we all love superheroes because they give us hope, make us laugh, and sometimes make us question about our own life. So, we are here to list the top 10 superheroes movies (according to Rotten Tomatoes).

Synopsis: Thor is imprisoned on the other side of the universe without his mighty hammer and finds himself in a race against time to get back to Asgard to stop Ragnarok—the destruction of his homeworld and the end of Asgardian civilization—at the hands of an all-powerful new threat, the ruthless Hela. But first he must survive a deadly gladiatorial contest that pits him against his former ally and fellow Avenger—the Incredible Hulk!

Synopsis: Before she was Wonder Woman, she was Diana, princess of the Amazons, trained to be an unconquerable warrior. Raised on a sheltered island paradise, when an American pilot crashes on their shores and tells of a massive conflict raging in the outside world, Diana leaves her home, convinced she can stop the threat. Fighting alongside man in a war to end all wars, Diana will discover her full powers…and her true destiny.​

Synopsis: 2008’s Iron Man tells the story of Tony Stark, a billionaire industrialist and genius inventor who is kidnapped and forced to build a devastating weapon. Instead, using his intelligence and ingenuity, Tony builds a high-tech suit of armor and escapes captivity. When he uncovers a nefarious plot with global implications, he dons his powerful armor and vows to protect the world as Iron Man.

Synopsis: Christian Bale and director Christopher Nolan reunite following their blockbuster success with Batman Begins! This time, Heath Ledger joins the cast as The Joker, and Aaron Eckhart stars as Harvey Dent in an all-new adventure of The Dark Knight. With the help of Lieutenant Jim Gordon (Gary Oldman) and new district attorney Harvey Dent (Eckhart–Thank You for Smoking), Batman sets out to destroy organized crime in Gotham City forever. The three enjoy early success, but they soon find themselves prey to a rising criminal mastermind known as The Joker (Ledger–Brokeback Mountain), who throws Gotham into anarchy and forces Batman ever closer to crossing the line between hero and vigilante.​

Synopsis: The grave course of events set in motion by Thanos that wiped out half the universe and fractured the Avengers ranks compels the remaining Avengers to take one final stand in Marvel Studios’ grand conclusion to twenty-two films, “Avengers: Endgame.”

Synopsis: Marvel Studios’ “Black Panther” follows T’Challa who, after the death of his father, the King of Wakanda, returns home to the isolated, technologically advanced African nation to succeed to the throne and take his rightful place as king. But when a powerful old enemy reappears, T’Challa’s mettle as king—and Black Panther—is tested when he is drawn into a formidable conflict that puts the fate of Wakanda and the entire world at risk. Faced with treachery and danger, the young king must rally his allies and release the full power of Black Panther to defeat his foes and secure the safety of his people and their way of life.

Synopsis: It takes a will of steel to hide your superhero talents from a world that still needs you, yet no longer appreciates what you can do. Battling a bulging belly and a boring job, Mr. Incredible longs for the glory days of upholding law and order while his superhuman family tries to fit in with their “normal” life. Relief from quiet suburbia finally comes years later, when the family uncovers a diabolical plan and must bring together their respective strengths to save the day.

This concludes the list of the top 10 superhero movies according to Rotten Tomatoes. So, if you have watched them tell us in the comments and we will make a new list for you, and if you haven’t what are you waiting for.