0 Shares
In this list, I am going to mention the movies that are originally created for Netflix, there will be no order on the list I think all of these movies are worth your time.

This movie starts with two aspiring criminals when they screw up a briefcase exchange and then they come together to find the briefcase and they develop romantic feelings for each other.

This movie centers around former Texas Rangers Frank Hamer and Maney Gault who team up to catch the notorious criminal duo, Bonnie and Clyde.

3. Beasts of No Nation

This movie centers around a young orphan Agu(Abraham Atta) who gets trained by a fierce warlord(Idris Elba) as a Civil War rages in Africa.

This movie takes place in 1905, London when the Prodigal son Thomas Richardson returns home and finds out that his sister is being held for ransom by a religious cult So, Thomas travels to the island where the cult lives to get his sister back. As he infiltrates the island’s community he finds out that the corruption of mainland society that the cult claims to reject has infested the cult’s ranks and he also discovers a more evil secret that he could have imagined.

Following a mass extinction of humanity, a young girl is raised by a robot to repopulate earth there bond is tested when a stranger arrives with some alarming news.

This movie centers around a teenage girl Mija and her companion Okja a massive animal they both live in the mountains of South Korea but that changes when a multinational conglomerate Mirando Corporation takes Okja for themselves and transports her to New York. It is when Mija embarks on a rescue mission of her dearest friend.
8. Bright

In an alternate world where Orcs, Fairies, Elves, and other mythical creatures coexist with humans. Two police officers one a human and the other an orc must work together to protect a young elf girl and a forgotten relic which in the wrong hands could destroy everything.

9. The Fundamentals of Caring

A retires writer becomes a caregiver to a disabled teenage boy. When they embark on a road trip to see the world’s deepest pit their ability to cope is tested and they develop a deep friendship.

A small-time gambler agrees to stash a duffel bag for a criminal acquaintance who is heading to prison. When he discovers cash in the bag he can’t resist and he gambles with the money. 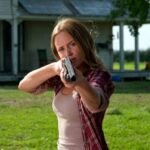 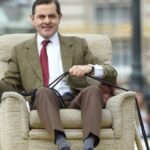