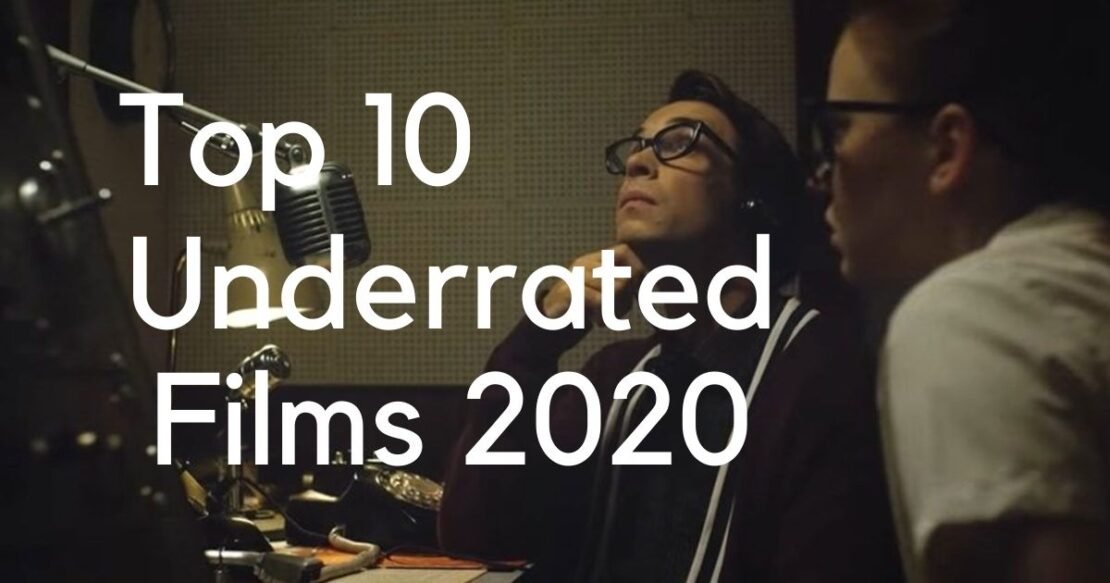 While being quarantined away at home we watched too many movies, even some bad ones but somehow masses missed these true gems so we made a list of those movies. This article contains the list of the top 10 most underrated movies of 2020.

Also Read: Top 5 Best Shows Like ‘Lupin’ You Have To See

Guns Akimbo is a black comedy, starring Daniel Radcliffe who plays Miles, a mild-mannered geek in real life and a troll on the internet, when he trolls some wrong people on the internet he finds himself in a death match with guns screwed into both his hands. Accompanying Radcliffe there is Samara Weaving who plays Nix, a coke-head who is out to kill anyone against him.

Official synopsis for the movies is, “Nerdy video game developer (Daniel Radcliffe) is a little too fond of stirring things up on the internet with his caustic, prodding, and antagonizing comments. One night, he makes the mistake of drunkenly dropping an inflammatory barb on a broadcast of Skizm, an illegal death-match fight club streamed live to the public. In response, Riktor (Ned Dennehy), the maniacal mastermind behind the channel, decides to force Miles’ hand (or hands, as it were) and have him join the “fun.” Miles wakes to find heavy pistols bolted into his bones, and learns Nix (Samara Weaving), the trigger-happy star of Skizm, is his first opponent.

Gleefully echoing elements of Edgar Wright’s Scott Pilgrim vs. the World, the Purge franchise, and videogames like Mortal Kombat, Guns Akimbo is hilariously dark, viciously violent, and potentially — chillingly — prescient. Director Jason Lei Howden (Deathgasm) foretells of a future that may soon await us: drone-captured live feeds, UFC-like competitions pushed to an extreme, and online streaming platforms used for gladiatorial entertainment all around the world. As Miles navigates the underworld of Skizm, the stakes — and the ratings — have never been higher.”

This psychological horror film stars Haley Bennett as Hunter, who recently married into a wealthy family, living in an isolated and big house she is cut off from the world and finds herself obsessed with swallowing inedible and sometimes threatening objects, but as the story progresses we see the reason behind her strange habit. Swallow is a difficult film to watch but if you sit through some gruesome scenes you will be rewarded with a brilliant story.

The official synopsis for the movie is, “On the surface, Hunter (Haley Bennett) appears to have it all. A newly pregnant housewife, she seems content to spend her time tending to an immaculate home and doting on her Ken-doll husband, Richie (Austin Stowell). However, as the pressure to meet her controlling in-laws and husband’s rigid expectations mounts, cracks begin to appear in her carefully created facade. Hunter develops a dangerous habit, and a dark secret from her past seeps out in the form of a disorder called pica – a condition that has her compulsively swallowing inedible, and oftentimes life-threatening, objects. A provocative and squirm-inducing psychological thriller, SWALLOW follows one woman’s unraveling as she struggles to reclaim independence in the face of an oppressive system by whatever means possible.“

Color Out Of Space

This wacky sci-fi thriller has the only thing it needs and that is Nicolas Cage. When a meteorite hits at the front of their yard, Nathan Gardener and his family find themselves battling a mutant extraterrestrial organism that affects their minds and bodies. Nicolas Cage’s over the top acting brings out some fun moments in this film, and make it worth your time.

The official synopsis for the movie is, “After a meteorite lands in the front yard of their farm, Nathan Gardner (Nicolas Cage) and his family find themselves battling a mutant extraterrestrial organism as it infects their minds and bodies, transforming their quiet rural life into a living nightmare. Based on the classic H.P. Lovecraft short story, Color Out of Space is “gorgeous, vibrant and terrifying” (Jonathan Barkan, Dread Central).“

Spontaneous is a black romantic comedy which is written and directed by Brian Duffield, Spontaneous is also Duffield’s directorial debut. It stars Katherine Langford and Charlie Plummer in lead roles.

The official synopsis for the film is, “Get ready for the most outrageous coming-of-age love story about growing up…and blowing up! When students in their high school begin inexplicably exploding (literally…), seniors Mara (Katherine Langford) and Dylan (Charlie Plummer) struggle to survive in a world where each moment may be their last. As an unexpected romance blossoms between them, Mara and Dylan discover that when tomorrow is no longer promised, they can finally start living for today!“

This HBO original is based on the true story of a compulsive liar and master manipulator Frank Tassone, whose eventual downfall is his own hubris. The film stars Hugh Jackman as Tassone, and accompanying him is Allison Janey, Ray Romano, and Geraldine Vishwanathan.

The official synopsis for the movie is, “Bad Education, stars Academy Award nominee Hugh Jackman, Academy Award winner Allison Janney and Emmy winner Ray Romano. Directed by Cory Finley and based on a true story, a student reporter starts to trace embezzlement at the Roslyn School District, in Long Island after the assistant superintendent makes a crucial mistake that hints at corruption that spans over a decade. Dr. Frank Tassone, played by Hugh Jackman serves as the superintendent of the district that he led to be the fourth best in the country. He’s forced to deal with the fallout of this scandal and attempts to protect others— and himself.“

Made on a budget of fewer than five million dollars this brilliant film is directed by Eliza Hittman and this movie probably classifies as true poetic cinema. This film stars Sydney Flanigan, Talia Ryder, Théodore Pellerin, Ryan Eggold, and Sharon Van Etten.

The official synopsis for the film is, “An intimate portrayal of two teenage girls in rural Pennsylvania. Faced with an unintended pregnancy and a lack of local support, Autumn and her cousin Skylar embark on a brave, fraught journey across state lines to New York City.“

This Netflix original Horse Girl stars Alison Brie as its lead in this psychological thriller, about a sweet girl who is having more and more lucid dreams barging into her real life.

Netflix’s official synopsis for the movie is, “Sarah (Alison Brie), an awkward woman with a fondness for crafts, horses, and supernatural crime shows, finds her increasingly lucid dreams trickling into her waking life.“

In today’s day and age romantic genre is really hard, where the leads share genuine chemistry and heavy emotions. The Photograph tells the story of journalist Michael (LaKeith Stanfield) and a museum curator Mae (Issa Rae), who fall in love but after Michael gets a job in London their relationship starts to deteriorate.

The official synopsis for the film is, “On Valentine’s Day, Issa Rae (HBO’s Insecure, Little) and LaKeith Stanfield (FX’s Atlanta, Sorry to Bother You) connect in a romance where a woman must learn from the secrets in her mother’s past if she is to move forward and allow herself to love and be loved.

When famed photographer Christina Eames unexpectedly dies, she leaves her estranged daughter Mae Morton (Rae) hurt, angry and full of questions. When a photograph tucked away in a safe-deposit box is found, Mae finds herself on a journey delving into her mother’s early life and ignites a powerful, unexpected romance with a rising-star journalist, Michael Block (Stanfield).”

The Assistant revolves around Jane (Julia Garner), an ambitious college graduate who is working as an junior assistant for an entertainment mogul in New York. While this all sounds good problem starts when Jane becomes the victim of workplace harasment. The Assistant is cold, brutal and brilliant in its display of issues like abuse and harrasement.

The official synopsis for the movie is, “Jane (Julia Garner) is a recent college graduate and aspiring film producer, who has recently landed her dream job as a junior assistant to a powerful movie mogul. Her day is much like any other assistant’s, but as Jane follows her daily routine, she grows increasingly aware of the questionable behaviour of her boss toward her female peers. She decides to take a stand, only to discover the true insidious nature of the system into which she has entered.“

The Vast Of Night

This Amazon Prime original sci-fi became a sleeper hit on its release, but sadly there aren’t many people who have watched it. Made on a miniscule budget of seven hundred thousand, it portrays a brilliant mystery and delivers its audience a satisfying ending.

The official synopsis for the film is, “In the twilight of the 1950s, on one fateful night in New Mexico, a young, winsome switchboard operator Fay (Sierra McCormick) and charismatic radio DJ Everett (Jake Horowitz) discover a strange audio frequency that could change their small town and the future forever. Dropped phone calls, AM radio signals, secret reels of tape forgotten in a library, switchboards, crossed patchlines and an anonymous phone call lead Fay and Everett on a scavenger hunt toward the unknown.“ 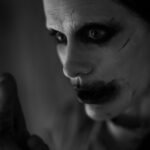