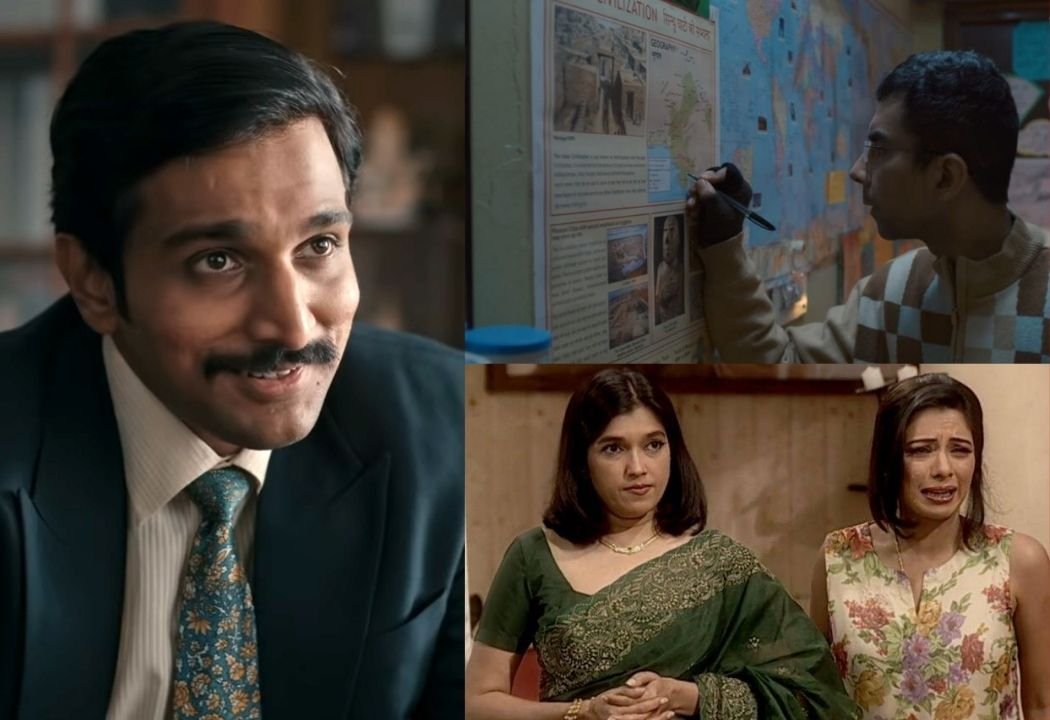 India has been always known for its different styles of film making but the television industry was not so well known but an internet content company came and changed basically everything about what we expect from a series. So, we are making a list of the top 10 Indian TV shows aka web series according to IMDB.

Synopsis: Panchayat is a comedy-drama, which captures the journey of an engineering graduate Abhishek, who for lack of a better job option joins as secretary of a panchayat office in a remote village of Uttar Pradesh.

Synopsis: Summer of ’98. A TVF Original web-series, Yeh Meri Family takes you back 20 years, to a simpler time in the home of the Guptas, in the summer of 1998. Meet 12-year old Harshu, elder brother Dabbu, Chitti – the little one, and their parents, with his best friend Shanky and his school crush Vidya. Go back in time with TVF, to your family roots.

Synopsis: The Sarabhais, an affluent Gujarati family in South Bombay, will have you in splits with their idiosyncrasies. Be a part of their crazy lives!

Synopsis: The mother of all wars, the epitome of all rivalries, the cauldron of emotions, insecurities, jealousies, and power play – Mahabharat!

Synopsis: He was the righteous crown prince of Ayodhya. She was his loyal and brave wife. Relive the magic of Ramanand Sagar’s masterpiece.

Synopsis: Set in the quaint by-lanes of the heart of India, Gullak is a collection of disarming and relatable tales of the Mishra family. Join Santosh & Shanti Mishra, their sons Annu and Aman, as they savor the many flavors of small-town life with a smattering of humor, wit and of course, abundant love.

Synopsis: Four guys quit their jobs to start their own company. Not as easy as it sounds.

Synopsis: UPSC – One of the toughest exams in the world. Nothing comes easy when you are preparing for it as an Aspirant. In Delhi’s Old Rajinder Nagar, thousands of people come every year with a dream of becoming an IAS officer. It takes a lot of hard work, perseverance, and discipline to crack it. But it also takes a lot of heart to endure the pressure.

Synopsis: ‘Scam’ is about the major scandals that shook India and are remembered as some of the most notorious crimes of the country. Set in 1980’s and 90’s Bombay, Scam 1992 follows the life of Harshad Mehta – the infamous “Bachchan of BSE”. It was a rags-to-riches story till financial journalist Sucheta Dalal exposed Harshad as the man behind India’s biggest financial scam. After his arrest, the stock market crashed and countless Indians lost all savings. For the first time, the CBI was compelled to launch an investigation into a financial crime. A corrupt financial system was revealed. Harshad eventually died in custody.

This concludes the list of the top 10 Indian TV shows (according to IMDB). So, if you have watched them tell us in the comments and we will make a new list for you, and if you haven’t what are you waiting for.