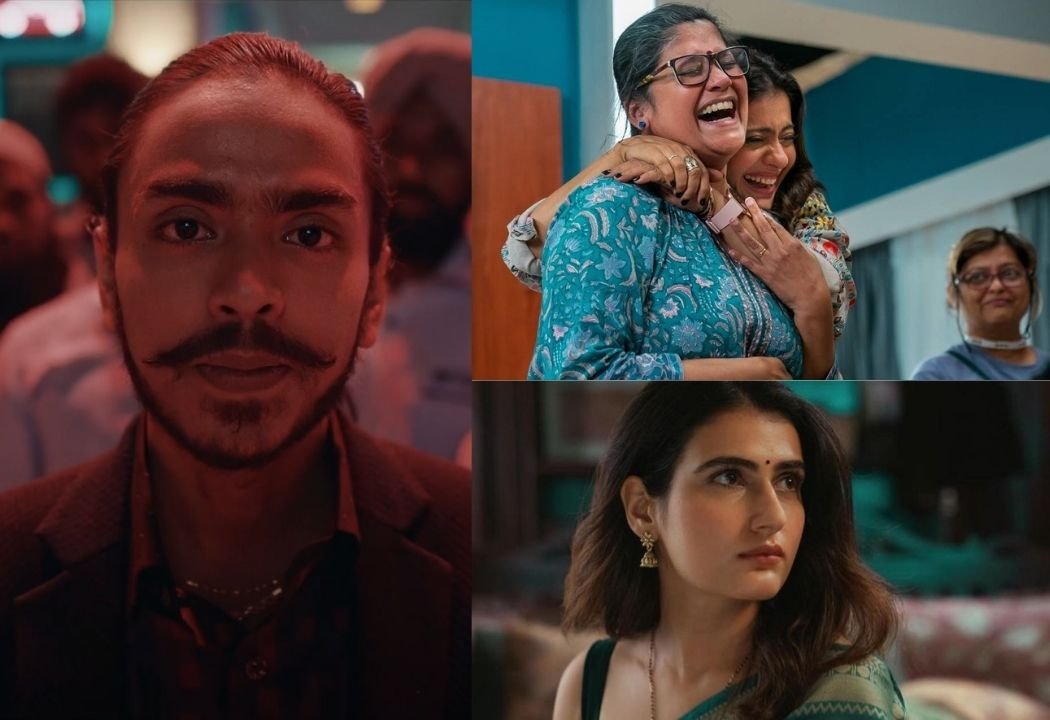 The movies in the list below are not ranked, because we think all of them deserve some of your time and they will surely entertain you even though for most of the films you will have to use subtitles.

Synopsis: During the late ’80s, Hemant Shah, the man with the Midas touch, pulled off the biggest hustle that shook India’s financial fabric. Inspired by true events.

Silence… Can You Hear It?

Synopsis: Silence… Can You Hear It?’ is a ZEE5 Original murder mystery film starring Manoj Bajpai, Arjun Mathur, Prachi Desai, and Sahil Vaid. When Pooja, the daughter of retired Justice Chaudhary, is found murdered under mysterious circumstances, ACP Verma is roped in to investigate this high-profile case.

Synopsis: When a teen in rural India discovers a life-changing passion for skateboarding, she faces a rough road as she follows her dream to compete.

Synopsis: The ambitious driver (Adarsh Gourav) of a rich Indian couple (Priyanka Chopra Jonas and Rajkummar Rao) uses his wit and cunning to escape from poverty and become an entrepreneur. The White Tiger is based on the bestselling novel by Aravind Adiga, directed and written for the screen by Ramin Bahrani and executive produced by Ava DuVernay, Priyanka Chopra Jonas and producer Mukul Deora.

Synopsis: When Sandhya’s husband suffers an untimely death, just a few months into their marriage, a slew of revelations forces her to re-examine her priorities and make some hard decisions. Pagglait is the journey of a young widow as she learns how to free her crazy, face the family and find herself.

Synopsis: Tribhanga is an Odissi dance pose that is disjointed and asymmetrical, yet mesmerizing and sensuous, so much like the lives of the three women characters of the film – Nayan, Anu, and Masha. A searing drama about a dysfunctional family consisting of women from three different generations, Tribhanga – Tedhi Medhi Crazy stars Kajol, Mithila Palkar, Tanvi Azmi, Kunaal Roy Kapur, Vaibhav Tatwawaadi, Kanwaljit Singh, and directed by Renuka Shahane.

Synopsis: Ajeeb Daastaans is an anthology of four strangely contrasting stories which delve into fractured relationships and unexplored spaces. The stories set in varied milieus, explore jealousy, entitlement, prejudices and toxicity, which are often entangled within the heart of their relationships. Each story also takes you on a journey where one would struggle with the moral dilemma of what’s right and what’s wrong, as the lines between them get blurred.

Synopsis: Ram Prasad ki Tehrvi is a family dramedy set in a middle class north Indian family of 6 children. Upon the father’s demise, a series of events unfold at the funeral which shows the interpersonal relationships in the family. Balancing traditions, obligations & family finances, the widowed mother realises the intricacies of her husband’s philosophies of life and wants to inculcate & pass on those values to the world.

Synopsis: A jaded forest officer (Vidya Balan) leads a team of trackers and locals intending to capture an unsettled tigress, while battling intense obstacles and pressures, both natural and man-made.

This concludes the list of the best top 10 Bollywood movies of 2021 (so far). So, if you have watched them tell us in the comments and we will make a new list for you, and if you haven’t what are you waiting for.