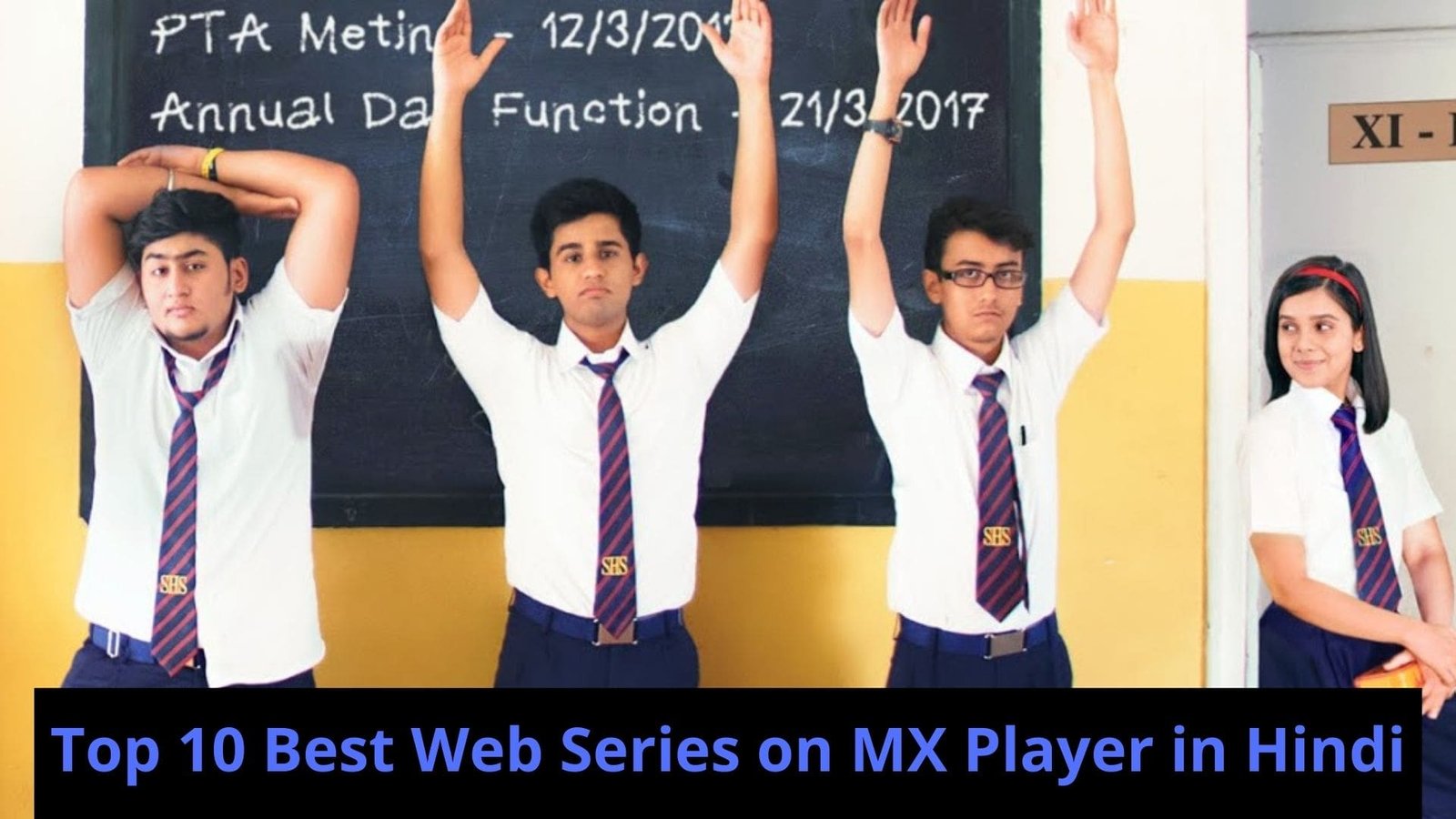 MX Player is one of the most talked-about streaming services in India. It is producing brilliant series for free for the masses and we are here to share a list of the top 10 best web series on MX Player in Hindi. The series on this list will be based on our picks rather than the critic’s reviews, and we have also included the series which are not MX Player Originals but are just streaming on the respected service. The series on this list is not ranked, because they are all worth your time, and you should at least give them a chance.

Flames is a teen rom-com drama web series, which aired its first season on YouTube and garnered huge success and love from fans, and then it went on with its second season to MX Player. The official synopsis for Flames on MX Player is, “Teenage is an age where too many emotions are going on inside of you, and no matter how much you try to control those, they always run loose. Such is the story of Ishita and Rajat, two teenage adventurers who tried to make sense of love at such a young age and set out to explore it, together, hand in hand. Ishita and Rajat, two west Delhi kids who went to the same tuition class and fell in love there. But is it love at first sight or just a crush at first sight?”

TVF’s Kota Factory famed Mayur More stars in a new MX Player original where he plays a lovesick guy who is in love with a girl but he doesn’t want to get between her relationship with her current boyfriend, but a series of events lead him to want to steal the girl of his dream. The official synopsis for Girlfriend Chor on MX Player is, “Lovelorn college guy Aakash has been friend-zoned – again! Neha, who he’s been pining for a while, broke up, immediately went on the rebound, and is now with the charming Vishal. Having seen Aakash’s patterns one too many times, his dad, Mohan decides that it’s time to intervene, much to Aakash, and his mother Sunaina’s chagrin. The parents invite themselves to Vishal’s party where the family meets Ritu, Vishal’s friend, who’s been friend-zoned by him the way Aakash has been. The four bands together and decide that they’re going to undertake a proper mission to set his complicated love square in order – With guidance from self-appointed expert Mohan, Ritu is going to be the boyfriend chor, while Aakash will finally become the girlfriend chor Mohan can be proud of.”

This MX Player Original stars none other than Jeetu Bhaiya (Jitendra Kumar). Cheesecake creators are TVF the most beloved web series production company and it revolves around a married couple whose marriage is not going so well but then their daily life is interrupted by a golden retriever whom they will call Cheesecake later on.

Another MX Player Original created by TVF and from my perspective I’m Mature is the best coming of age story told in a web-series yet. The official synopsis for I’m Mature on MX Player is, “ImMature is an Indian drama comedy web series by The Viral Fever. The 5 episode coming of age story depicts the life of a young boy Dhruv, who wants to grow up as soon as he can. Dhruv, with the help of his friends Kabir and Susu, tries to woo his first crush Chhavi, who is a class topper. Watch ImMature online to see this youth comedy-drama. The series showcases the group of friends growing together as they have their first drink, have their first love, get their hearts broken, and much more. The show is all about the growing up phase and difficulties faced during the same. Watch ImMature all episodes to join the gang in their journey to youth.”

Aashram is the latest on MX Player starring Bobby Deol as the antagonist and the lead character. The official synopsis for Aashram on MX Player is, “To fill your weekend with the suspending thought that will not leave your mind and open your eyes to the harsh reality of today’s society and the blind faith some people have in the so-called guru’s of the society, MX Player brings you its latest series “Aashram”. Directed by Prakash Jha, The show features Bobby Deol, Aaditi pohankar, Tushar Pandey, and Rajeev Siddhartharta. Bobby Deol plays the role of a Guru, known by the name of Baba Nirala, who is known to do magic, who has the solution to every problem of mankind, and who has the knowledge of every missing woman of the area. And from crime to politics, this veteran Baba soon becomes the Godly man.”

Bhaukaal is based on the true story of a brave police officer, SSP Naveen Shikera. The official synopsis for Bhaukaal on MX Player is, “Bhaukaal, is the story of SSP Naveen Sikhera, who cleanses the city of Muzaffarnagar infested with criminals. The city is in a state of chaos and utter lawlessness. When Naveen Sikhera joins Muzzafarnagar as the new SSP, he is challenged by utter despair of people living under the fear of local gangs. He reforms the police and nabs any and every effort of the criminals to take control of the city. Indeed, his heroic mission is to make Muzzafarnagar from a ‘crime capital’ to a ‘peace capital’.”

This MX Player Original is a crime drama and tells the story of crime lords in Purvanchal and is based on real-life events. The official synopsis for Raktanchal on MX Player is, “Raktanchal is the latest Hindi web series that highlights the epitome of crime in Purvanchal in the 1980s. When a young Vijay Singh takes charge against the tender and crime lord Waseem Khan, the city turns into the mayhem of havoc. Driven by rampant bloodshed, violence, and personal vendettas, the series is sure to provide you with wholesome entertainment. If you love to watch an action-packed crime drama, you would not miss the real-life events inspired series Raktanchal.”

Queen is an MX Player Original and tells the life story of Shakti Seshadri, from her childhood to her acting days to her political career. The official synopsis for Queen on MX Player is, “Queen! A historical fiction that is inspired by some landmark events in the history of Indian cinema and Indian politics, Queen brings the story of a young girl named Shakthi Seshadri to the forefront. Boasting of having Ramya Krishnan playing the titular role, the star cast of the directorial venture of Gautham Vasudev Menon and Prasath Murugesan also includes Anikha Surendra, Anjana Jayaprakash, Lilette Dubey, Vamsi Krishna, Sonia Agarwal, Tulasi, Viji Chandrashekhar, Vanitha Krishna Chandran, and Indrajith Sukumaran in pivotal roles. In a story where Shakthi is raised as an obedient girl accustomed to sacrifice her dreams and wishes for the sake of others right from the beginning, she turns her life around with sheer determination when she decides to play by her own rules.”

Did you watch TVF Pitchers yet? Tell me in the Comment Section