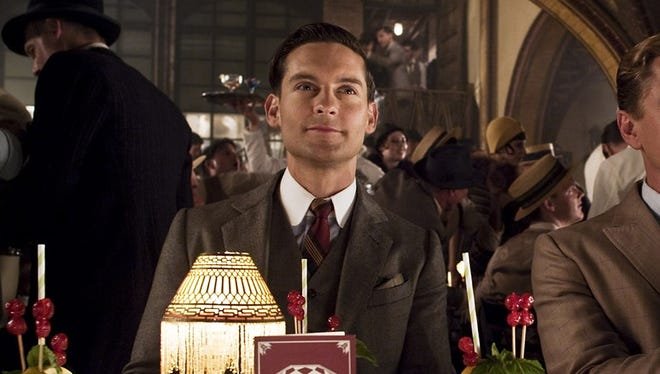 Tobey Maguire‘s acting career has been a bit slow, with him appearing in really few movies or TV shows over the years, instead, he has been focusing more on his work behind the camera.

Maguire’s career began with small roles as a child actor, and his first acting job was when he was only 14, and he made a name for himself in the early 2000s. Maguire is mostly known for his role of Peter Parker in Sam Raimi‘s Spider-Man trilogy which started from 2002 to 2007. Since Peter Parker, he has played characters like Nick Carraway in The Great Gatsby and Adult Tim and the narrator for The Boss Baby.

The third film in Tom Holland‘s Spider-Man series in the MCU will see Doctor Strange (Benedict Cumberbatch) and Peter Parker (Holland) collapse the multiverse’s timeline. While Maguire and Andrew Garfield are not confirmed for the film, it is very possible for them to show up in the upcoming film, because villains from both Raimi’s Spider-Man trilogy and Garfield’s The Amazing Spider-Man films are showing up in the film. Spider-Man: No Way Home is all set to hit theaters this December 17.

Tobey Maguire is all set to produce and appear in the upcoming period drama from the age of Hollywood named Babylon. The film is set at the transition between silent movies and the “talkies.” Alongside Maguire, Brad Pitt is set to play the fictionalized version of the actor and director John Gilbert and Margot Robbie will be portraying the role of Clara Bow. The film was originally supposed to release in December 2021 but it has been delayed to December 25, 2022, due to the COVID-19.

This concludes the list of every Tobey Maguire’s upcoming movies. So, tell us which Tobey Maguire film are you most excited to watch.