Timothée Chalamet is by far one of the most promising young actors working in Hollywood today, after his standout performances in films like Call Me By Your Name, Little Women, and The King. Timothée Chalamet has some exciting projects in development right now and some of his movies’ release dates were pushed back because of the coronavirus pandemic, and they are now coming in 2021.

We are going to list the actor’s upcoming films, which are already made and ready to release, and also the films that are under development.

The official synopsis for “Dune” is:

Dune, tells the story of Paul Atreides, a brilliant and gifted young man born into a great destiny beyond his understanding, who must travel to the most dangerous planet in the universe to ensure the future of his family and his people. As malevolent forces explode into conflict over the planet’s exclusive supply of the most precious resource in existence—a commodity capable of unlocking humanity’s greatest potential—only those who can conquer their fear will survive.

The official synopsis for “The French Dispatch” is:

The official synopsis for “Don’t Look Up” is:

A pair of astronomers try to warn everyone on Earth that a giant a meteorite will destroy planet in six months.

Timothée Chalamet will feature in Going Electric as one of the biggest musicians in the history of music, yes I am talking about Bob Dylan, and it has been reported that the film will focus on a specific event which occurred in the 1965 Newport Folk Festival when Bob Dylan traded his acoustic guitar for an electric guitar and new material. Going Electric is being produced by Bob Dylan’s longtime manager Jeff Rosen and some other Hollywood producers. There have been no new announcements about the film so we don’t know when the movie will be available to the audience, but as soon as the announcement comes we will inform you.

Find Me will serve as a sequel to the 2017 mega-hit film Call Me By Your Name, which catapulted Timothée Chalamet into stardom in a big way. The story will follow Chalamet’s Elio and Armie Hammer’s Oliver ten years after the summer of the love which we saw in the last movie.

Timothée Chalamet has been cast as the young Willy Wonka in the origin story film of the genius inventor and chocolate maker Willy Wonka. The film will be based on the characters by Roald Dahl, and it will follow a young Willy Wonka before he opened the world’s most famous chocolate factory.

Wonka film will be directed by Paul King, with a script he wrote with Simon Farnaby (with prior writers including Simon Rich, Simon Stephenson, Jeff Nathanson, and Steven Levenson). The film is being produced by David Heyman with his company Heyday Films, and Luke Kelly will be also producing the film. The film’s executive producers are Michael Siegel and Alexandra Derbyshire.

This concludes the list of Timothée Chalamet’s upcoming movies in 2021 and beyond that. Which film are you most excited about tell us in the comments. 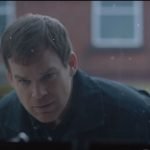 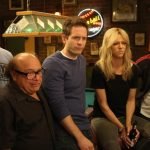