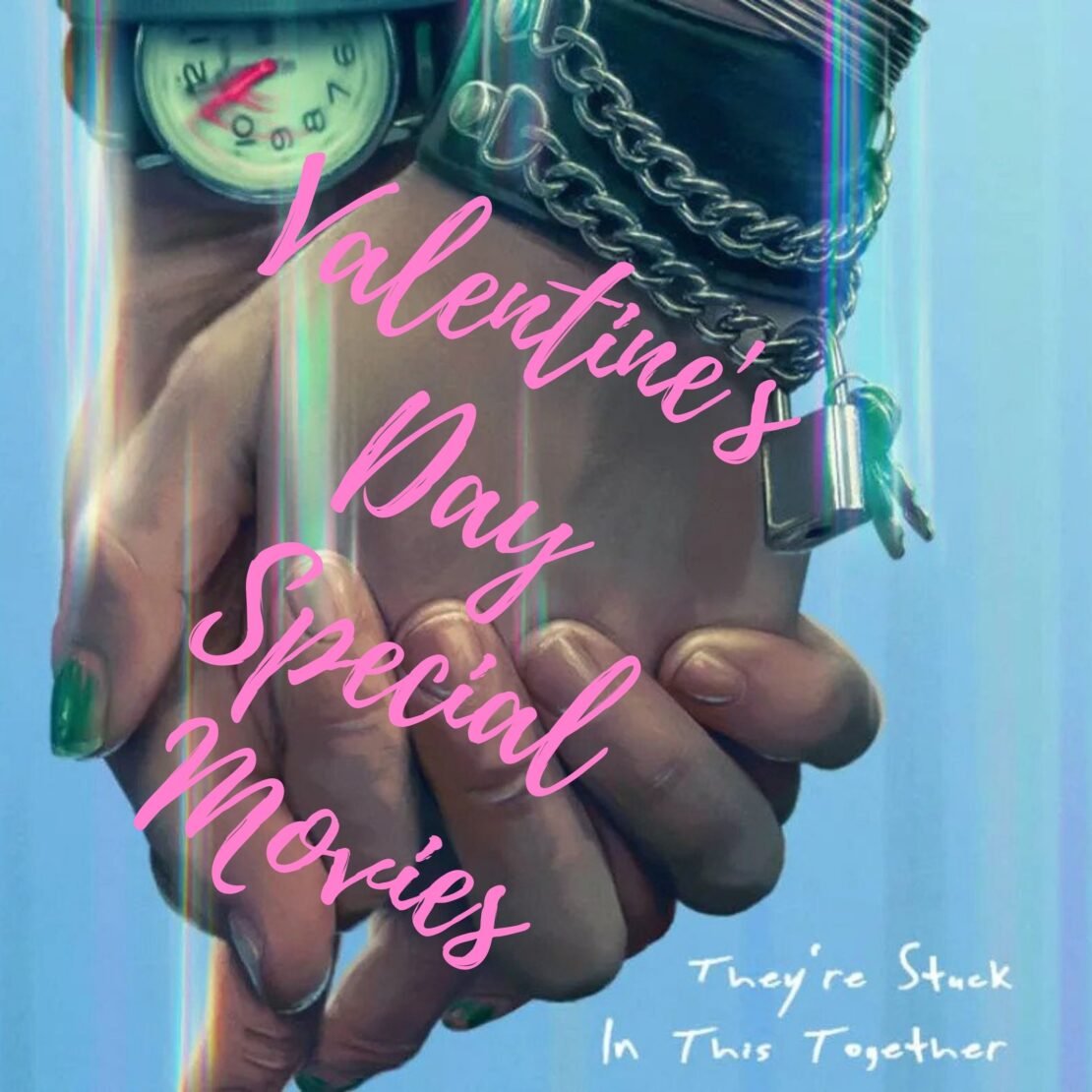 The day of love is here, and we are also here with a list of romantic movies to watch with your beloved.

The list of movies below is not ranked, so you can either watch all of them or watch the ones that feel right. Most of the movies below are from recent years and some classics.

The Map of Tiny Perfect Things

The Map of Tiny Perfect Things premiered yesterday on Amazon Prime Video, and it stars Kathryn Newton and Kyle Allen in this Sci-Fi Rom-Com.

The official synopsis for the movie is, “The Map of Tiny Perfect Things tells the story of quick-witted teen Mark, contentedly living the same day in an endless loop whose world is turned upside-down when he meets mysterious Margaret also stuck in the time loop. Mark and Margaret form a magnetic partnership, setting out to find all the tiny things that make that one day perfect. What follows is a love story with a fantastical twist, as the two struggle to figure out how – and whether – to escape their never-ending day.“

Read Also: Netflix’s Slumberland – What We Know So Far

The is film is based on the Novel of Jenny Han “To All The Boys: Always And Forever, Lara jeans”. It is also the final entry into All The Boys Trilogy.

The Creator of the smash hit HBO’s series Euphoria is on its way with his exciting new feature named Malcolm & Marie, and its cast will include Euphoria’s star Zendaya and Christopher Nolan‘s Tenet star John David Washington.

Life in a Year

What would you do if someone you love completely is going to die in year. Well, this movie answers the question. Life in a Year is romantic comedy starring Cara Delevingne and Jaden Smith.

The official synopsis for the film is, “A 17-year-old boy (Jaden Smith) with a promising future, reevaluates his future plans when he falls for Isabelle (Cara Delevingne), a girl from the wrong side of the tracks that flips his world upside down. After learning she is dying, he shifts his focus to give her their entire life together, in the year she has left. Live in the moment! Love every moment!“

The Broken Hearts Gallery is a romantic comedy about savoring moments of past relationships and moving on from them. It stars Geraldine Viswanathan and Dacre Montgomery.

The official synopsis for the movie is, “What if you saved a souvenir from every relationship you’ve ever been in? THE BROKEN HEARTS GALLERY follows the always unique Lucy (Geraldine Viswanathan), a 20-something art gallery assistant living in New York City, who also happens to be an emotional hoarder. After she gets dumped by her latest boyfriend, Lucy is inspired to create The Broken Heart Gallery, a pop-up space for the items love has left behind. Word of the gallery spreads, encouraging a movement and a fresh start for all the romantics out there, including Lucy herself.“

Spontaneous is a black romantic comedy which is written and directed by Brian Duffield, Spontaneous is also Duffield’s directorial debut. It stars Katherine Langford and Charlie Plummer in lead roles.

The official synopsis for the film is, “Get ready for the most outrageous coming-of-age love story about growing up…and blowing up! When students in their high school begin inexplicably exploding (literally…), seniors Mara (Katherine Langford) and Dylan (Charlie Plummer) struggle to survive in a world where each moment may be their last. As an unexpected romance blossoms between them, Mara and Dylan discover that when tomorrow is no longer promised, they can finally start living for today!“

Palm Springs has to be one of the best rom-com movies of 2020, taking the lead Andy Samberg and Cristin Milioti star in this brilliant rom-com which is witty, thoughtful, and sweet, and they are all in the right amount. Talking anything about this movie will probably a spoiler so just watch it, believe me, you will be thoroughly entertained.

The official synopsis for the film is, “When carefree Nyles (Andy Samberg) and reluctant maid of honor Sarah (Cristin Milioti) have a chance encounter at a Palm Springs wedding, things get complicated when they find themselves unable to escape the venue, themselves, or each other.“

Chemical Hearts is about a teenager Henry Page (Austin Abrams) and he has done nothing interesting till his final year of high school and then he meets a girl named Grace Town (Lili Reinhart) who is depressed because of a traumatic incident from her past and they together try to overcome the crushing time during teenage years and her own personal demons.

The official synopsis for the movie is, “Chemical Hearts is an unapologetic, coming of age story involving a hopeless romantic and a young woman with a mysterious past. Seventeen-year-old Henry Page (Austin Abrams) has never been in love. He fancies himself a romantic, but the kind of once-in-a-lifetime love he’s been hoping for just hasn’t happened yet. Then, on the first day of senior year, he meets transfer student Grace Town (Lili Reinhart) and it seems all that is about to change. When Grace and Henry are chosen to co-edit the school paper, he is immediately drawn to the mysterious newcomer. As he learns the heartbreaking secret that has changed her life, he finds himself falling in love with her —or at least the person he thinks she is. Based on the novel by Krystal Sutherland, Chemical Hearts is a journey of self-discovery that captures the thrills, disappointments and confusion of being a teenager.

In today’s day and age romantic genre is really hard, where the leads share genuine chemistry and heavy emotions. The Photograph tells the story of journalist Michael (LaKeith Stanfield) and a museum curator Mae (Issa Rae), who fall in love but after Michael gets a job in London their relationship starts to deteriorate.

The official synopsis for the film is, “On Valentine’s Day, Issa Rae (HBO’s Insecure, Little) and LaKeith Stanfield (FX’s Atlanta, Sorry to Bother You) connect in a romance where a woman must learn from the secrets in her mother’s past if she is to move forward and allow herself to love and be loved.

When famed photographer Christina Eames unexpectedly dies, she leaves her estranged daughter Mae Morton (Rae) hurt, angry and full of questions. When a photograph tucked away in a safe-deposit box is found, Mae finds herself on a journey delving into her mother’s early life and ignites a powerful, unexpected romance with a rising-star journalist, Michael Block (Stanfield).”

The most famous and classic romantic film of all time is The Notebook, and you can’t not watch it on Valentine’s Day. The Notebook stars Ryan Gosling and Rachel McAdams in the lead roles.

The official synopsis for the movie is, “This adaptation of author Nicholas Sparks’ bestselling novel revolves around Noah Calhoun’s regular visits to a female patron of an area nursing home. Rather than bore her with the inanities of everyday life, Calhoun reads from an old, faded notebook containing the sweeping account of a young couple whose love affair was tragically put to a halt after their separation in the mids of World War II.“