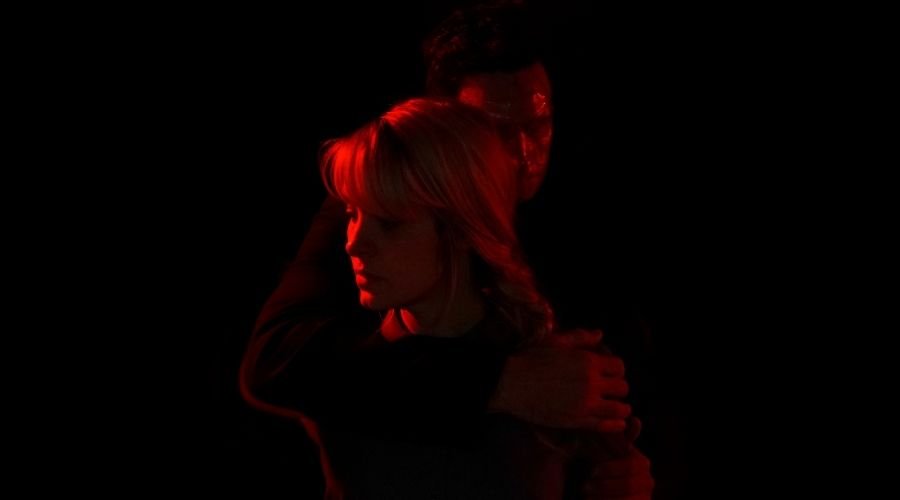 2021 is about to end and this is the time to look back on the year and list all of the best Shudder original movies of this year. This was a great year for Shudder’s original films, as there were so many movies and some of them were pretty brilliant, but 15 is a pretty small number, so we might not be able to add all the brilliant films that came out this year on Shudder, but we have tried our best to name the movies that everyone would enjoy. The movies on this list are not ranked.

The Queen of Black Magic

Synopsis: In this terrifying and gory tale of buried secrets and supernatural revenge from two of Indonesia’s modern masters of horror, a middle-class family travels into rural Indonesia to visit the terminally ill director of the orphanage where the father was raised as a child. Sinister and terrifying events soon befall them and the other visiting families as the orphanage’s dark history reveals itself. Screenwriter Joko Anwar (Impetigore, Satan’s Slaves) and director Kimo Stamboel (Headshot) deliver a bloodthirsty spine-tingler that grabs you and doesn’t let go.

Synopsis: A possessed pair of jeans is brought to life to punish the unscrupulous practices of a trendy clothing company. Shipped to the company’s flagship store, Slaxx proceeds to wreak carnage on staff locked in overnight to set up the new collection. Starring Romane Denis (Slut in a Good Way), Brett Donahue (Private Eyes), Sehar Bhojani (The Handmaid’s Tale) and Stephen Bogaert (The Umbrella Academy). Directed by Elza Kephart (Go in the Wilderness).

Synopsis: Life takes a sudden turn for May (Brea Grant, After Midnight), a popular self-help book author, when she finds herself the target of a mysterious man with murderous intentions. Every night, without fail he comes after her, and every day the people around her barely seem to notice. With no one to turn to, May is pushed to her limits and must take matters into her own hands to survive and to regain control of her life. Written by Brea Grant, directed by Natasha Kermani (Imitation Girl).

Synopsis: With her marriage about to implode, Miriam returns to her hometown to seek solace in the comfort of her younger sister and brother-in-law. But one evening a tiny slip in judgement leads to a catastrophic betrayal, leaving Miriam shocked, reeling, and furious. Believing her only recourse is to exact revenge Miriam takes extreme action, but the price of retribution is high, and she is not prepared for the toll it takes as she begins to emotionally and psychologically unravel. Directed by Madeleine Sims-Fewer and Dusty Mancinelli.

Synopsis: After the discovery of a mysterious VHS tape, a brutish police swat team launch a high intensity raid on a remote warehouse, only to discover a sinister cult compound whose collection of pre-recorded material uncovers a nightmarish conspiracy. V/H/S/94 is the fourth installment in the hit horror anthology franchise and marks the return of the infamous found footage anthology with segments from franchise alumni Simon Barrett (Séance) and Timo Tjahjanto (May the Devil Take You Too) in addition to acclaimed directors Jennifer Reeder (Knives & Skin), Ryan Prows (Lowlife) and Chloe Okuno (Slut).

Synopsis: Fried Barry, a Ryan Kruger thing, follows the story of a drug-addled degenerate who, after yet another bender, gets abducted by aliens. Barry takes a backseat as his alien visitor assumes control of his body and takes it for a joyride through Cape Town. What follows is an onslaught of drugs, sex and violence as Barry’s alien tourist enters the weird and wonderful world of humankind.

Synopsis: Lone drifter Isaac accepts a job to look after his landlord’s niece, Olga, for a few days in an isolated house on a remote island. It seems like easy money, but there’s a catch: he must wear a leather harness and chain that restricts his movements to certain rooms. Once Olga’s uncle, Barrett leaves the two of them alone, a game of cat and mouse ensues as Olga displays increasingly erratic behavior as a trapped Isaac makes a series of horrific discoveries in the house. Directed by Damien Mc Carthy. Starring Jonathan French, Leila Sykes and Ben Caplan.

Synopsis: Joel, a caustic 1980’s film critic for a national horror magazine, finds himself unwittingly trapped in a self-help group for serial killers. With no other choice, Joel attempts to blend in with his homicidal surroundings or risk becoming the next victim.

The Boy Behind the Door

Synopsis: A night of unimaginable terror awaits twelve-year-old Bobby and his best friend, Kevin, when they are abducted on their way home from school. Managing to escape his confines, Bobby navigates the dark halls, praying his presence goes unnoticed as he avoids his captor at every turn. Even worse is the arrival of another stranger, whose mysterious arrangement with the kidnapper may spell certain doom for Kevin. With no means of calling for help and miles of dark country in every direction, Bobby embarks on a rescue mission, determined to get himself and Kevin out alive… or die trying.

Synopsis: Rowan, a vulnerable outsider, is thrilled when the seemingly perfect Emily invites her on a winter getaway to an isolated cabin in the woods. Trust soon turns to paranoia when Rowan wakes up with mysterious incisions on her arm. Haunted by dream-like visions, Rowan starts to suspect that her friend is drugging her and stealing her blood. She’s paralyzed by the fear of losing Emily, but she must fight back before she loses her mind.

Synopsis: Teddy (Osric Chau, Supernatural) and Claire (Sara Canning, The Vampire Diaries) are travel vloggers who run a channel called “SUPERHOST” where they travel and share their experiences in and around vacation homes, and until recently, had become successful doing it. With a dwindling subscriber count, they find the perfect opportunity to create content that people want to see when they meet Rebecca (Gracie Gilliam, Z Nation), the host of their most recent trip. Slowly they start to realize that something isn’t right with Rebecca, and as they investigate it further, they unlock a horrifying truth. She doesn’t just want a great review; she wants something far worse.

Synopsis: In this unsettling ghost story, Leah, 10, lives in a large, old house with her family but can’t quite work out why her mother seems so distant. At night she is visited by a mysterious guest, who might be able to give her some answers. With a new challenge every night, Leah is rewarded with bits of knowledge that, when pieced together, threaten to shine a dangerous light on both the truth in her nightmares and of the world she lives in. Written and directed by Ruth Platt. Starring Denise Gough, Anastasia Hille and Steven Cree.

Synopsis: Eva (Eugénie Derouand, Paris Police 1900) has been paraplegic for the past three years. When her birthday arrives, she receives a strange advent calendar as a gift. But instead of the traditional sweets, every day reveals something different; sometimes pleasant but often terrifying, and increasingly bloody. It’s going to be a very deadly Christmas this year. Written and directed by Patrick Ridremont.

Synopsis: Strange events unfold in Six Mile Hill – a sleepy Irish town that claims to have been traveled by the famed author Bram Stoker – when construction on a new road disrupts the alleged grave of Abhartach, a legendary Irish vampire said to have inspired Dracula. Deadly and sinister forces terrorize the work crew led by Francie Moffat and his son Eugene, a free-spirited young man who prefers pints to pickaxes, and they’re forced to fight to survive the night while exposing the true horror that resides in the town’s local myth.

Synopsis: It is summer break and best friends Amélie, Bintou and Morjana hang together with other neighborhood teens. Nightly, they have fun sharing scary stories and urban legends. But when Amélie is assaulted by her ex, she remembers the story of Kandisha, a powerful and vengeful demon. Afraid and upset, Amélie summons her. The next day, her ex is found dead. The legend is true and now Kandisha is on a killing spree—and it’s up to the three girls to break the curse. Directed by INSIDE and LIVID duo Julien Maury and Alexandre Bustillo. Starring Mathilde Lamusse, Samarcande Saadi and Suzy Bemba.

This concludes the list of the best 15 Shudder original movies of 2021. So, if you have watched them tell us in the comments and we will make a new list for you, and if you haven’t what are you waiting for.