HBO’s 2020 miniseries The Outsider is one of the best supernatural procedural crime drama series out there. Based on Stephen King’s novel of the same name and it is developed for television by Richard Price. The series follows a seasoned cop (Ben Mendelsohn) and an investigator (Cynthia Erivo) as they have to question everything they believe in because of a gruesome murder of an 11-year-old boy and the supernatural elements behind it. So, if you miss the horror crime series here are some more shows like The Outsider you could watch.

Synopsis: Pittsburgh detective Joe Miller embarks on a desperate search for his young daughter, Anna, who disappeared from an eerie room in an abandoned New Mexico motel. That room now exists outside of normal time and space, and Joe must find a series of occult objects to use as tools to locate the key to opening the `lost room’. His quest is complicated by others who seek to find the objects for their own hidden motives.

Synopsis: Lots of people find themselves leading a double life… but none quite like this. After Detective Michael Britten (Jason Isaacs) wakes up from a car accident with his wife and teenage son, he learns the devastating news that his wife died in the crash. Trying to put the pieces of his life back together, he wakes up a few days later to realize that his wife is very much alive and his son died in the accident! Did he lose his wife or his son? Or neither of them? Michael goes back to work solving crimes while trying to put things back on a “normal” track, but alternating between realities provides some challenges. Michael begins seeing two different therapists to help him sort things out, but then again why would he want either “reality” to go away when the totality of both means having his family complete? From groundbreaking writer Kyle Killen comes a drama about the power of the mind, where the inception of life is a mystery and reality might just be overrated.

Synopsis: Kolchak: The Night Stalker is a classic supernatural drama that follows Carl Kolchak (Darren McGavin, “A Christmas Story”), an intrepid reporter specializing in occult cases. In his investigations, he looks into mysterious crimes with unusual causes and encounters a host of monsters and villains – ranging from werewolves to Satan worshipers to Helen of Troy.

Synopsis: 1938 Los Angeles is a time and place deeply infused with social and political tension. When a grisly murder shocks the city, Detective Tiago Vega and his partner Lewis Michener become embroiled in an epic story that reflects the rich history of Los Angeles: from the building of the city’s first freeways and its deep traditions of Mexican-American folklore, to the dangerous espionage actions of the Third Reich and the rise of radio evangelism. Before long, Tiago and his family are grappling with powerful forces that threaten to tear them apart. 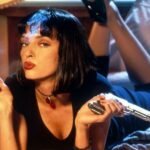 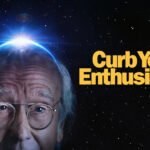