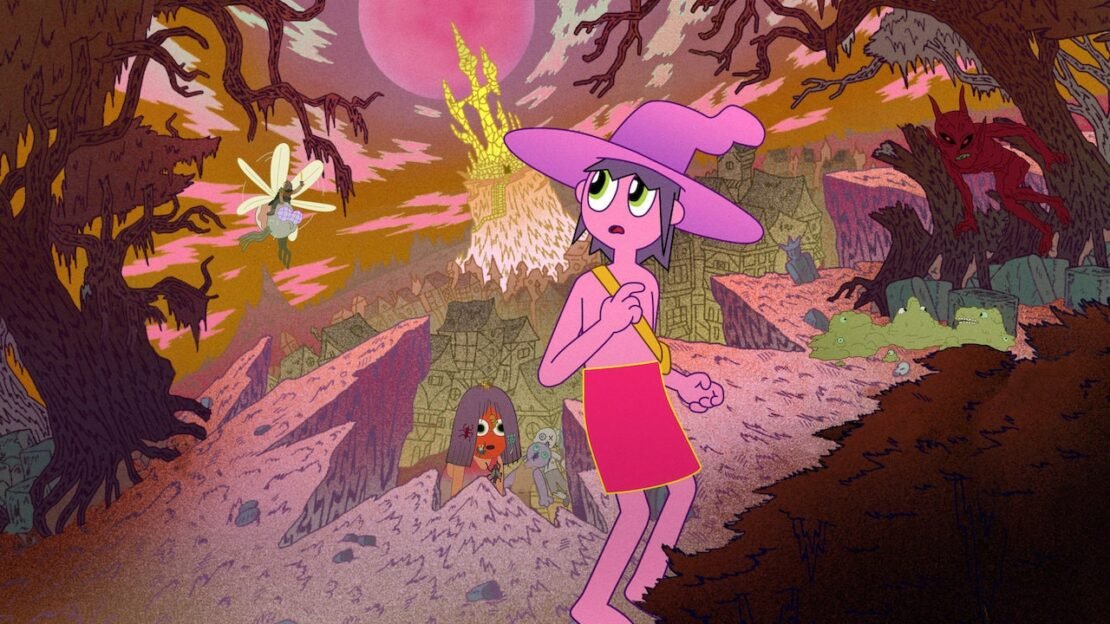 The Midnight Gospel is one of the best adult animated series Netflix has ever made. The Midnight Gospel follows a space caster as he traverses through many trippy worlds via his universe simulator. The series premiered in 2020 and Netflix still hasn’t renewed it for a second season while there is little hope that we will get Season 2 fans are still waiting for it. So, if you also miss the series here are 10 shows you could watch to pass the time.

Also Read: Shows Like ‘Final Space’ To Watch If You Miss the Series

Also Read: Shows Like ‘Inside Job’ To Watch If You Miss the Series

Synopsis: What do you get when you let some of the most maniacal minds in entertainment today write their own animated shorts set in the world of The Boys? You’d get The Boys Presents: Diabolical, an eight-episode animated anthology series that plunges elbow-deep into the unseen crevices of superhero violence audiences have devoured—and emerges with a fistful of insanity. The series features episodes from the brilliant and warped minds of Awkwafina, Garth Ennis, Eliot Glazer and Ilana Glazer, Evan Goldberg and Seth Rogen, Simon Racioppa, Justin Roiland and Ben Bayouth, Andy Samberg, and Aisha Tyler. From Homelander’s first mission/mistake and a home for kids who didn’t quite get the A-list superpowers, to Butcher and Hughie in the style of the original comics, The Boys Presents: Diabolical has something for everyone—everyone who enjoys blood-drenched but also shockingly emotional television.

Synopsis: From acclaimed creators Kate Purdy and Raphael Bob-Waksberg (BoJack Horseman) comes the Amazon Original Undone, a groundbreaking and genre bending animated series about a young woman’s complex journey to unlock her past and solve the mystery of her father’s death. Alma Winograd-Diaz (Rosa Salazar, Alita: Battle Angel) takes her mundane life one day at a time until a near fatal accident induces visions of her late-father, Jacob (Bob Odenkirk). Through these persistent visions he urges her to tap into a mysterious ability that allows her to travel through space and time with the hopes of preventing his untimely death. This quest challenges Alma’s relationships and brings into question her mental wellbeing with those closest to her. Undone is brought to life using rotoscope animation, a process that has never before been used in episodic television. The unique look of the animation, under the direction of Hisko Hulsing (Montage of Heck), utilizes a variety of mediums, including oil painting on canvas to render the backgrounds. Amsterdam-based animation studio Submarine has assembled an incredible team of artists and painters from all over Europe to bring the animation elements to life, with rotoscope by the veteran team behind A Scanner Darkly at Austin-based Minnow Mountain (Tower) led by co-producer Craig Staggs. Undone also stars Angelique Cabral, Constance Marie, Siddarth Dhananjay and Daveed Diggs. John Corbett, Jeanne Tripplehorn, Nicholas Gonzalez, Sheila Vand and Tyler Posey are among the guest stars.

Synopsis: ‘What If…?’ flips the script on the MCU, reimagining famous events from the films in unexpected ways. Marvel Studios’ first animated series focuses on different heroes from the MCU, featuring a voice cast that includes a host of stars who reprise their roles. The series is directed by Bryan Andrews; AC Bradley is head writer.