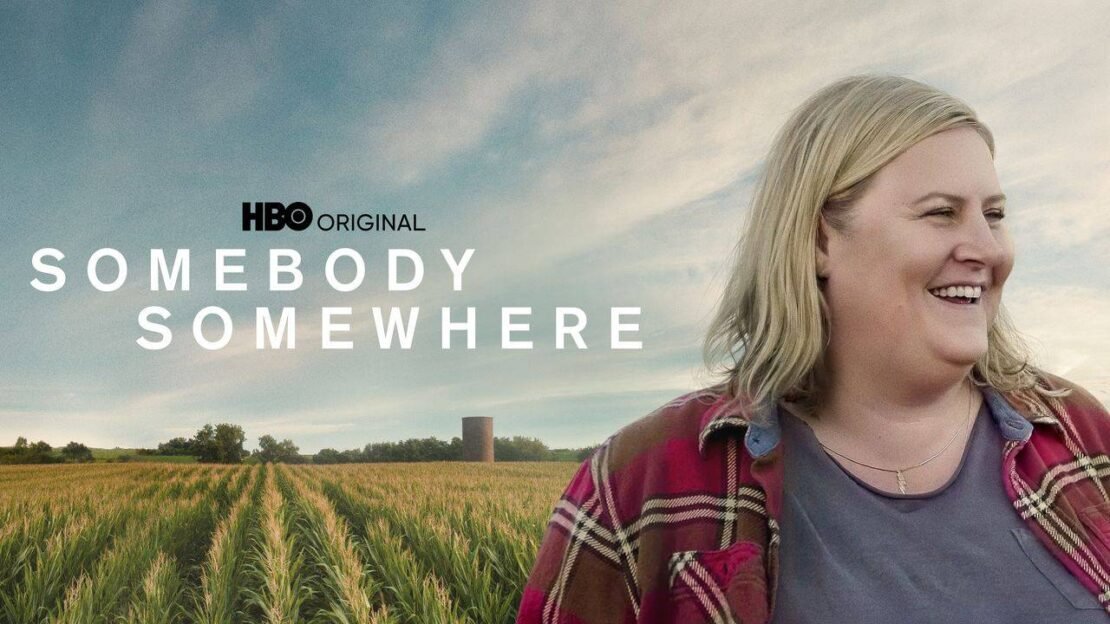 Somebody Somewhere is one of the most underrated HBO comedy series. The series premiered in 2022 and starred stand-up comedian Bridget Everett as Sam, a nihilistic Kansan woman who is dealing with the grief of losing her sister while also feeling like she doesn’t fit into her own hometown. The series also deals with her complex relationship with her parents and surviving sister. But soon she realizes that singing is the one thing that makes her feel good and might be one of the best things in her life. This realization sends her on a journey to discover herself and a community of outsiders, in which she might fit. Somebody Somewhere was renewed for a second season and will premiere on HBO and HBO Max in 2023. So, while you wait for Season 2 here are some shows you can watch to pass the time.

The whole world is in love with Ted Lasso, and there are many reasons for it but as far as I can think the main reason for the series’ success is its lead character’s optimistic way of seeing the world and treating the people around him with kindness. Apple TV+ comedy series Ted Lasso follows the titular character as he moves from America to England in order to train a Football aka Soccer team, which he has no experience in, but that doesn’t stop him from taking the job. While initially he is met with some skepticism but most of the people working with him come around and join him in his way of working. Ted Lasso will come back with its third and final season soon. The series stars Jason Sudeikis, Hannah Waddingham, Brett Goldstein, Juno Temple, and Brendan Hunt.

After Life is surely one of the best works of Ricky Gervais, simply because with being utterly funny the series also has a lot of heart. The Netflix series follows Tony, a man broken by the recent death of his cancer-ridden wife. He works at a local newspaper with his brother-in-law and some quirky colleagues and this is where he finds his salvation alongside the power to get through one of the hardest parts of his life. After Life aired for three seasons and with the final season airing in 2022 the series has concluded its story.

Pivoting is a comedy series created by Liz Astrof. The Fox series follows a group of friends Amy, Jodie, and Sarah as they try to grieve the sudden death of their friend Coleen. After Coleen’s death, all of her friends think that they have to change their life in some ways to find happiness. As they try to bring change into their lives, they take impulsive and irrational decisions which brings them even closer. Pivoting stars Eliza Coupe, Ginnifer Goodwin, Maggie Q, Tommy Dewey, and Colton Dunn.

There’s no shortage of fans of the Award-winning comedy series Schitt’s Creek, mainly because it was a brilliant piece of television with a very intriguing and charismatic leading cast played to perfection by Daniel Levy, Eugene Levy, Annie Murphy, and Catherine O’Hara. The CBC series follows the wealthy Rose family as they lose all of their fortunes because of a corrupt manager, all of their assets are confiscated and the only thing remaining to their name is a town they bought as a joke named Schitt’s Creek. During their stay in Schitt’s Creek, the Rose family comes together and finds the true meaning of family.

Single Drunk Female is a comedy-drama about a young alcoholic woman Samantha Fink who is forced to move back home after a public flame-out at a New York Media Company. She goes back to her home to live with her overbearing mother, as she goes on with her life she has to deal with the unbearing reality of being sober and she also has to do everything she can to not fall into her old habits. Single Drunk Female is created by Simone Finch and it stars Sofia Black-D’Elia, Lily Mae Harrington, Ally Sheedy, Jojo Brown, and Garrick Bernard.

Flowers is a British dark comedy series created by Will Sharpe. The series follows the Flower family consisting of a depressed father and children’s author Maurice and his wife Deborah a music teacher as they try to make their marriage work. While also dealing with their rival twin children and other eccentric family members. Flowers follows Julian Barratt, Olivia Colman, Will Sharpe, Daniel Rigby, and Sophia Di Martino.

Fleabag is one of those shows that came, mesmerized everyone, and left too soon. The British comedy series by Phoebe Waller-Bridge is one of the wittiest comedy series that also deals with some heavy mental health issues. It follows a sarcastic young who is dealing with her strange and quirky family while also handling some dark issues that are haunting her day and night.

Hacks is one of the best HBO Max original comedy series starring Jean Smart in the lead role who does a marvelous job of playing the disillusioned Las Vegas comic, who mentors a 25-year-old entitled comedy writer. Jean Smart even won the Emmy award for Outstanding Lead Actress in a Comedy Series.

Napolean Dynamite is an animated comedy series based on the 2004 superhit indie film of the same name. The series is set in the small town of Preston, Idaho and it follows the titular character when he is 16 years old and thinks he is an expert in everything. The series was created by the film’s co-writers and directors Jared and Jerusha Hess, who developed the story for television with Mike Scully.

Pushing Daisies was pitched as a forensic fairy tale and it tells the story of a pie maker named Ned (Lee Pace) who has the extraordinary ability to bring anyone back from the dead just by touching them, but there is a catch and that is that if he touches them for a second time they die permanently. There is also another catch and that is if he doesn’t touch the reanimated person in under one minute someone else will die and take the place of the reanimated person. Ned begins to help a detective in order to solve his cases by reanimating the dead for a minute. Everything was going as smoothly as it could when Ned learns that his childhood crush died and in his grief, he touches her and lets somebody else die in her place (don’t worry the person who died wasn’t exactly a saint), and then both of them start a relationship despite never being able to touch.