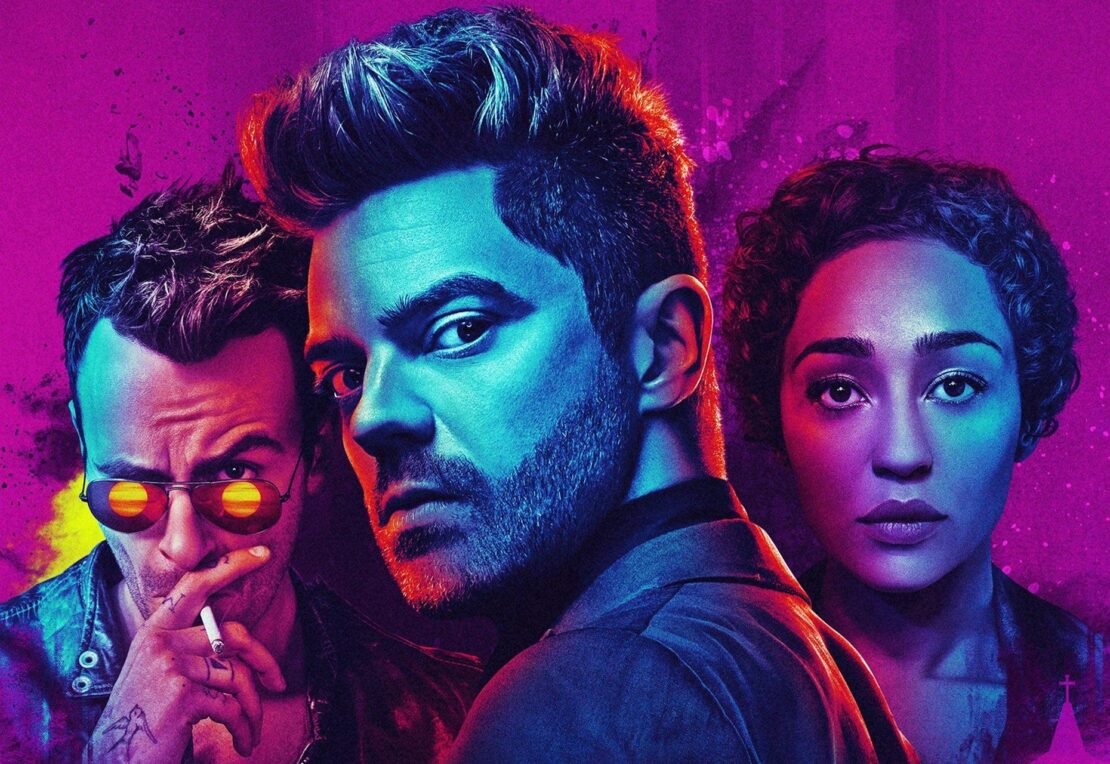 AMC’s Preacher is one of the best shows about religion and it blends the horror and comedy genres perfectly to give you a brilliant yet immensely weird series. Based on a comic book series of the same name by Garth Ennis and Steve Dillon, Preacher follows Jesse Custer, a hard-drinking and often violent preacher, who has doubts about his faith but he ends up with a very powerful force from Heaven which gives him immense powers. This force in turn makes him a target for many groups including supernatural killers, religious fanatics, and even angels from Heaven. The series ended with its fourth and final season in 2019, giving the fans a satisfying ending to the Preacher saga and if you still miss the AMC series here are some more shows you could watch to fill the time.

Mr. Robot is one of the most brilliant series ever made about mental illness and computer hacking. The series follows Elliot Alderson, a cyber-security engineer who suffers from crippling anxiety, but he is also a vigilante hacker by night. Elliot tries to lead a normal life but all of that goes out the window when a cryptic anarchist name Mr. Robot tries to recruit him in his merry band of hackers to take down the Evil Corporation. Mr. Robot went off the air in 2019 after the genius series finale that shocked basically everyone.

Happy! is a Syfy live-action animated hybrid dark comedy series. The brilliant black comedy debuted on the Syfy channel in 2018 and it’s based on the four-part comic series of the same name by Grant Morrison and Darick Robertson. The series follows a former investigator and cop named Nick Sax, who is currently working as a hitman and now wastes his time drinking, having sex with prostitutes, and doing drugs. Until one day when Nick has a massive heart attack and that’s when a blue-winged animated unicorn appears to Nick and tells him that he is the imaginary friend of a little girl named Hailey, who has been kidnapped by an evil Santa and also she is Nick’s estranged daughter. Happy! ran for two seasons until it was unceremoniously canceled because of low viewership figures.

The FX Marvel series everybody loved and now has forgotten about, Legion. The brilliant superhero series starring Dan Stevens as the lead character David Haller, who is thought to be a paranoid schizophrenic and is admitted psychiatric facility, but when he gets there he meets and realizes that he may not be sick after all. The series is brilliantly bonkers and completely throws out the norms of a superhero series.

Good Omens is one of the most relaxing apocalyptic series ever made. The Prime Video original series is based on Neil Gaiman and Terry Pratchett’s book of the same name and it follows an angel and a demon trying to stop the coming apocalypse.

The Twilight Zone is one of the most brilliant and trippy series that has ever been made, the series is a virtual and psychological trip into the unknown and very very twisted places and minds. The Twilight Zone premiered over six decades ago and it still holds up very well as far as the stories and the visual experience go and most of the credit for that goes to Rod Serling, the creator of the series.