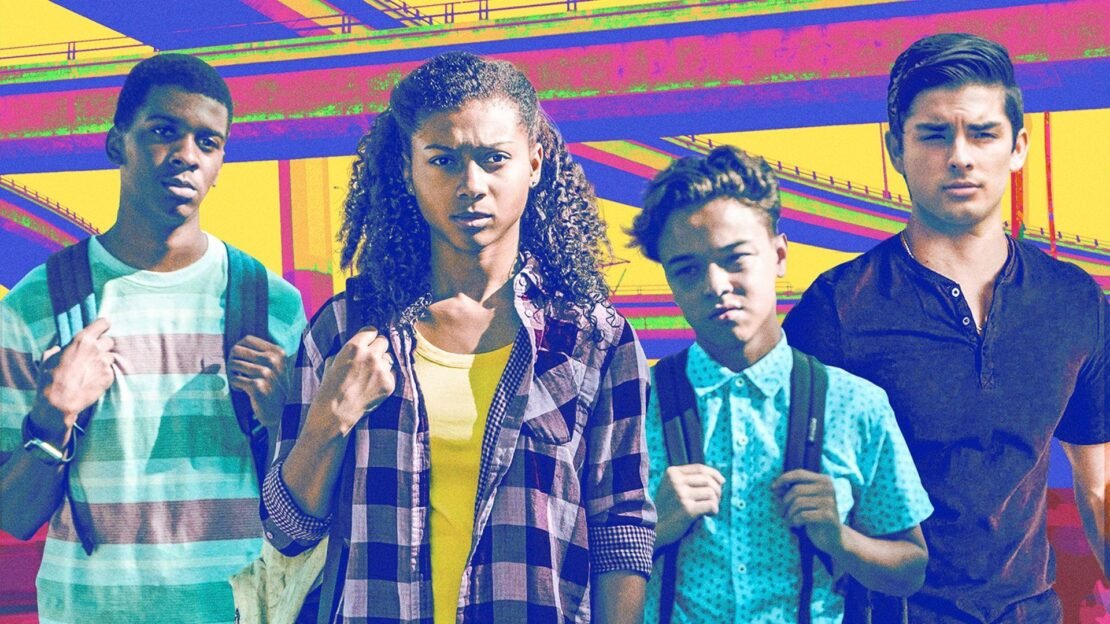 On My Block is American teen comedy series created by Lauren Iungerich, Jeremy Haft, and Eddie Gonzalez. The Netflix series stars Sierra Capri, Jason Genao, Brett Gray, Diego Tinoco, and Jessica Marie Garcia. On My Block follows a group of friends living in a rough part of a Los Angeles neighborhood named Freeridge. The gang has been friends for their whole life, but this friendship is tested through various hurdles thrown at them by the jungle called high school. On My Block is one of the most surreal comedy shows and it ran for four brilliant seasons ending with its fourth and final season in 2021. It has been over a year since we saw the last of On My Block episodes and if you miss the series here are some shows you could watch to fill the time.

Synopsis: Cobra Kai takes place over 30 years after the events of the 1984 All Valley Karate Tournament with the continuation of the inescapable conflict between Daniel LaRusso (Ralph Macchio) and Johnny Lawrence (William Zabka).

Synopsis: The unexpected election of activist Samantha White (Tessa Thompson) as head of a traditionally black residence hall sets up a college campus culture war that challenges conventional notions of what it means to be black. While Sam leverages her notoriety as host of the provocative and polarizing radio show “Dear White People” to try to prevent the college from diversifying Armstrong Parker House, outgoing head-of-house Troy Fairbanks (Brandon P. Bell), son of the university’s dean (Dennis Haysbert), defies his father’s lofty expectations by applying to join the staff of Pastiche, the college’s influential humor magazine. Lionel Higgins (Tyler James Williams), an Afro-sporting sci-fi geek, is recruited by the otherwise all-white student newspaper to go undercover and write about black culture—a subject he knows little about—while the aggressively assimilated Coco Conners (Teyonah Parris) tries to use the controversy on campus to carve out a career in reality TV. But no one at Winchester University is prepared for Pastiche’s outrageous, ill-conceived annual Halloween party, with its “unleash your inner Negro” theme throwing oil on an already smoldering fire of resentment and misunderstanding. When the party descends into riotous mayhem, everyone must choose a side.

Synopsis: The Young Offenders television series follows the coming of age adventures of lovable rogues Conor & Jock (Alex Murphy and Chris Walley, reprising their roles from the smash hit feature film) as they navigate their awkward teenage years, hatching plans and adventures to help distract from their tough home lives and their inability to stay out of trouble at school. Conor’s long suffering mother Máiréad (Hilary Rose) tries to keep both her son and his best friend on the straight and narrow, with varying degrees of success.

Also Read: Best Shows Like ‘The O.C.’ To Watch If You Miss the Series