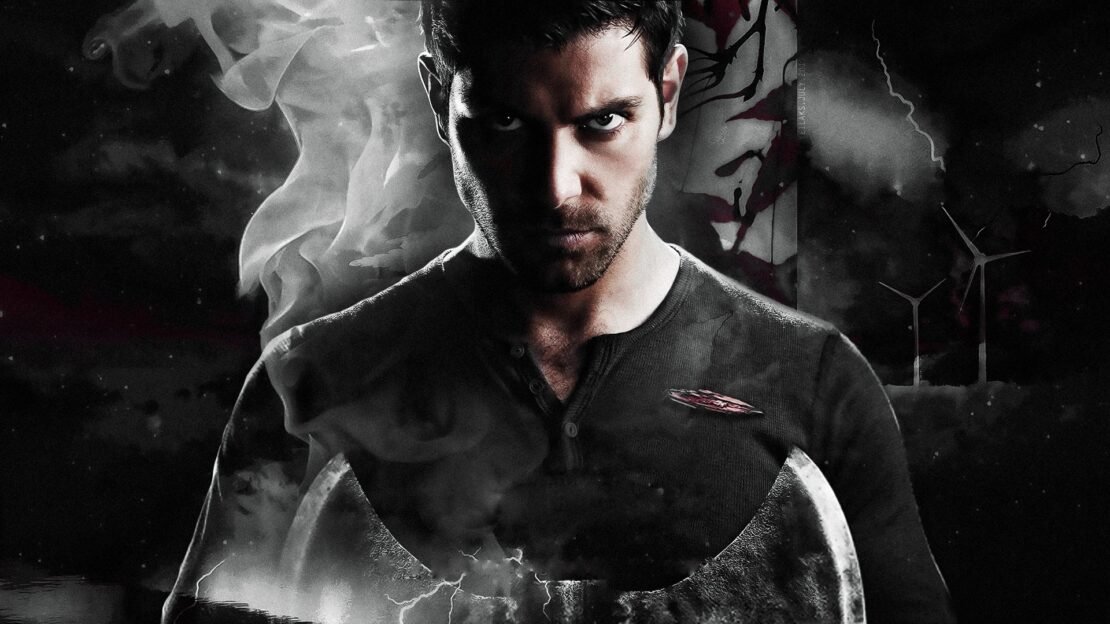 Grimm is a fantasy procedural NBC series that ran for six brilliant seasons blending multiple genres in an immersive story. The series follows Detective Nick Burkhardt (David Guintoli), a Portland cop who finds out that he is an important member of a long line of magical enforcers named Grimm, who keep the secret world of supernatural creatures separate from the world of normal humans. When Nick finds out that he is a Grimm he is barely able to handle anything because until recently he was one of those normal humans, whom he is now trying to protect from the various supernatural creatures. Nick isn’t alone in this fight though because he has the support of a wonderful friend and partner Hank (Russell Hornsby), girlfriend Juliette (Elizabeth Tulloch), and a new supernatural friend Monroe (Silas Weir Mitchell). While Grimm is a pretty unique series, that doesn’t mean there are no similar shows that have a few elements similar to the NBC series. Grimm ended its run in 2017 and if you have missed the series since then here are some more shows you could watch to pass the time.

Fringe is a brilliant sci-fi series from the genius minds of J.J. Abrams, Roberto Orci, and Alex Kurtzman. Fringe is a sci-fi paranormal series that follows the fictional Fringe Division of the FBI, supervised by the Department of Homeland Security. The Fringe Division uses fringe science to investigate unexplained phenomena all of which are tied to a parallel dimension. The series follows Agent Olivia Dunham (Anna Torv) as she recruits private contractor Peter Bishop (Joshua Jackson) to join the team so that he can help them with working with his father Walter Bishop (John Noble), who is a legend in the field of fringe science. Fringe ended with its fifth and final season in 2013 and is still considered to be one of the best sci-fi series ever made.

Torchwood is a spinoff of the long-running popular British sci-fi series “Doctor Who”, and also Torchwood is an anagram of the original series name. The spinoff series follows Captain Jack Harkness (John Barrowman), who first appeared in the newly launched 2005 Doctor Who series. Captain Jack Harkness is a flirtatious conman and adventurer from the 51st century. He fills the role of the leader for the Torchwood team, which investigates the unexplainable phenomena these things mostly come through the time-space rift, where their home base is located. Torchwood’s investigation attracts some attention from police officer Gwen Cooper (Eve Myles), who ends up joining the team after they suffer a tragic loss. While the original Torchwood series only ran for two seasons, it has been brought up two times after that including the 2009 miniseries “Torchwood: Children of Earth,” and 2011’s “Torchwood: Miracle Day.”

Tru Calling is a supernatural drama and it follows Tru Davies (Eliza Dushku), who has the power to relive the last day of a dead person’s life. Tru is a college student whose college internship falls through so she starts working in the local morgue and when a dead body pretty much sits up and asks for her help, she finds out about her extraordinary power and tries to prevent the deaths of people who she comes in contact with through the morgue. The series also stars Zach Galifianakis as the morgue supervisor and Tru’s friend Davis, Jason Priestly as Jack Harper, who is a counterpart to Tru and tries to stop Tru from using her power, and Shawn Reaves as Tru’s estranged father Harrison Davies.

iZombie is a fantasy drama developed by Rob Thomas and Diane Ruggiero-Wright and it is based on a comic book series of the same name which was created by Chris Roberson and Michael Allred. The series ran on the CW Network for five seasons and it follows a brilliant medical student Olivia, who is living in Seattle and has big plans for her future. But things get complicated when she turns into a zombie, after that she has to abandon her entire life and her boyfriend. Olivia quickly realizes that if she does not satisfy her cravings for the human brain she turns into the kind of zombie that all of us are familiar with, to avoid that she takes up a job at the King County morgue where she eats the brains of the dead bodies that come through the morgue. She then finds out that after eating someone’s brain she gets some glimpses into the life of the individual, which could help in murder cases. So she joins hands with the Police Detective Clive Babineaux in order to help him catch murderers.