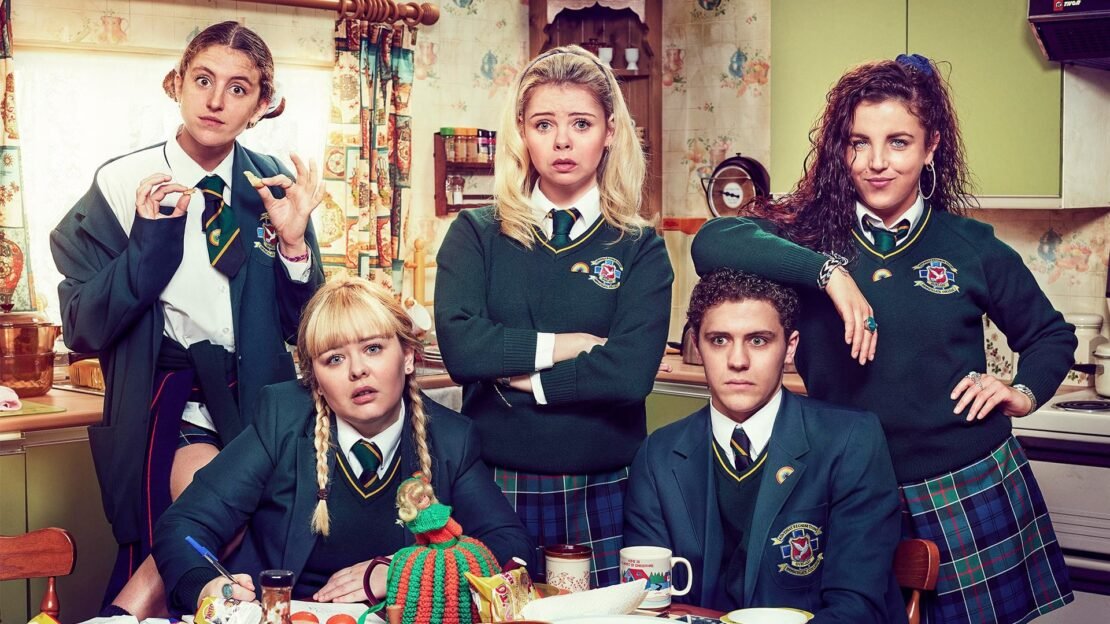 Derry Girls is one of the best comedy series out there and it is the most successful Channel 4 comedy series since Father Ted. The series is created by Lisa McGee, and it follows four Irish girls and one English boy, who have named themselves the Derry Girls. The series is full of wacky antics and sarcastic jabs all set in the time when Northern Ireland was going through one of the most profound tragedies. While the historical background is really bleak and violent that doesn’t stop the series from having fun and really show how the kids can be happy even during such a bleak time. Derry Girls ended with its third and final season this year and I think most of us are already missing the series. So, here are more shows you could watch to pass the time and laugh until your stomach hurts.

Synopsis: A warm family comedy about a young boy growing up in a chaotic and creative household in late 1980s Ireland. This semi-autobiographical series is written by and stars Chris O’Dowd as the imaginary friend of 11 year old Martin, the youngest child in the large, loud Moone family.

Synopsis: From Deadpan Pictures, producers of the International Emmy®-winning Moone Boy, comes this coming-of-age millennial comedy drama following two girls, Aisling and Danielle, as they navigate Dublin and the perilous waters of adulthood. Aisling O’Dowd (Seána Kerslake, A Date For Mad Mary) would rather be shot from an actual cannon than change her routine. She’s lived with best friend Danielle (Nika McGuigan, Philomena, Traders) all through college and ever since. They fit together like a perfectly constructed knife in its holster, protecting each other from the sharp edges of the world. But something is stirring. Danielle would never admit it but she is becoming less and less enamoured with the life they have created… The two girls have one thing in common – a fear of reality. They don’t know it yet. But reality has them firmly on its radar.

Synopsis: The Young Offenders television series follows the coming of age adventures of lovable rogues Conor & Jock (Alex Murphy and Chris Walley, reprising their roles from the smash hit feature film) as they navigate their awkward teenage years, hatching plans and adventures to help distract from their tough home lives and their inability to stay out of trouble at school. Conor’s long suffering mother Máiréad (Hilary Rose) tries to keep both her son and his best friend on the straight and narrow, with varying degrees of success.