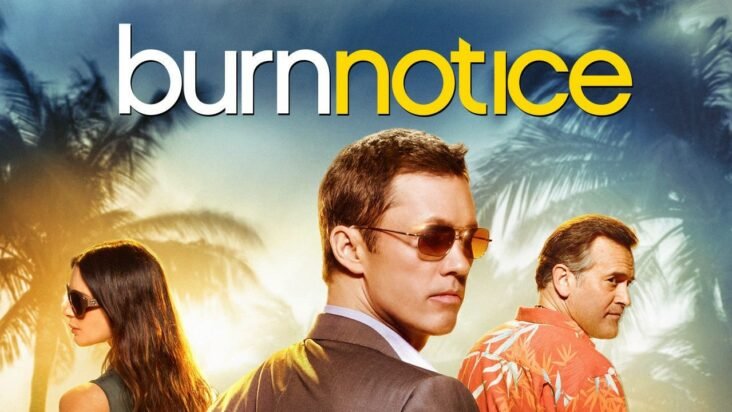 Burn Notice is one of the most underrated action thriller series ever. The USA Network series follows Michael Weston, an ex-CIA agent who was burned by the agency without any explanation or reason. The burn notice makes it impossible for him to work anywhere else as the burn notice deems him as an unreliable agent. Weston is provided with two choices either stay in Miami, Florida or get arrested. Weston chooses to stay in Miami while trying to find who was behind ruining his life. Burn Notice premiered in 2007 and ran for seven seasons and one spin-off film, and the series ended over nine years ago in 2013. So, if you miss the series here are some of the best shows like Burn Notice you can watch to pass the time.

Synopsis: Meet Annie Walker (Piper Perabo, Coyote Ugly): smart, stunning and the CIA’s newest field operative in one of their most secretive branches. Suddenly summoned by headquarters for active duty one month before training is over, she’s quickly thrown into a shadowy world full of cons, killers and international crime rings. What she doesn’t know is there’s something—or someone—from her past that her bosses want badly enough to put her in harm’s way. She just has to survive long enough to find out why.

Synopsis: Set in New York City, this procedural centers on an ex-CIA agent, presumed dead, who partners with a mysterious billionaire to prevent violent crimes. Using data siphoned off the U.S. intelligence agencies’ threat matrix — information not related to terrorism, but rather violent crimes of a personal nature — during each episode, the former CIA agent and his enigmatic partner identify a “person of interest” and set about solving the mystery of the impending crime. Tapping into the world’s Big Brother-like surveillance network, the shadowy duo knows that something bad is going to happen; it’s their mission to discover what that event will be…. and somehow prevent it.

Synopsis: In this character-based psychological thriller, Erica Shepherd (Jennifer Carpenter), a brilliant former CIA operative now known as one of the most notorious traitors in recent American history, is serving life in a Supermax prison. Against every fiber of his being, but with nowhere else to turn, FBI agent Will Keaton (Morris Chestnut) enlists Shepherd to help track down a fiercely dangerous and elusive criminal she knows all too well. While Shepherd and Keaton have different motivations for bringing the enemy to justice, they both know that to catch a spy… they must think like one. The cast includes Jennifer Carpenter, Morris Chestnut, Raza Jaffrey, Kelli Garner, Cassandra Freeman and Noah Mills.

Synopsis: In this sexy and suspenseful series featuring international action star Maggie Q (Mission: Impossible III) in the title role, Nikita has gone rogue. Division is an ultra-secret government agency whose operatives are recruited young people with severed ties to family, friends and society. Trained to be invisible assassins, no one ever leaves Division — except the charming and deadly Nikita, who has managed to escape, making it her mission to undermine the now-corrupt organization. A force to be reckoned with, the rogue Nikita taunts Division, staying on their radar, but always one step ahead. Yet as determined as Nikita is to bring down her former agency, there are those just as determined to stop her. Division’s newest recruit, Alex (Lyndsy Fonseca, Kick-Ass), is a beautiful young woman who seems destined to replace Nikita as their next top operative. Filled with twists and thrills, Nikita also stars Shane West, Aaron Stanford, Melinda Clarke and Xander Berkeley.

Synopsis: Sydney Bristow (Jennifer Garner) discovers that her employer, SD6, is not part of the government but actually an enemy organization. She goes to work undercover at SD6 as a double agent, while actually working with the CIA. Her greatest ally is another fellow double agent: her father.

Synopsis: Sullivan Stapleton (300: Rise of an Empire), Jaimie Alexander (Thorfilms) and Oscar® nominee Marianne Jean-Baptiste (Without a Trace) star in this one-hour action thriller from Berlanti Productions (The Flash, Arrow, Pan) and writer/executive producer Martin Gero. Stapleton stars as hardened FBI agent Kurt Weller, who is drawn into a complex conspiracy when a naked amnesiac, Jane Doe (Alexander), is found in Times Square covered in a series of cryptic tattoos …including his name on her back. As Weller and his teammates at the FBI — among them, wartime vet Edgar Reed, the secretive Tasha Zapata and Assistant Director Mayfair (Jean-Baptiste) — begin to investigate the veritable treasure map that are Jane Doe’s tattoos, they are drawn into a high-stakes underworld that twists and turns through a labyrinth of secrets and revelations — the information they uncover might ultimately change the world. At the center of this mystery is the relationship between Weller and Jane Doe. With every passing day, Jane unveils a new skill or a hidden talent without understanding its origin, while Weller is drawn deeper into his troubled, complicated relationship with this enigmatic woman. They both strive to make a connection, unaware of the dangerous blindspot that threatens them. 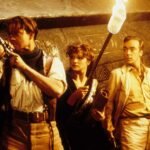 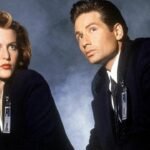