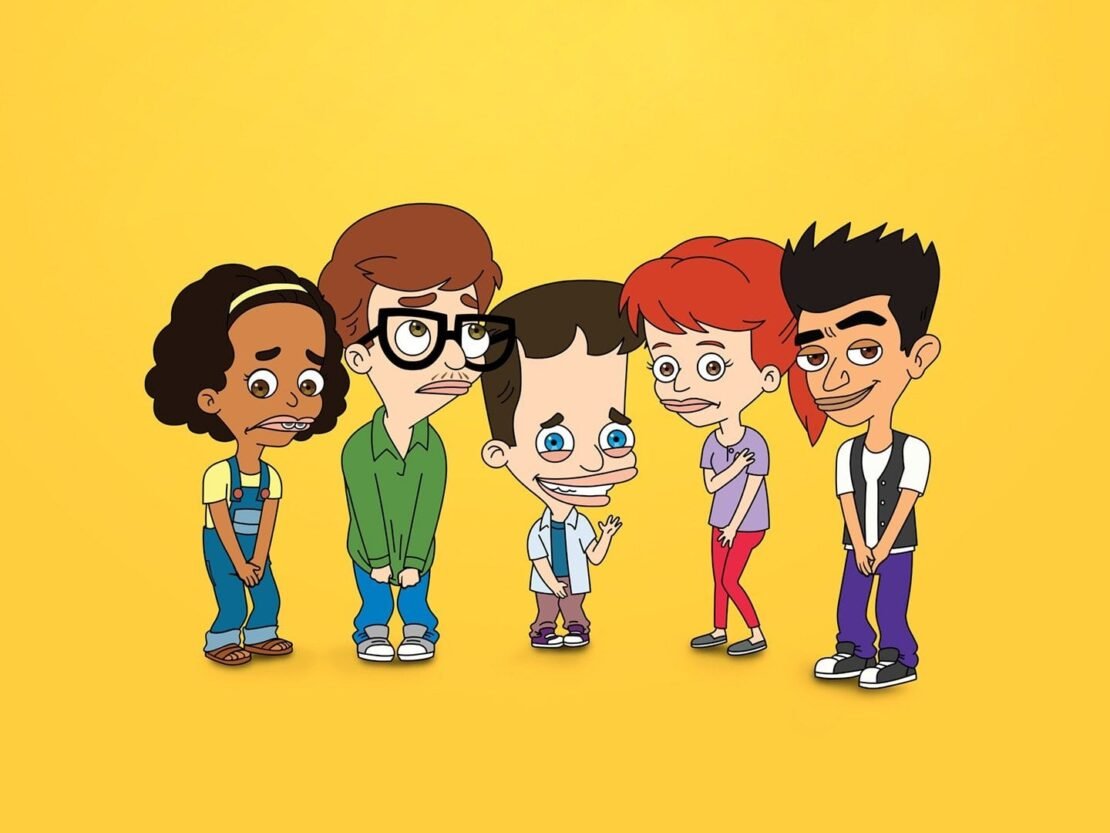 Big Mouth is an animated coming-of-age comedy-drama series created by Andrew Goldberg, Nick Kroll, Mark Levin, and Jennifer Flackett. The Netflix series is based on Kroll and Goldberg’s childhood in suburban New York. Big Mouth explores subjects like puberty and the human body, but with a kind of humor that you can’t see anywhere else. Big Mouth premiered on the streamer in 2017, and recently Big Mouth concluded its sixth season and has been renewed for a seventh season. So, if you also like the series here are some more shows you should watch.

Freaks and Geeks is a teen comedy-drama series created by Paul Feig. The NBC series follows a group of high schoolers as they go through their daily lives while attending William McKinley High School. The series stars many of the big names in Hollywood today such as James Franco, Seth Rogen, Sam Levine, Jason Segel, Linda Cardellini, and John Francis Daley. Freaks and Geeks is still considered to be one of those shows that were canceled absolutely too early as the series only lasted for its first season.

The Inbetweeners is one of the best cringe comedy series. The Channel 4 series follows four socially awkward guys going through the rocky waters of adolescence. While the series does have its moments in some kind of seriousness it is overall a brilliant comedy series. The Inbetweeners stars Simon Bird, James Buckley, Joe Thomas, and Blake Harrison.

Sex Education is one of the most relatable and expertly written teen series currently running right now. The Netflix series follows Otis Milburn, a high school boy who is confused about his sexuality, but knows almost everything about the topic theoretically because his mother is an expert in the field and has always been open about sharing the knowledge. Armed with the knowledge of sex, Otis opens his own consulting business in his school with his crush Maeve. Sex Education aired its third season last year and it has been confirmed that it will be returning for its fourth season and also Dan Levy (Schitt’s Creek) will also be appearing in the upcoming season.

Fans of Netflix’s tragicomedy BoJack Horseman know that there is no series that will ever make them feel the way that Raphael Bob-Waksberg’s comedy did. BoJack Horseman is one of the best quirky comedies that handles so many heavy topics like mental health issues that are never really discussed in mainstream comedy shows or movies. BoJack Horseman was a brilliant series that was loved by critics and the audience alike, but sadly it had to come to an end after its sixth and final season.

F is for Family is one of the best adult animated series about a family. Created by Bill Burr and Michael Price the Netflix original series follows Frank Murphy voiced by Burr, who brings his unique comedy to the series brilliantly as he has talked about his childhood in many interviews and talk shows, the comedian brings many elements of his childhood into the series hilariously. The series ran for over six years and during its five-season run, F is for Family garnered millions of fans because of its edgy comedy.