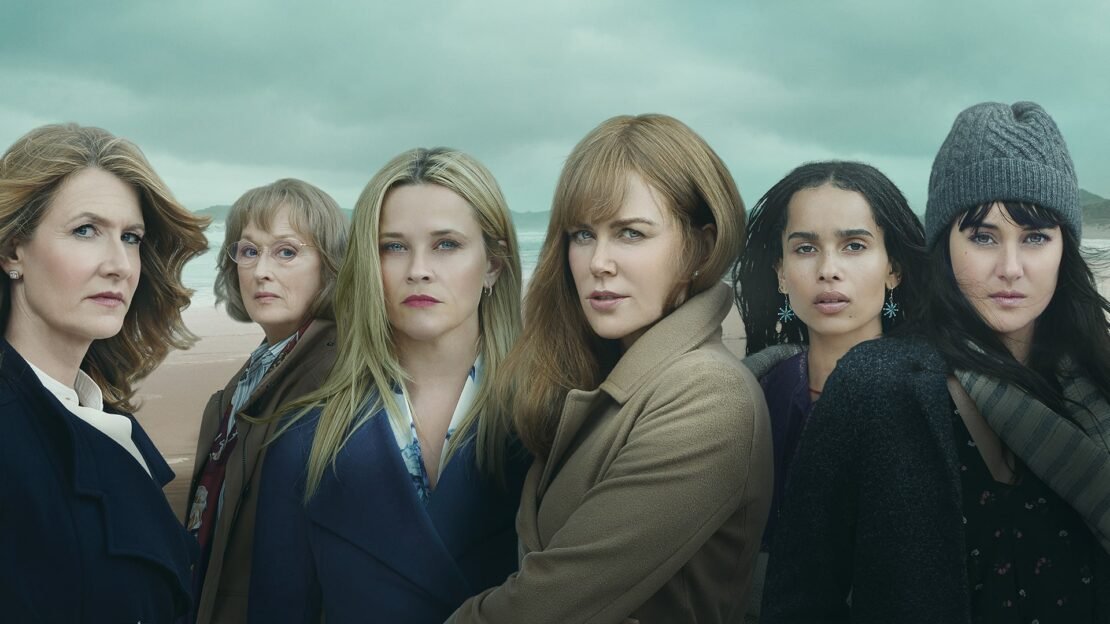 HBO’s brilliant drama series Big Little Lies became an instant hit for the cable network when it debuted in 2017 and it was loved by both critics and the audience. The HBO series is based on the novel of the same name by Liane Moriarty and it was for the small screen by creator David E. Kelley. From the get-go, Big Little Lies sets up a mysterious death in its first episode and then we see the lead-up to the murder in the rest of the season. Big Little Lies is set in a rich community of Monterey, CA, and it follows a group of mothers that live in the community. The series stars Reese Witherspoon as Madeline, Nicole Kidman as Celeste, Laura Dern as Renata, Shailene Woodley as Jane, and Zoë Kravitz as Bonnie.

After the series’ first season ended it was nominated for 16 Emmys and it won 8 of them including the Outstanding Limited Series and acting awards for Kidman, Dern, and Alexander Skarsgård. Even though Big Little Lies was only supposed to be a limited series, it was renewed for a second with all of the original cast returning and Meryl Streep joining the cast in the second season. The second season was also a big hit and since then neither the creators nor HBO confirmed the third season of the series but most of the cast has expressed their wish to return to the series. So, if you also like Big Little Lies and are in wait for its third season here are some shows you could watch to wait until the third season gets renewed.

Mare of Easttown is another brilliant HBO drama series and it follows Mare Sheehan (Kate Winslet) as she investigates the murder of a local teen mother, Erin (Cailee Spaeny). The series starts out with the horrific murder and throughout Mare tries to put the pieces together and find out who committed the murder while also dealing with her own personal demons. Mare of Easttown also stars Evan Peters and Jean Smart. Mare of Easttown debuted on HBO in 2021 and it was loved by both critics and the audience. Winslet was praised for her leading role in the series and the series earned 16 Emmy Nominations.

Sharp Objects is an HBO limited series with brilliantly written flawed and messy characters. Camille Preaker is the lead character in the series and she is played by the genius actor Amy Adams. Sharp Objects is based on a novel of the same name by the “Gone Girl” famed author Gillian Flynn. The HBO series follows Camille Preaker, a crime reporter who is struggling with alcoholism as she returns to her hometown to investigate the murder of two young girls. Camille stays with her critical socialite mother, Adora played by Patricia Clarkson. As the story progresses Camille is forced to face her own past and demons. Almost every critic alive praised Sharp Objects writing for its brilliant story and characters.

Succession is currently the best series on television right now and there is no doubt about that while there is no mystery element to the series, the politics and backstabbing nature of the characters in the series definitely don’t need any kind of help to make Succession a must watch. The HBO series follows the rich and spoiled Roy family which includes Kendall Roy (Jeremy Strong), Shiv Roy (Sarah Snook), Roman Roy (Kieran Culkin), the head of the family, and the vast media company Logan Roy (Brian Cox). The series follows the same kind of the story of succession as we have seen many times before but the characters in the series are what make this backstabbing and ruthless family fun and a must-watch for anyone who likes shows such as Game of Thrones, and House of the Dragon.

Broadchurch is a brilliant British drama series and while it is more of a crime thriller series, it does have a drama element to it. Created by Chris Chibnall, Broadchurch ran for three seasons from 2013 to 2017. Broadchurch stars David Tennant (Doctor Who) and Olivia Colman (The Crown) as the lead characters in the series and the supporting cast includes Jodie Whittaker, Andrew Buchan, and Charlotte Beaumont. The series is set in a small fictional town named Broadchurch and it follows detectives Alec Hardy (Tennant) and Ellie Miller (Colman) as they investigate a tragic murder of an 11-year-old boy while also dealing with the media attention surrounding the murder.

The Undoing is an HBO limited series and it reunited the Big Little Lies creator David E. Kelley and Nicole Kidman for the first time after the Big Little Lies series ended The Undoing is adapted from a novel named You Should Have Known by author Jean Hanff Korelitz. The series stars Kidman and Hugh Grant in lead roles. The Undoing follows a seemingly perfect couple Jonathan (Grant) and Grace Fraser (Kidman). Grace is a successful and wealthy therapist living in New York but their perfect family begins to unravel when the Fraser family gets caught up in the middle of a murder case. While The Undoing wasn’t as big of a success as Big Little Lies, the HBO limited series is still a brilliantly written thriller drama in the same genre as the aforementioned series.

Safe is a Netflix limited series and it stars Showtime’s Dexter famed actor Michael C. Hall in the lead role. Safe is set in an affluent community and it follows a widowed surgeon Tom (Hall) as he begins to adjust to his life without his wife and takes care of two teenage daughters, and Tom also gets in a new relationship with Sophie (Amanda Abbington), a police detective. The story takes a turn for worse when one of his daughters goes missing with her boyfriend and as he tries to find his missing daughter with the help of his detective girlfriend, he uncovers some secrets of the people closest to him.

The Flight Attendant stars The Big Bang Theory alum Kaley Cuoco in the lead who also serves as an executive producer. The series is based on Chris Bohjalian‘s 2018 New York Bestselling novel of the same name, the dark comedy novel follows a young woman who gets involved in an international murder mystery. The series is written by Susanna Fogel who is well known for her work from The Spy Who Dumped Me, and Booksmart. While the HBO Max series was supposed to be limited series but because it was received so well by the critics and the audience we also got a second season of the series.

The Affair is a Showtime drama series and it opens with a murder and then goes back to show us how the character got to that point. The series is created by Sarah Treem and Hagai Levi and it follows Noah, a man from a wealthy family who starts an extramarital affair with a troubled woman which results in the deterioration of both of their’s respective marriages and ends up in a murder. The series shows us the same events from many different perspectives to show the inconsistencies and lies that were told while remembering the events leading up to the murder. The Affair stars Dominic West and Ruth Wilson in the lead role.