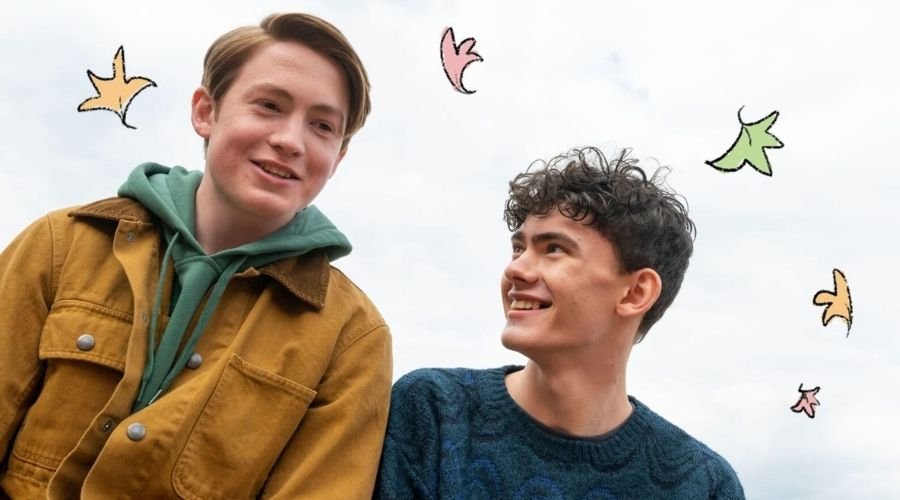 Netflix’s new coming-of-age drama series Heartstopper is out now and there is no doubt that the fans are loving it. The Netflix series has gotten a 100% on Rotten Tomatoes and it is a great addition to LGBTQ+ shows. The series is a brilliant blend of feel-good comedy and romance drama, and it helps that it also features a genius cast. While the fans are waiting for Netflix to renew Heartstopper for a second season you can watch these movies and shows like Heartstopper.

Synopsis: Everyone deserves a great love story. But for seventeen-year old Simon Spier it’s a little more complicated: he’s yet to tell his family or friends he’s gay and he doesn’t actually know the identity of the anonymous classmate he’s fallen for online. Resolving both issues proves hilarious, terrifying and life-changing. Directed by Greg Berlanti (Dawson’s Creek, Brothers & Sisters), written by Isaac Aptaker & Elizabeth Berger (This is Us), and based on Becky Albertalli’s acclaimed novel, LOVE, SIMON is a funny and heartfelt coming-of-age story about the thrilling ride of finding yourself and falling in love.

Synopsis: Award-winning writer/director John Butler (The Stag) returns with Handsome Devil, a charming story of the unlikely friendship between two boarding school roommates – music-mad Ned (Fionn O’Shea) and macho rugby player Conor (Nicholas Galitzine). In this funny and observant coming-of-age tale, the boys take an instant dislike to each other but are encouraged by their English teacher (Andrew Scott) to find their own voices and defy the status quo.

The Half Of It

The Thing About Harry

Synopsis: High school enemies, Harry and Sam, are forced to share a ride to their hometown for a party. Things take a turn when Sam learns Harry has come out. Stuck spending the night together, Harry and Sam wonder if they could be more than friends.

Julie and the Phantoms

Synopsis: High schooler Julie (Madison Reyes) lost her passion for music after her mom died last year. But when the ghosts of three dreamy musicians (Charlie Gillespie, Owen Patrick Joyner, Jeremy Shada) from 1995 suddenly appear in her mom’s old music studio, Julie feels her own inner spirit beginning to reawaken, and she’s inspired to start singing and writing songs again. As their friendship with Julie grows, the boys convince her to create a new band together: Julie and the Phantoms. From Emmy and DGA Award-winning director and choreographer Kenny Ortega (High School Musical, Descendants) and choreographer Paul Becker (Descendants, Mirror Mirror) comes a fresh and exciting new musical series about embracing life’s ups and downs, following your dreams, and discovering the power of your own voice. Dan Cross and David Hoge (The Thundermans, Pair of Kings) serve as showrunners and executive producers on the series, with executive producers George Salinas and Jaime Aymerich of Crossover Entertainment, as well as Michel Tikhomiroff and Fabio Danesi for Mixer Entertainment. Based on the original Brazilian series Julie e os Fantasmas written by Paula Knudsen, Tiago Mello and Fabio Danesi.

Synopsis: When Prince Wilhelm (Edvin Ryding) arrives at the prestigious boarding school Hillerska he finally gets an opportunity to explore his true self and find out what kind of life he really wants. Wilhelm starts dreaming of a future filled with freedom and unconditional love far away from the royal obligations – but when he unexpectedly becomes next in line for the throne his dilemma is heightened as he has to make a choice. Love or duty.