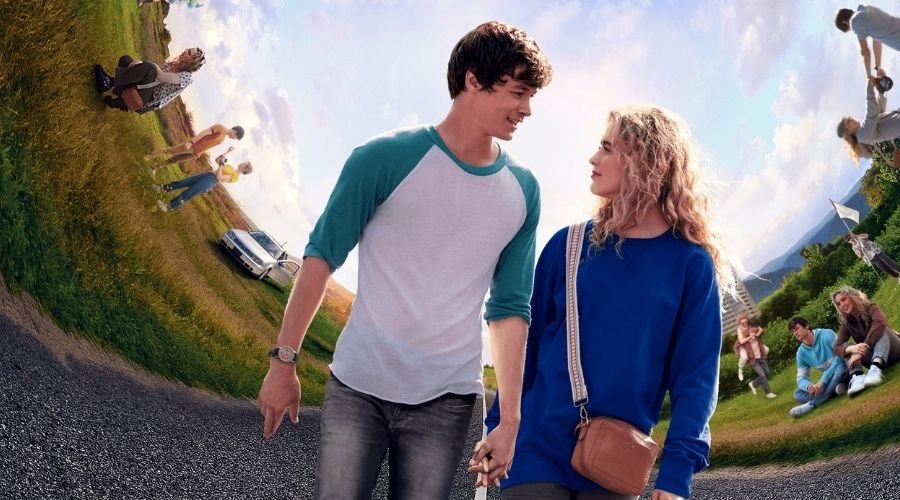 Prime Video has a great library of movies in which it has something for everyone from action to horror lovers, but sometimes you just want to sit back feel the emotions of a romantic movie either with your partner or just alone with a tub of ice cream, and if that day is Valentine’s Day that just makes it more special. So, for Valentine’s Day, we have made a list of the 11 best romantic movies on Prime Video you can watch on Valentine’s Day. The movies on this list will not be ranked.

Synopsis: WHAT IF is the story of medical school dropout Wallace (Daniel Radcliffe), who’s been repeatedly burned by bad relationships. So while everyone around him, including his roommate Allan (Adam Driver) seems to be finding the perfect partner (Mackenzie Davis), Wallace decides to put his love life on hold. It is then that he meets Chantry (Zoe Kazan) an animator who lives with her longtime boyfriend Ben (Rafe Spall). Wallace and Chantry form an instant connection, striking up a close friendship. Still, there is no denying the chemistry between them, leading the pair to wonder, what if the love of your life is actually your best friend? The ensemble romantic comedy costars Megan Park and Oona Chaplin.

Synopsis: In SYLVIE’S LOVE, the jazz is smooth and the air sultry in the hot New York summer of 1957. Robert (Nnamdi Asomugha), a saxophonist, spends late nights playing behind a less-talented but well-known bandleader, as member of a jazz quartet. Sylvie (Tessa Thompson), who dreams of a career in television, spends her summer days helping around her father’s record store, as she waits for her fiancé to return from war. When Robert takes a part-time job at the record store, the two begin a friendship that sparks a deep passion in each of them unlike anything they have felt before. As the summer winds down, life takes them in different directions, bringing their relationship to an end. Years pass, Sylvie’s career as a TV producer blossoms, while Robert has to come to terms with what the age of Motown is doing to the popularity of Jazz. In a chance meeting, Sylvie and Robert cross paths again, only to find that while their lives have changed, their feelings for each other remain the same. Writer/director Eugene Ashe combines romance and music into a sweeping story that brings together changing times, a changing culture, and the true price of love.

Synopsis: What if you saved a souvenir from every relationship you’ve ever been in? THE BROKEN HEARTS GALLERY follows the always unique Lucy (Geraldine Viswanathan), a 20-something art gallery assistant living in New York City, who also happens to be an emotional hoarder. After she gets dumped by her latest boyfriend, Lucy is inspired to create The Broken Heart Gallery, a pop-up space for the items love has left behind. Word of the gallery spreads, encouraging a movement and a fresh start for all the romantics out there, including Lucy herself.

Synopsis: A classic screwball comedy in which Russell plays reporter Hildy Johnson, who, on the eve of her remarriage, is talked into one more assignment by her editor and ex-husband, Grant. While interviewing a condemned man, Hildy realizes that his hanging is planned as a vote-getting measure. Spontaneously, she helps the man escape.

Synopsis: The first shot of Charade shows a pistol swinging ominously into a close-up – and Audrey Hepburn gets a squirt of water right in the eye. And so it goes: Charade is an elegant thriller that manages to spoof its genre while at the same time being uncommonly suspenseful. Cary Grant and Audrey Hepburn are the ideal leads for keeping their cool under preposterous twists in a deadly chase through Parisian environs; the supporting heavies include James Coburn, George Kennedy and Walter Matthau; there are five corpses; the red-herrings are incalculable; the gowns are by Givenchy; the percussive score is by Henry Mancini; and the point of the whole thing is style and wit for their own sake, and what better sake is there? Charade, in its own way, is one of the most radical and experimental films of the ’60s.

The Map of Tiny Perfect Things

Synopsis: The Map of Tiny Perfect Things tells the story of quick-witted teen Mark, contentedly living the same day in an endless loop whose world is turned upside-down when he meets mysterious Margaret also stuck in the time loop. Mark and Margaret form a magnetic partnership, setting out to find all the tiny things that make that one day perfect. What follows is a love story with a fantastical twist, as the two struggle to figure out how – and whether – to escape their never-ending day.

Synopsis: Based on the real-life courtship between Kumail Nanjiani and Emily V. Gordon, THE BIG SICK tells the story of Pakistan-born aspiring comedian Kumail (Nanjiani), who connects with grad student Emily (Kazan) after one of his standup sets. However, what they thought would be just a one-night stand blossoms into the real thing, which complicates the life that is expected of Kumail by his traditional Muslim parents. When Emily is beset with a mystery illness, it forces Kumail to navigate the medical crisis with her parents, Beth and Terry (Holly Hunter and Ray Romano) who he’s never met, while dealing with the emotional tug-of-war between his family and his heart. THE BIG SICK is directed by Michael Showalter (HELLO MY NAME IS DORIS) and producer by Judd Apatow (TRAINWRECK, THIS IS 40) and Barry Mendel (TRAINWRECK, THE ROYAL TENENBAUMS).

Synopsis: A budding yuppie business executive in New York City gets picked up by a sexy, wacked out woman. They spend a wild weekend together. She cons him into posing as her husband. They visit her mom, attend her high school reunion, and have a violent run-in with her ex-husband, a psycho con just out of jail.

Synopsis: “Get ready for fun!” (Leah Rozen, People) with the “feel good movie of the year!” (Clay Smith, Access Hollywood) Love Actually is the ultimate romantic comedy from the makers of Bridget Jones’s Diary and Notting Hill. Funny, irresistible and heartwarming, an all-star cast (Hugh Grant, Liam Neeson, Colin Firth and Emma Thompson, to name a few!) will take you on a breathtaking tour of love’s delightful twists and turns. Fall under the spell of Love Actually and share the laughs and charm again and again.