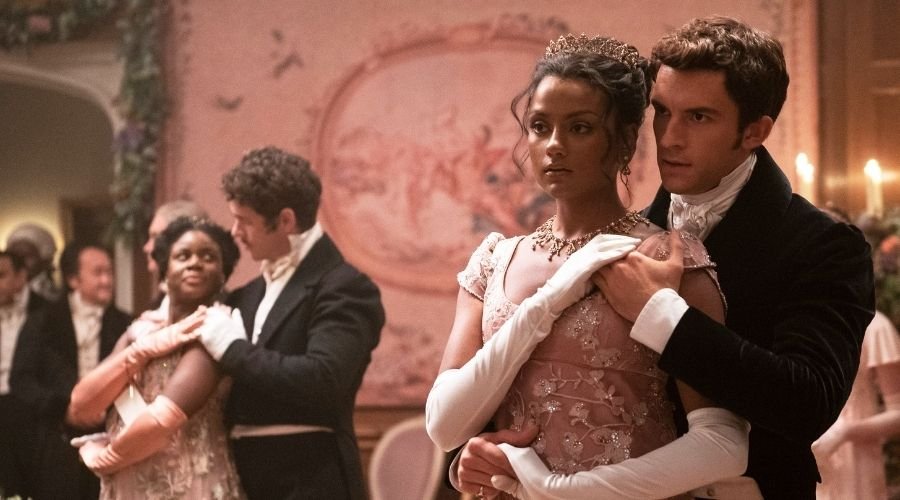 Bridgerton has become an obsession for nearly everyone watching the series and it is no surprise because it has romance, drama, and dance all in a period setting. Netflix’s Bridgerton just aired its second season on the streamer and so far fans seem to enjoy it. With the second season now gone for a few weeks, and the third season not coming for some time there is a lot of waiting time for the fans so we made a list of the 7 best period drama movies you can watch if you are a fan of Bridgerton.

Synopsis: A “modern” young woman of the 16th century, Danielle (Drew Barrymore) is as independent and wise as she is beautiful and kind. Against remarkable odds, she stands up to her scheming stepmother (Angelica Huston) and works miracles on the lives of everyone around her, including the crown prince of France (Dougray Scott)! Now you can relive this captivating, contemporary retelling of the classic fairytale.

Much Ado About Nothing

Synopsis: In this Shakespearean farce, Hero (Kate Beckinsale) and her groom-to-be, Claudio (Robert Sean Leonard), team up with Claudio’s commanding officer, Don Pedro (Denzel Washington), the week before their wedding to hatch a matchmaking scheme. Their targets are sharp-witted duo Benedick (Kenneth Branagh) and Beatrice (Emma Thompson) — a tough task indeed, considering their corresponding distaste for love and each other. Meanwhile, meddling Don John (Keanu Reeves) plots to ruin the wedding.

Synopsis: Jane Austen’s beloved comedy about finding your equal and earning your happy ending, is reimagined in this delicious new film adaptation of Emma. Handsome, clever, and rich, Emma Woodhouse is a restless queen bee without rivals in her sleepy little town. In this glittering satire of social class and the pain of growing up, Emma must adventure through misguided matches and romantic missteps to find the love that has been there all along.

Synopsis: At the start of the 19th century, young Fanny Brawne meets aloof poet John Keats. She, insolent and frivolous, likes to shine in society when he, a penniless poet, is entirely up to the demands of artistic creation. Despite their differences, an intense and delicate passion blossoms between them.

Synopsis: In this charming love story based on the best-selling novel, Saoirse Ronan stars as Eilis Lacey, a young Irish immigrant navigating her way through 1950s Brooklyn. The initial shackles of homesickness quickly diminish as a fresh romance sweeps Eilis into the intoxicating charm of love. But soon, her new vivacity is disrupted by her past and Eilis must choose between two countries and two men.

Synopsis: One of the greatest love stories of all time, Pride & Prejudice, comes to the screen in a glorious new adaptation starring Keira Knightley. When Elizabeth Bennett (Knightley) meets the handsome Mr. Darcy (Matthew MacFadyen), she believes he is the last man on earth she could ever marry. But as their lives become intertwined in an unexpected adventure, she finds herself captivated by the very person she swore to loathe for all eternity. Based on the beloved masterpiece by Jane Austen, it is the classic tale of love and misunderstanding that sparkles with romance, wit and emotional force.