Netflix is nothing if not a goldmine of content, with basically something to watch for everyone, and today we are making a list of the best 7 new shows on Netflix in July 2022 that you can watch right now. The shows in this list are not ranked.

Synopsis: It’s been six months since the Battle of Starcourt, which brought terror and destruction to Hawkins. Struggling with the aftermath, our group of friends are separated for the first time – and navigating the complexities of high school hasn’t made things any easier. In this most vulnerable time, a new and horrifying supernatural threat surfaces, presenting a gruesome mystery that, if solved, might finally put an end to the horrors of the Upside Down.

Synopsis: Over the course of one night, a high school senior, who’s lived her life safely under the radar, seizes the opportunity to change her narrative and start living an epic life, only to find out the next morning… she’s a motherf*%king ghost.

Synopsis: Jack Black returns to Kung Fu Panda in the new series Kung Fu Panda: The Dragon Knight. When a mysterious pair of weasels set their sights on a collection of four powerful weapons, Po must leave his home to embark on a globe-trotting quest for redemption and justice that finds him partnered up with a no-nonsense English knight named Wandering Blade. Together, these two mismatched warriors set out on an epic adventure to find the magical weapons first and save the world from destruction — and they may even learn a thing or two from each other along the way.

Synopsis: Year 2036 – 14 years after the spread of Joy caused so much pain, Jade Wesker fights for survival in a world overrun by the blood-thirsty infected and mind-shattering creatures. In this absolute carnage, Jade is haunted by her past in New Raccoon City, by her father’s chilling connections to the sinister Umbrella Corporation but mostly by what happened to her sister, Billie.

Synopsis: From the creators of Brickleberry and Paradise PD, Roger Black and Waco O’Guin, comes the outrageous sci-fi animated comedy series Farzar. Egotistical human warrior Renzo liberated the planet Farzar from the evil alien Bazarack, and then established a human settlement under a huge dome, becoming the Czar of Farzar. Years later, Farzar is under attack by the evil aliens once again and Renzo’s well-meaning and not-so-bright son Prince Fichael ventures out with his special crew “S.H.A.T.” (Special Hostile Assault Team!), made up of a human-solider-turned-cyborg (Scootie), clashing conjoined twins (Val and Mal), an unhinged scientist (Barry Barris), a highly incapable mutant (Billy) and a mischievous little alien known as a chaos-celot. (Zobo). As they begin their journey to fight the aliens that want to kill/eat them, Fichael quickly discovers that all is not what it seems and he may be living a lie.

Synopsis: Despite not knowing whether her baby belongs to her deceased husband, Mark or Jack, Mel begins Season Four with a sense of optimism. For years she yearned to be a mother and her dream is one step closer to reality. While Jack is supportive and excited, the question of paternity continues to gnaw at him. Complicating matters is the arrival of a handsome new doctor, who’s in the market to start a family of his own. Hope is still healing from her car accident, and the lingering psychological effects of her brain injury will have profound consequences for both her and Doc. Brie, intent on proving the innocence of the man she loves, unexpectedly finds herself in a closer relationship with Mike and one step closer to Calvin’s violent criminal web. Even as Preacher forges a new romantic connection, he can’t help but hold out hope for being reunited with Christopher and Paige.

Synopsis: Michael (Neil Patrick Harris) thought his life was perfect until his husband blindsides him by walking out the door after 17 years. Overnight, Michael has to confront two nightmares — losing what he thought was his soulmate and suddenly finding himself a single gay man in his mid-forties in New York City. 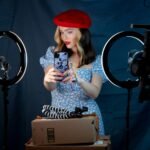 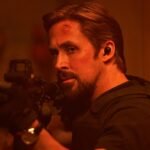